With almost a decade of experience working for Tom Kerridge, Tom De Keyser is the new Head Chef of The Hand and Flowers, the two-Michelin starred pub in Marlow.

Tom grew up in Essex and spent much of his youth helping in his parent’s local pub The Ship, so from an early age he had a taste for hospitality.

An interest in crime led him to Leicester University to pursue a degree in Chemistry and Forensic Science, but once graduated he decided it wasn’t his calling.

In 2010, Tom took a commis chef role at Gordon Ramsay’s York & Albany and honed his skills for two and half years under Head Chef Colin Buchan.

In 2012 Tom joined The Hand and Flowers and in this year the pub made history by becoming the first pub in the world to hold two-Michelin stars.

Tom was promoted to Chef de Partie and developed his passion for quality British ingredients and simple refined cooking. 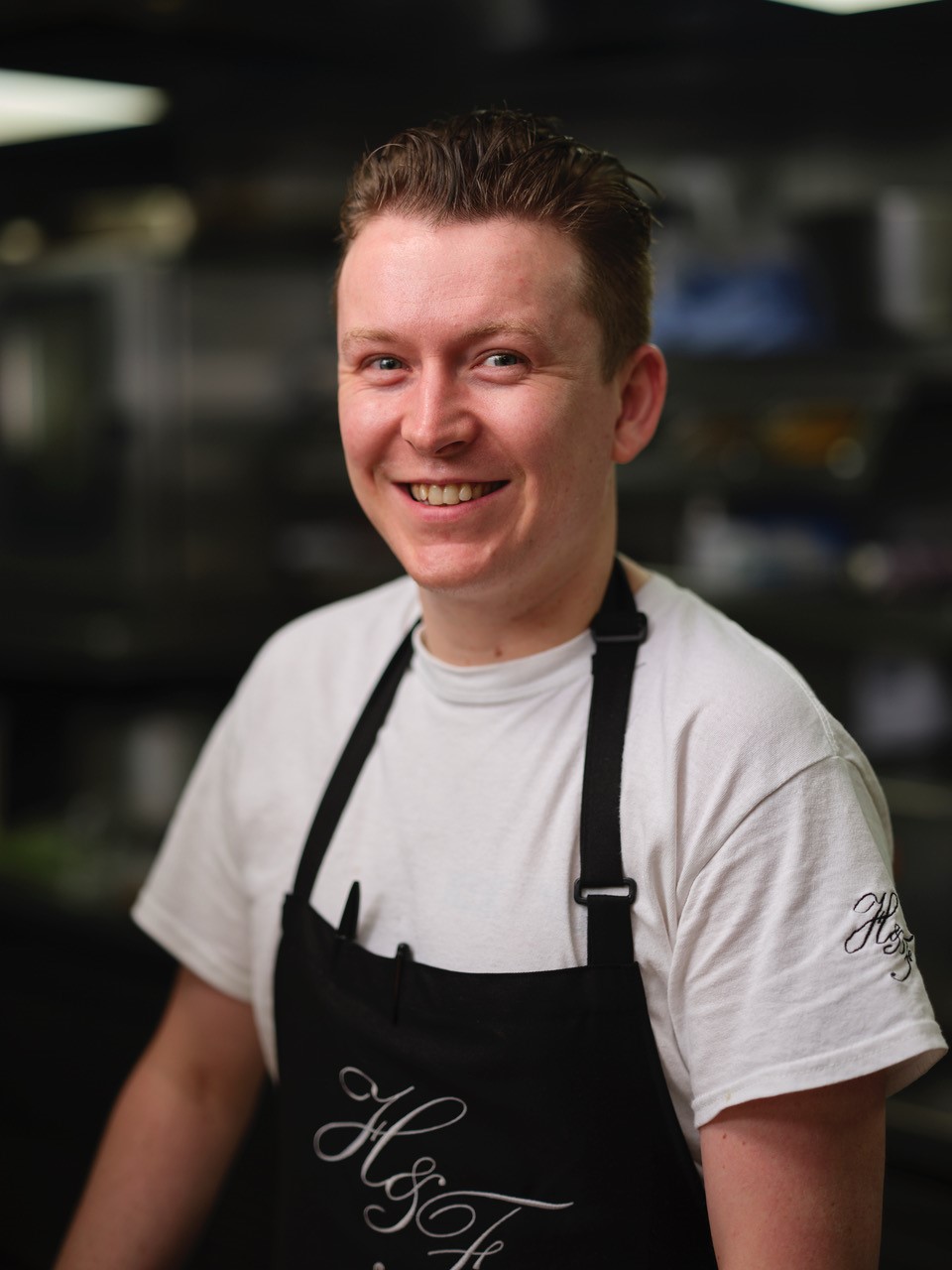 In 2018, Tom won an Acorn Award, recognising the rising stars of the hospitality industry after being nominated by his peers.

Today, Tom leads a tight kitchen brigade and follows in the footsteps of chefs including Jamie May and Aaron Mulliss who each worked alongside Tom Kerridge at The Hand and Flowers.