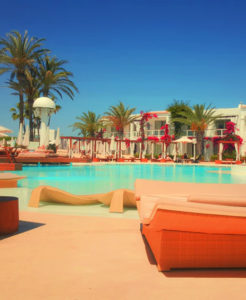 Hotel interior design is a term that one would rarely hear forty years ago. Independent hotels were not designed as such, instead they were decorated. And usually by the hotel owners or a local high street interior decorator. Prior to the boutique hotel revolution of the 1990’s there were no more than a handful of interior design studios and fewer still who specialised in hotel interior design. But then, in the late 1980’s a few pioneering entrepreneurs decided to create a new type of hotel. A design hotel. The concept quickly caught on. Lifestyle magazines began to run hotel interior design features and more importantly, these new hotels caught the imagination of a new type of traveller.

One with aspirations to be a part of trend-setting Britain. Within a decade, this new trend had become mainstream, hotels like One Aldwych, Blakes, The Hempel, Hotel du Vin and Malmaison were leading the way with hotel interior design. Designers like Mary Fox Linton, Anoushka Hempel and David Collins were turning their attention to the hospitality sector and new magazines celebrating hotel inter design were being launched. Magazines like Sleeper and GS Magazine, two of the earliest and best in terms of their modern look and innovative design stories. Hotel interior design is now an accepted term. No respectable new hotel will open without a great interior design story behind it and a celebrated interior designer to take credit for it.