Nestled in the heart of Edinburgh’s Old Town and a UNESCO World Heritage site and designed by Ica, an architecture and interior design studio specialising in hospitality, the first Virgin Hotel outside the USA has recently opened in the oldest part of Scotland’s capital. 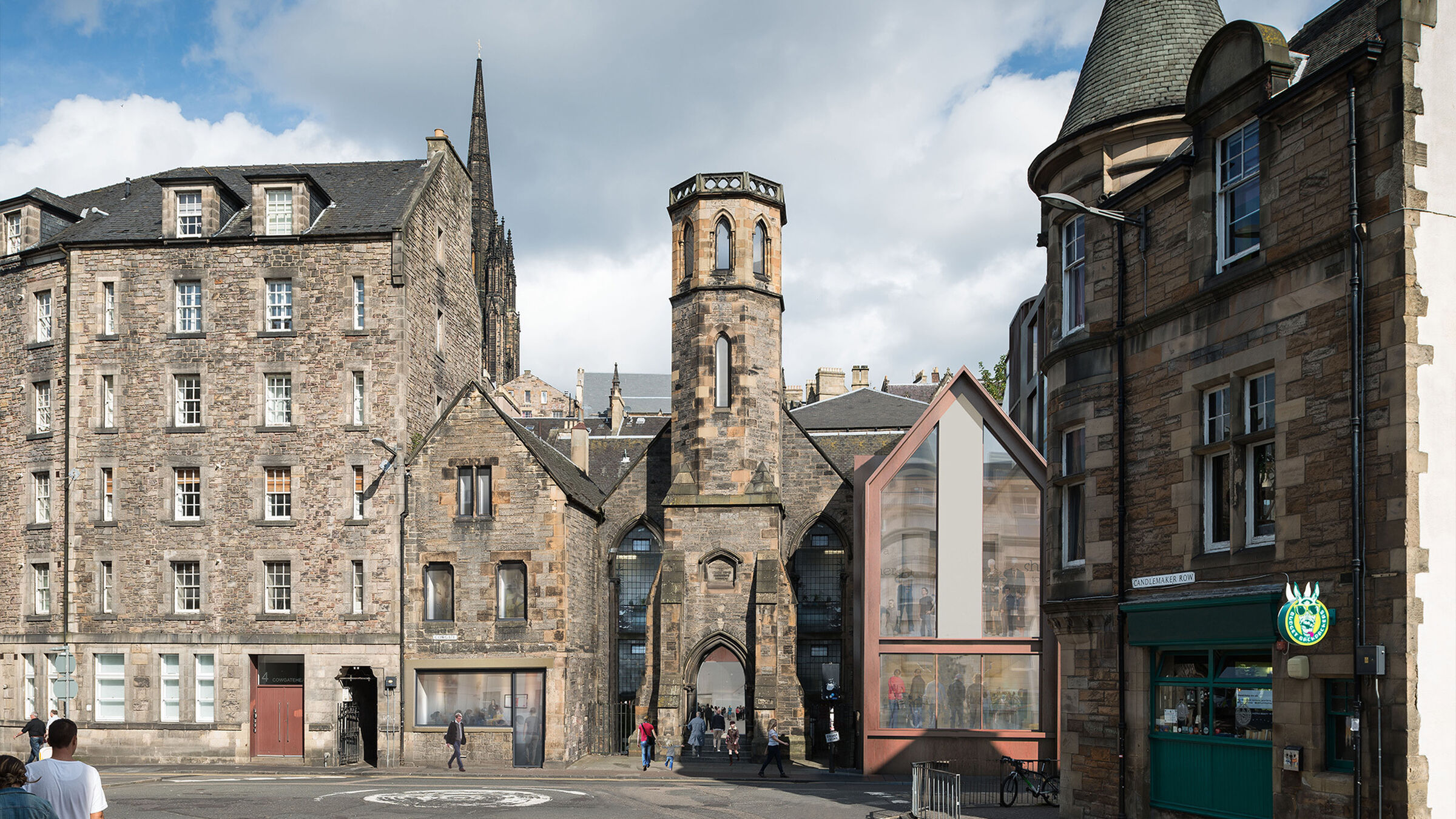 In an area of the capital renowned for its varied topography, picturesque medieval streets, closes and wynds and diverse architectural character, Ica’s challenge was to combine the restoration of three distinctly separate ‘at risk’ listed buildings, which occupy dramatically different levels within the local cityscape, with new build elements carefully considered, to re-establish the historic form of the site, whilst also showcasing a bold, contemporary Edinburgh.

The Ica team’s heritage know-how combined with their creative talent and world-leading hospitality expertise led to a design that was able to unlock the viability of this challenging city-centre site.

Ica’s design allows for the three listed buildings to be linked both to each other and to the new build part of the hotel with sympathetic yet modern interventions, creating a new flow through the complex site and deliberately framing unexpected views out into both the more intimate bustling local streets and closes and towards the grander views of Edinburgh Castle and the Old Town roofscape.

An archaeological excavation unveiled significant historical artifacts – including siege weapons that have re-written the city’s history.

City Archaeologists dated some of the finds to the 10th century, and a portion of the original city walls was uncovered.

The project was extensively de-risked through ­exploration of the existing building fabric, excavation of the gap site and refinement of the design.

Prior to and throughout construction, Ica provided design team leadership, conservation advice and design and construction information, building on an already close relationship with contractor Thomas Johnstone. 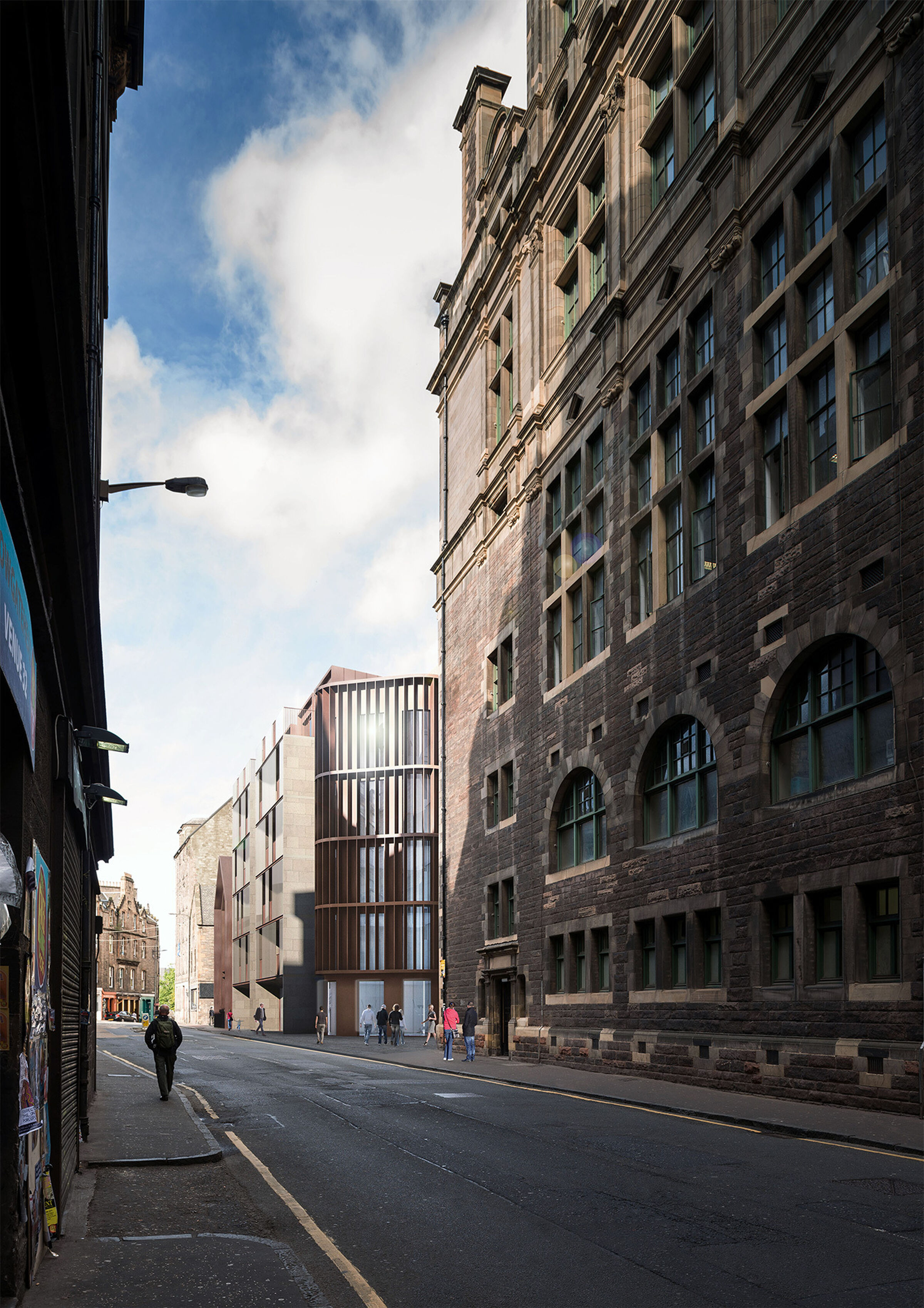 With the hotel nestled in an area steeped in history, an intricate design solution for the new build exterior façade was embraced, creating layers and depth.

Sandstone was used to allow the new build elements to sit harmoniously with neighbouring buildings, while showing glimpses of modern detailing in the stonework, gables, windows, and rooflines.

Balconies were partially hidden, wrapped in glazing with a printed sandstone image, allowing light into the rooms, while presenting a discreet stone outer skin to the street.

The interior, however, is anything but hidden.

Collaborating with the Virgin Team, Ica’s interior designers brought the brand’s playful concepts to life, designing for Edinburgh’s past and future and creating joy in the unique spaces that the Virgin brand offers within both the listed and new build elements of the building.

Original features were retained – a beautiful domed glass rotunda with authentic decorative cornicing captures the eye as you arrive at the atrium, a modern take on a classic library and beautiful timber panelling is retained and extended within the ground floor public bars and restaurants. 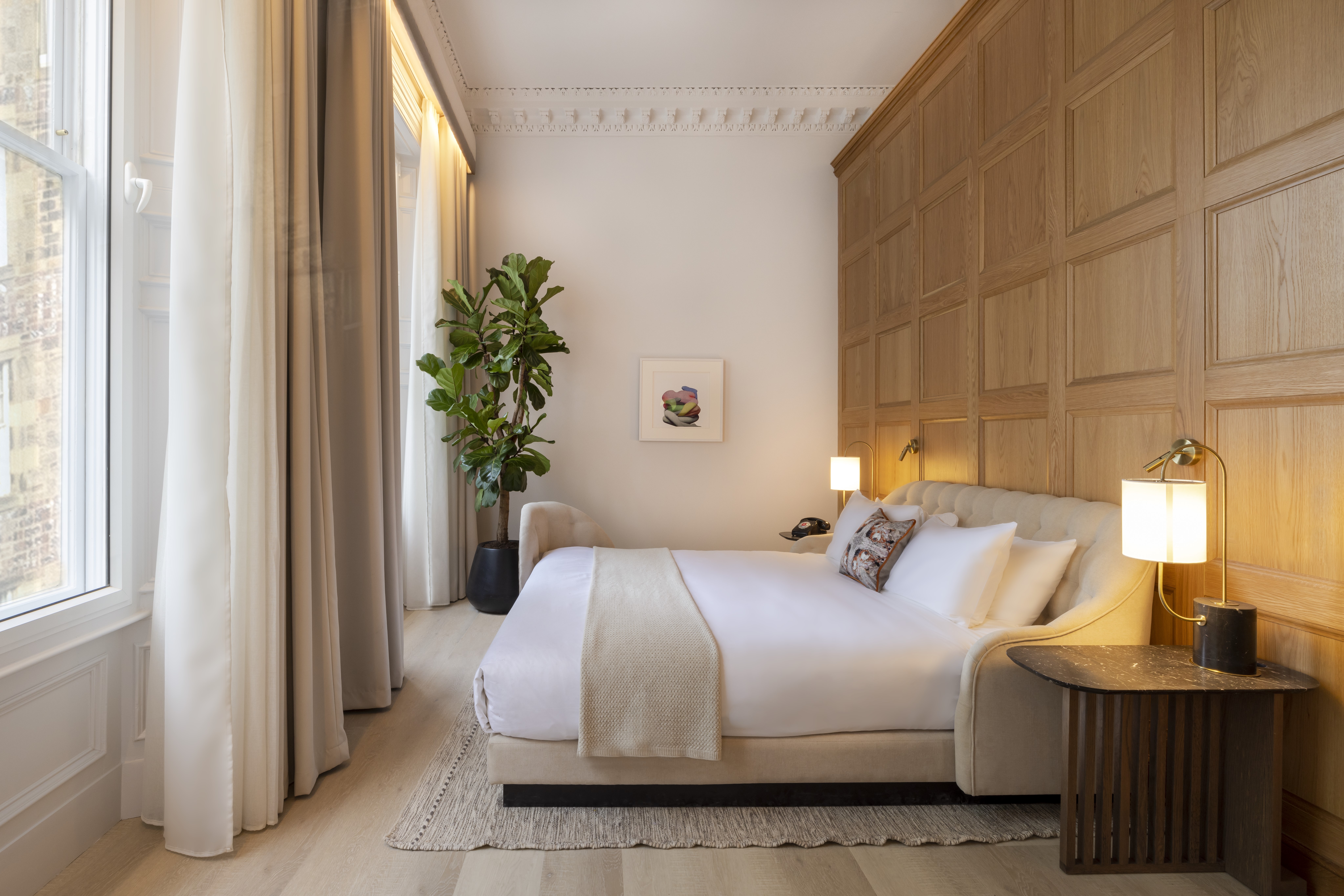 In combining the old with the new, more contemporary design features were sprinkled throughout the hotel to inspire wonder and awe: a glass-panelled corridor leading to the reception area, a very modern ‘scarlet lounge’ sitting within a very traditional corniced room and the exposed stone in the Commons Club restaurant combined with eclectic lighting and artwork bring a playfulness to the public spaces. 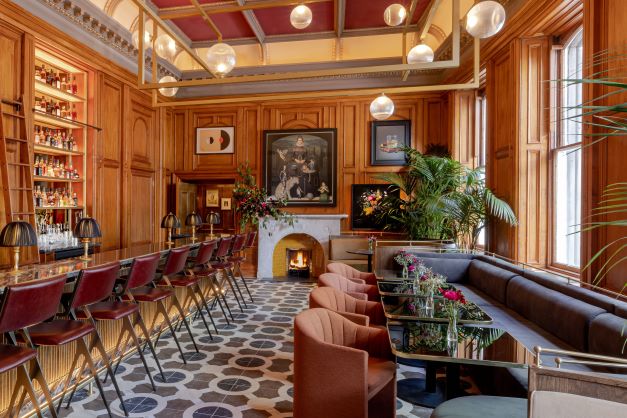 222 luxury Chambers and Grand Chamber Suites are combined with a variety of bars, restaurants, and private dining spaces at street level enlivening both Victoria Street and Cowgate and opening out onto re-established closes, a semi-public external courtyard and a stylish new rooftop garden sanctuary, showcasing unobstructed views of Edinburgh Castle and Greyfriars Kirkyard. 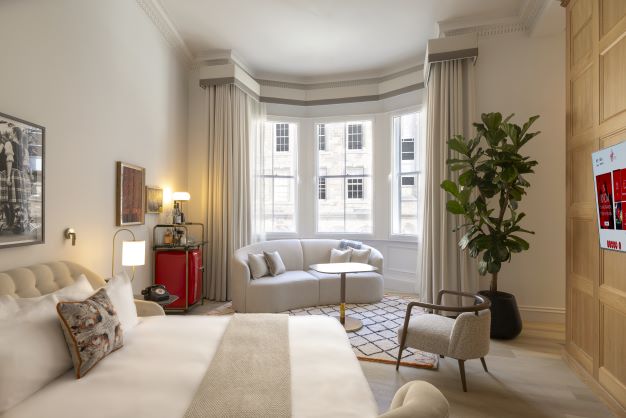 The brand’s flagship Commons Club restaurant and bar, a show kitchen, and Funny Library all opened as part of the first phase launch.

The second phase will see the opening of Greyfriars Hall – a 19th-century church repurposed as a special event venue, Eve – all-day dining and late-night entertainment space at Cowgate and a roof terrace garden with dramatic views over Edinburgh Castle and across the Old Town.