For those planning a leisure or business trip to Rome this year might we recommend a stay at The Palazzo Montemartini Roma hotel?

Rome is well-served by five-star hotels so why this one in particular? 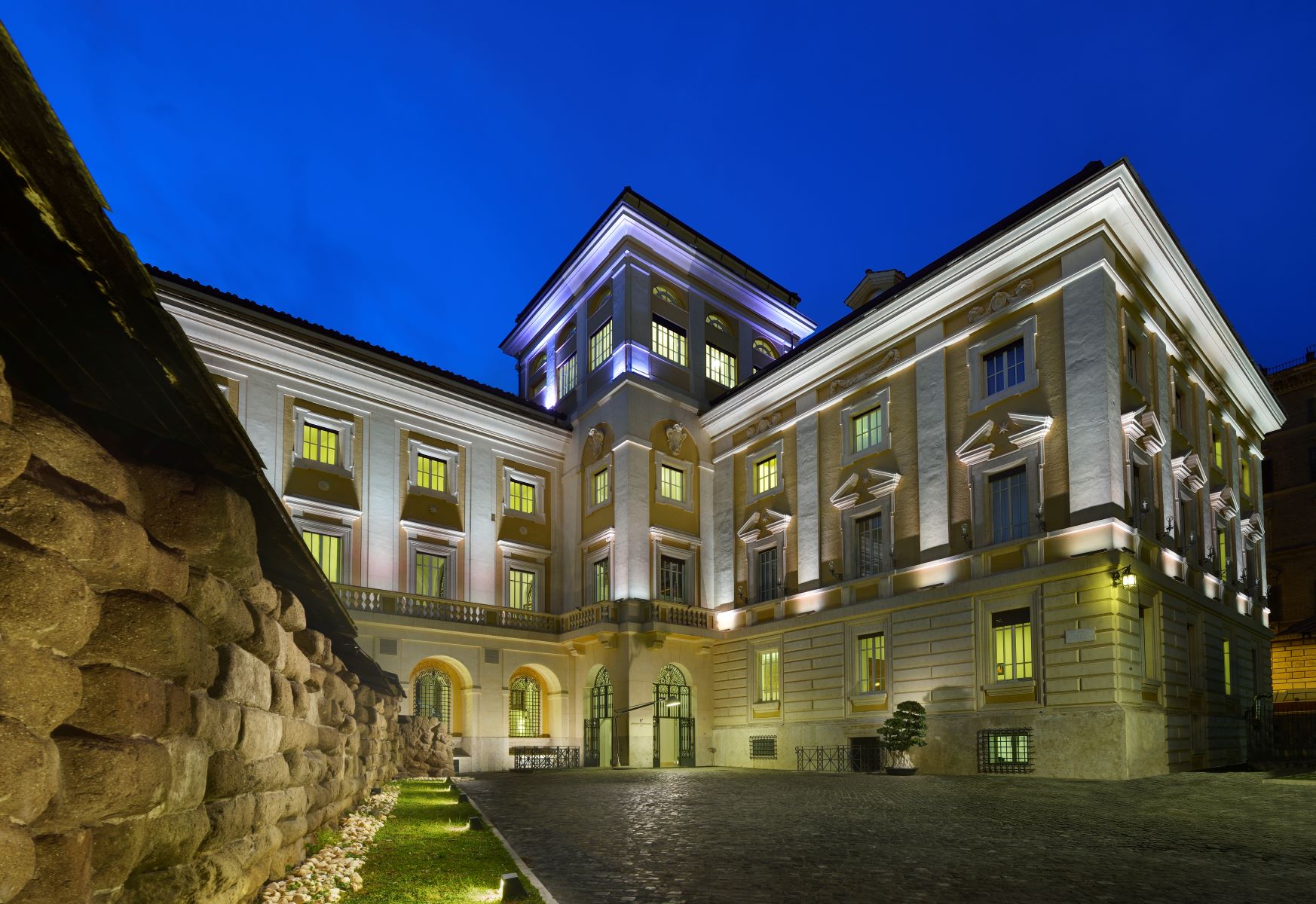 Well for starters it is a part of the Radisson Collection, a brand defined by unique and bespoke contemporary design, great service, and quality food.

The food at The Palazzo Montemartini is exceptional.

From breakfast, through lunch and dinner they rarely miss a beat.

Radisson Collection hotels are highly rated for their breakfasts, rightly so, but nobody prepared us for what was unquestionably the best evening meal of the year so far.

Each course was delicious, uncomplicated, and cooked to perfection.

The menu is small offering a choice of just four dishes per course, but you would not wish to stray beyond what is there.

Mains on offer include herbs and citrus sea bass fillet or Ombrina fish in a pistachio and bread crust, sauteed chicory with a ‘broccolo Romanesco’ puree.

Tiramisu also makes an appearance on the menu, as one would expect, although in this restaurant it lacks the fanfare it truly deserves.

Tiramisu, when made properly, can be an absolute delight and the Tiramisu served here is amongst the best I have ever tasted. 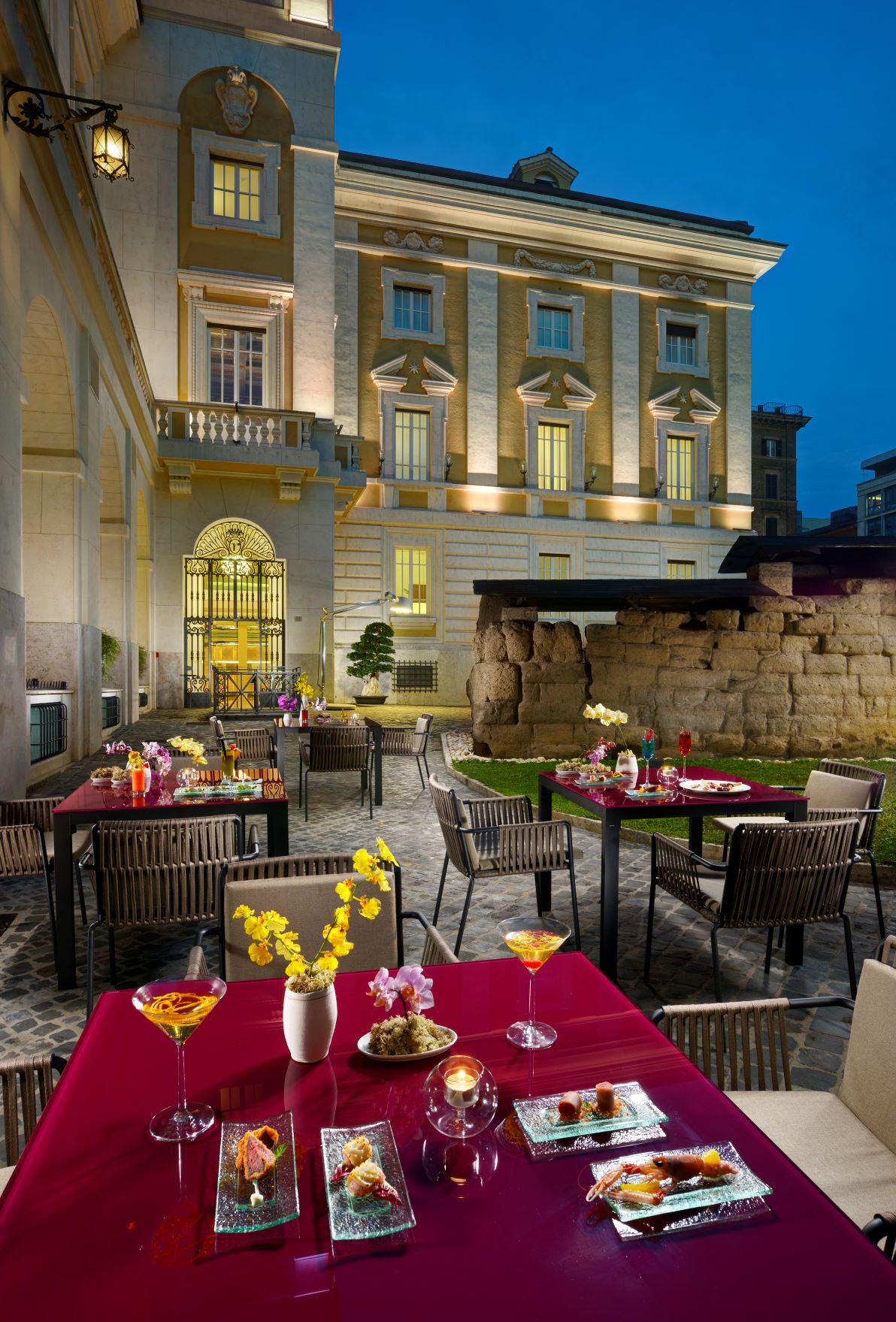 The hotel is conveniently located in the heart of Rome adjacent to the Baths of Diocletian and a stone’s throw from the Basilica of Santa Maria Degli Angeli designed by Michelangelo.

It is also a short stroll from the central rail Termini and from here Rome’s main airports are 35 minutes away.

From the hotel it is easy to walk to any of Rome’s most famous attractions (Vatican City, The Spanish Steps, the Trevi Fountain, The Colosseum) and they can be reached in just a few minutes by taxi.

Palazzo Montemartini Roma was built as a private residence in 1881 and the restaurant, lounge and bar occupy what would have been the main hall.

Add to this excellent mood lighting, modern furniture, and a striking central water feature, where water continuously cascades from the ceiling down a series of invisible wires, and the picture is complete.

An open-air bar can be found at the top of the hotel, and this affords long reaching views over the rooftops of the city with glimpses of magnificent domes, statues, and carvings.

The top floors of the hotel house the larger rooms and suites, which include the 300m² Penthouse, built within the original restored tower of the palace and spread over two floors; the Skylight Suite, designed specifically for the hotel with modern interiors and spa features, and the Noble Suite, featuring restored ancient flooring, a fresco ceiling and two-sided balcony views.

Theses opulent rooms are original, exclusive, and designed to the highest standards.

In total there are eighty-two rooms and suites in the hotel.

Some are housed within the original parts of the palazzo and others where the internal space has been reconfigured and modernised to house a larger number of rooms, the smallest, known simply as the Collection rooms, measuring in at 25m².

Although the hotel has become a member of the Radisson Collection it is owned by the Ragosta Hotels Collection who have three other beautiful hotels in Italy, one in Taormini on the east coast of Sicily and two on the Amalfi coast.

In Italy Ragosta Hotels have become known for their style, luxury, and elevated levels of service. 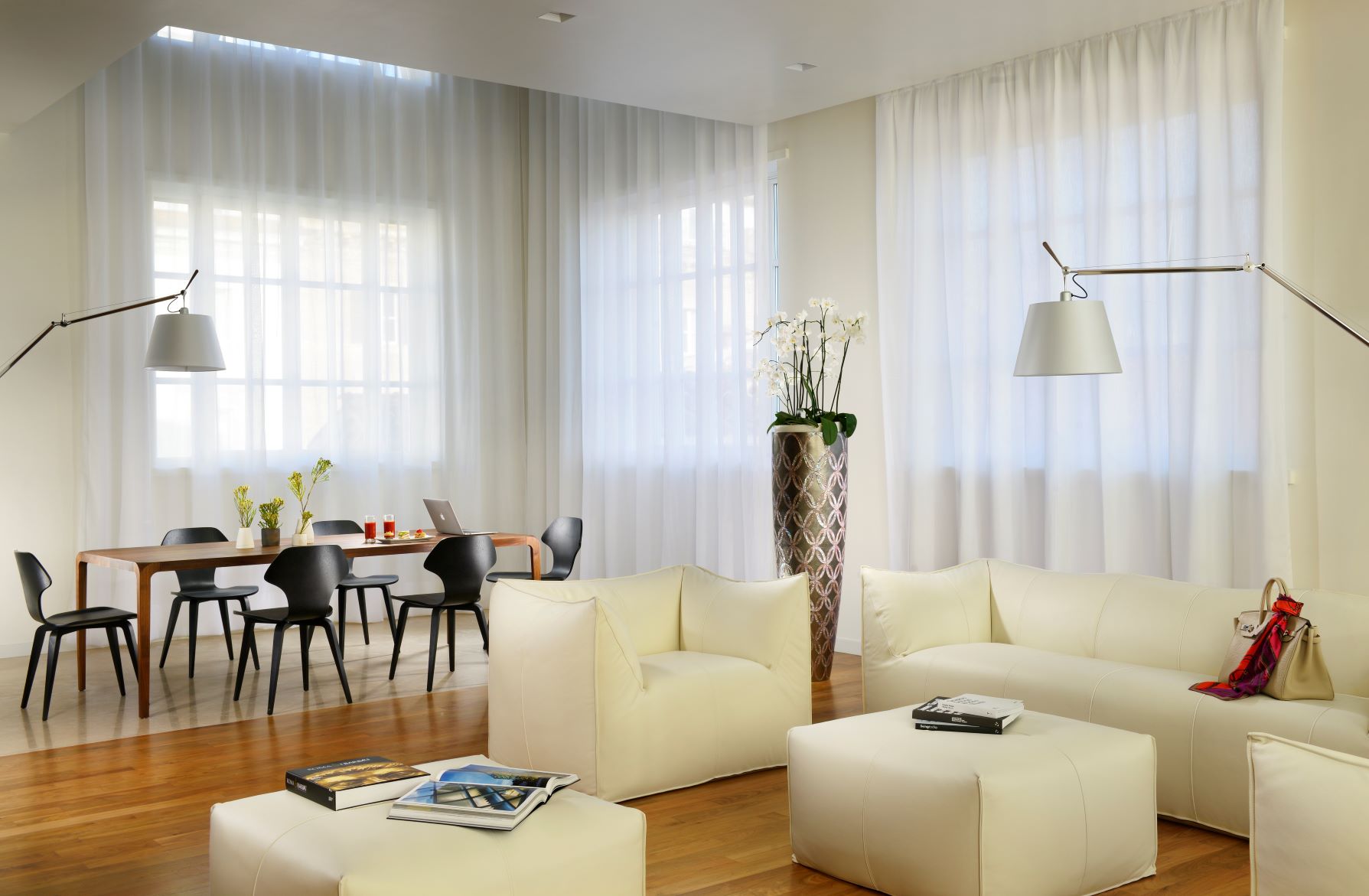 Palazzo Montemartini Roma is the only Ragosta hotel without coastal views but given the hotel’s proximity to the neighbouring Baths of Diocletian (the biggest thermal baths in Rome, dating back to 300AD) it is appropriate that it should have adopted a water theme.

The basement Spa by Caschera provides a series of pools and hydrotherapy experiences, the suites provide either chromotherapy or Finnish experience showers – one includes a Jacuzzi – and the restaurant is dominated by that huge interior water feature.

The Spa is open to non-residents, so too is the restaurant but guests can enjoy the relative calm and tranquillity of the residents-only rooftop bar whenever they like.

A perfect spot to relax and unwind. 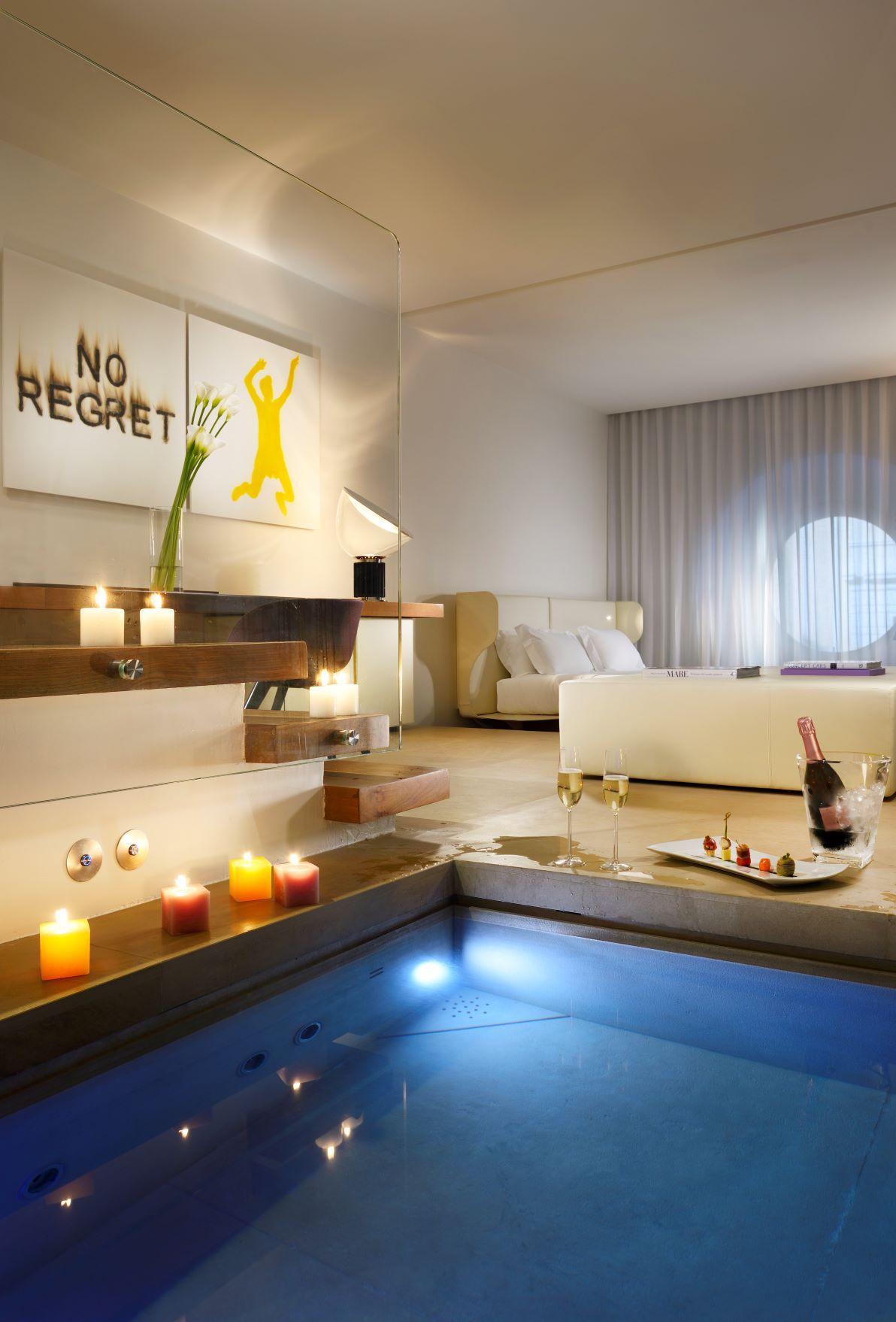 Because of the spread of Covid-19 Rome has a strict Green Pass policy.

The pass shows that visitors have had the relevant vaccinations and booster jabs and can be obtained and downloaded via the NHS App.

Without it, most hotels, restaurants, and tourist attractions will refuse entry.

Likewise, facemasks are to be worn indoors (including onboard flights to and from Rome) and these need to be FFP2.

They can be purchased online.

Although the rules and regulations are changing fast it is best to check on this at least two weeks before you travel.

Remember also that the city becomes remarkably busy with tourism throughout the summer and if you wish to visit any of the main attractions, museums, etc., you should buy tickets online as early as possible.