Barrière, who celebrates 110 years of ‘French art of living’ this year, will be launching in New York City with the opening of a Hôtel Barrière Fouquet’s in the city’s famous Tribeca district. 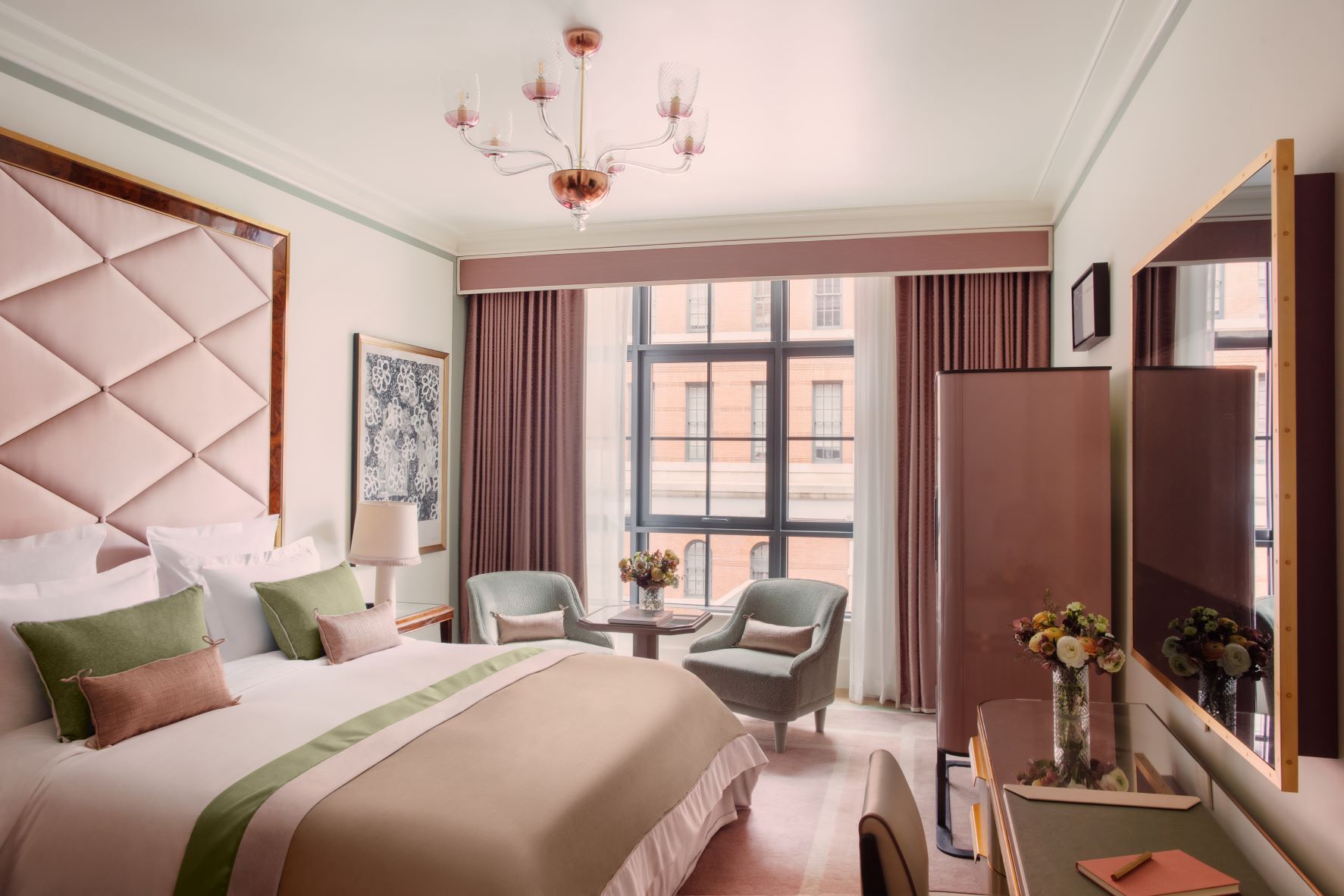 Owned by Caspi Development and operated by Barrière, this elegant destination will be the family group’s first US-based property.

Combining the charm of Parisian life with the laid-back atmosphere of Tribeca, Hôtel Barrière Fouquet’s New York boasts a cozy and stylish setting, nestling in the heart of one of the most coveted neighbourhoods of The City That Never Sleeps.

Barrière’s first property in the US, this new luxury hotel features 97 Rooms and Suites set over 8 floors, each decorated by interior designer Martin Brudnizki; the iconic French brasserie Fouquet’s, with a menu created by 3 Michelin star chef Pierre Gagnaire, as well as Par Ici, a vegetarian café-restaurant serving delicious dishes during the day, and Titsou Bar which welcomes you to chat well into the night… not forgetting the Spa Diane Barrière with its stunning pool, and state-of-the-art movie theatre. 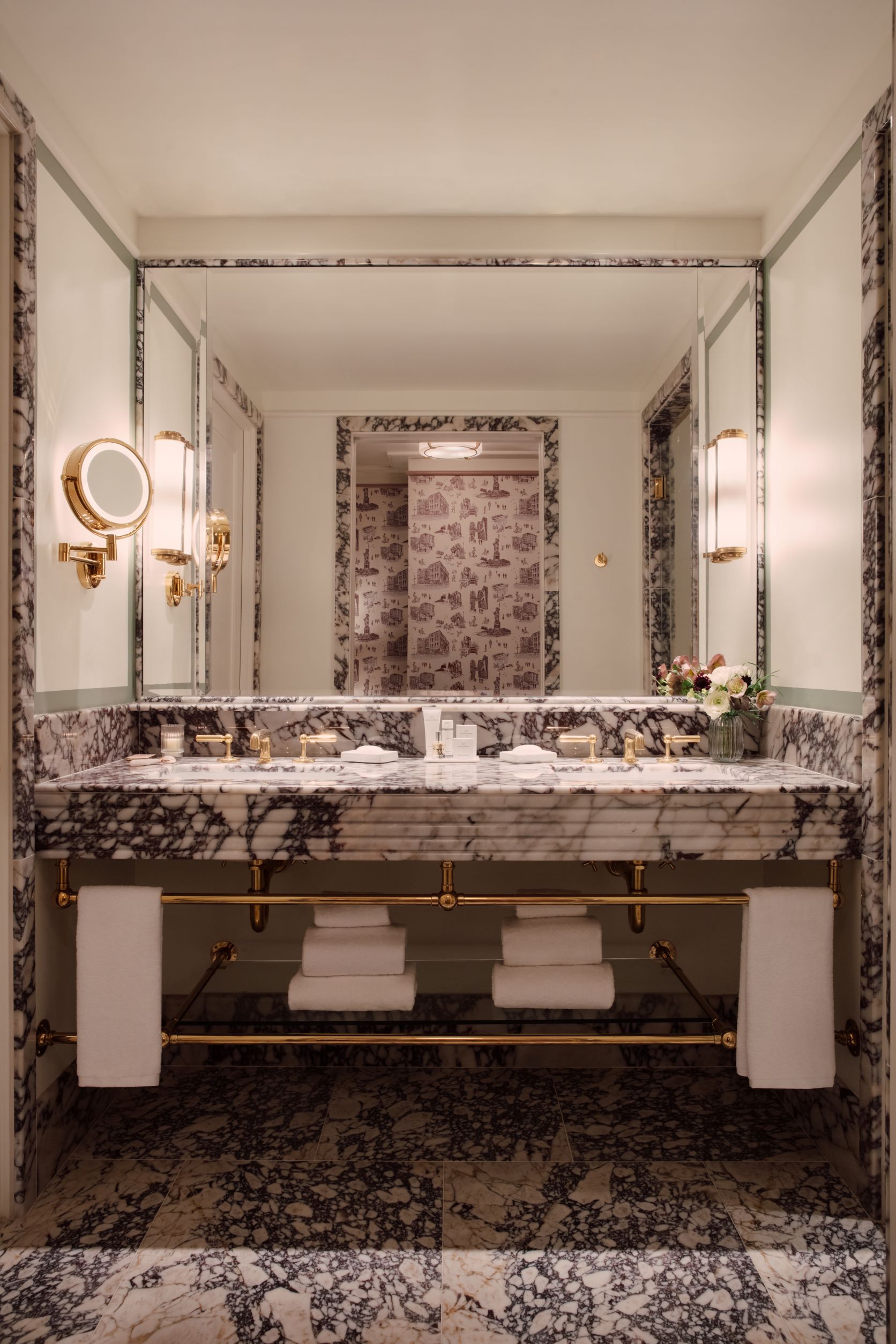 Hôtel Barrière Fouquet’s New York exudes the spirit and French sense of style that can be found in each of the Group’s properties.

Add to that the Art Déco-inspired décor, and the buzz of the city that merges with the neighbourhood’s quiet residential vibe.

Showcasing luxury fabrics and colours that are reminiscent of the subtle interiors found on the French Riviera, it embodies an elegant union between Paris and New York.

The Toile de Jouy wallpaper – made by Schumacher Hospitality – and designed exclusively for the hotel, pays homage to both cultures, with funny and original
scenes unfolding before your eyes.

● Fouquet’s New York: the hotel’s iconic restaurant is a reinterpretation of the timeless
Parisian brasserie Fouquet’s, an unmissable destination on the most beautiful avenue in the world for more than 120 years.

With its signature red décor and its walls adorned with celebrity portraits taken by the renowned Harcourt Studio, chef Pierre Gagnaire has created a menu that highlights the classics of French gastronomy, with a New York touch.

Chef Philippe Orrico – who learned the ropes from chef Pierre Gagnaire – will be bringing the three Michelin star chef’s dishes to life.

With its typical French café-style tables, woven cane bistro chairs and potted palm trees that offer an elegant contrast to the red-brick façades that are so typical of Tribeca, one could almost be in Paris!

The menu has adopted the slow food approach, with fresh, seasonal, and organic ingredients sourced from farms, small producers, and fair-trade cooperatives.

● Titsou Bar: known as Titsou, the hotel bar nestles between Fouquet’s restaurant and the
reception.

In homage to the Group’s founder, Lucien Barrière, affectionately called “Titsou” by his daughter Diane, the Bar takes its inspiration from Bar Marta, the famous speakeasy at Hôtel Barrière Fouquet’s Paris.

With its cozy décor, dimmed lighting, rich drapes on the windows and tented ceilings, combined with hues of aubergine, amethyst and dark green, as well as a lively atmosphere, the bar evokes Paris of the 1920s and 30s.

Just like its Parisian counterpart, the chic yet intimate bar, reveals itself beyond a hidden door that looks like a bookcase. 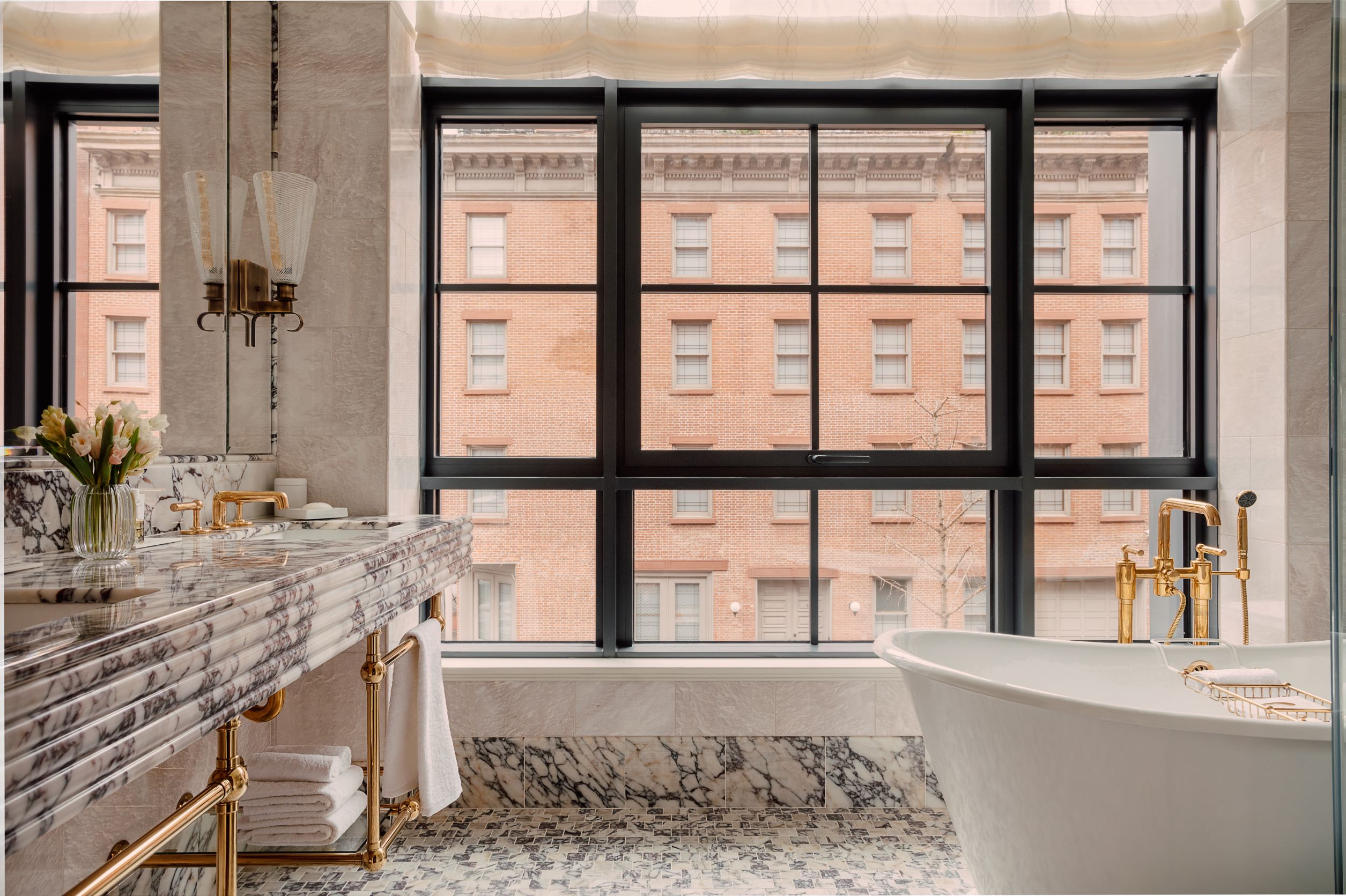 With more than three decades’ experience in the management of many luxury properties, both in France and the US, Gilles has an exceptional understanding of both markets.

Affectionately called Zee G by his close friends and acquaintances, Gilles is the embodiment of a French New Yorker, exuding the same style and sophistication as the Barrière brand, epitomizing French art of living.