21 Years of the London Restaurant Scene 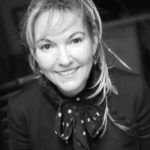 Jori White was one of the first London restaurant public relations (PR) representatives to get in touch with us at GS Magazine when we launched in 1997.

Her job was to help promote a handful of restaurants and to get them publicity in the press.

Twenty one years on she continues to ply her trade although now she is considered to be amongst the very best of London’s PRs, running her company from central London offices with a talented team to assist her and a client list  which is the envy of town.

Here Jori talks about the changes she has witnessed in the industry over the past two and a bit decades.

Arriving in London in the early 90s it would be fair to say I wasn’t exactly blown away by the local restaurant scene.

Sure, there were a handful of legendary places around – La Tante Claire and Chez Nico among them – but these were certainly not places the average Brit would make a bee-line for.

Fast forward a couple of decades and the city has undergone a culinary metamorphosis.

Not only does it now boast over 70 Michelin star restaurants (there were just 19 in 1997) – making it number six in the world rankings – but most importantly many of these are accessible to the general public, with some, such as Fitzrovia’s The Ninth, offering set lunches for just £20 per head.

Among the first to take the stuffiness out of fine dining was Ollie Dabbous. Now the co-owner of the amazing Hide on Piccadilly, his eponymous restaurant caused a sensation when it opened in February 2012. Diners flocked to enjoy Dabbous’ deceptively simple fare served in an equally pared down setting. 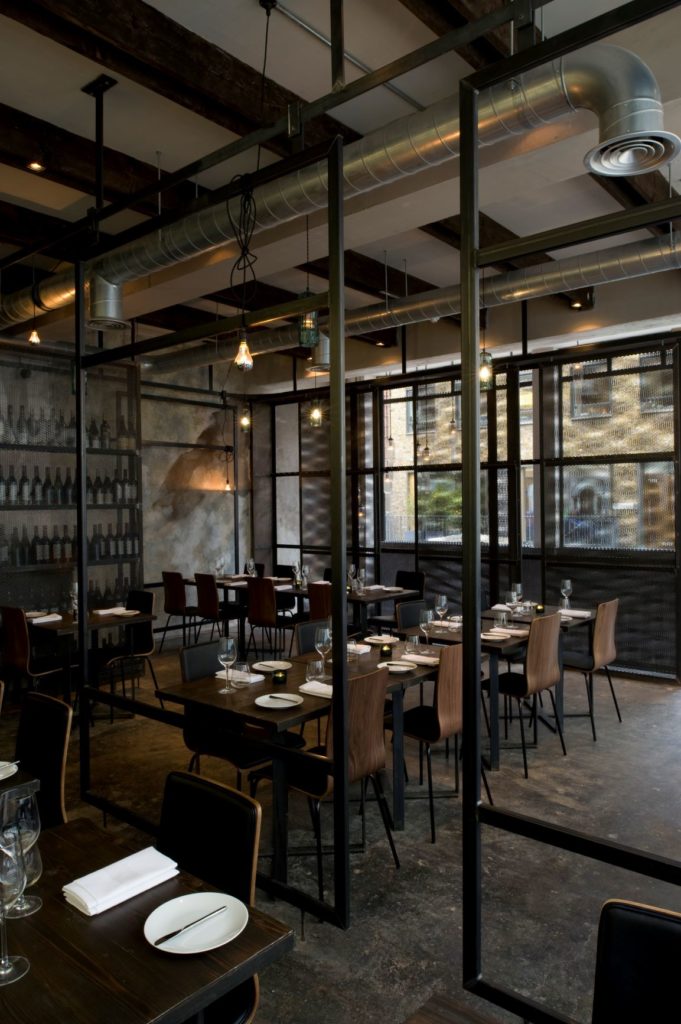 A lifetime away from the starched white tablecloths and bone china of many fine dining establishments of yesteryear.

One of my first big projects was working alongside Marco Pierre White in 1998 on the launch of Mirabelle. A drop dead gorgeous space designed by the late great David Collins, complete with ceramics by Pablo Picasso, it was a joy to work on. 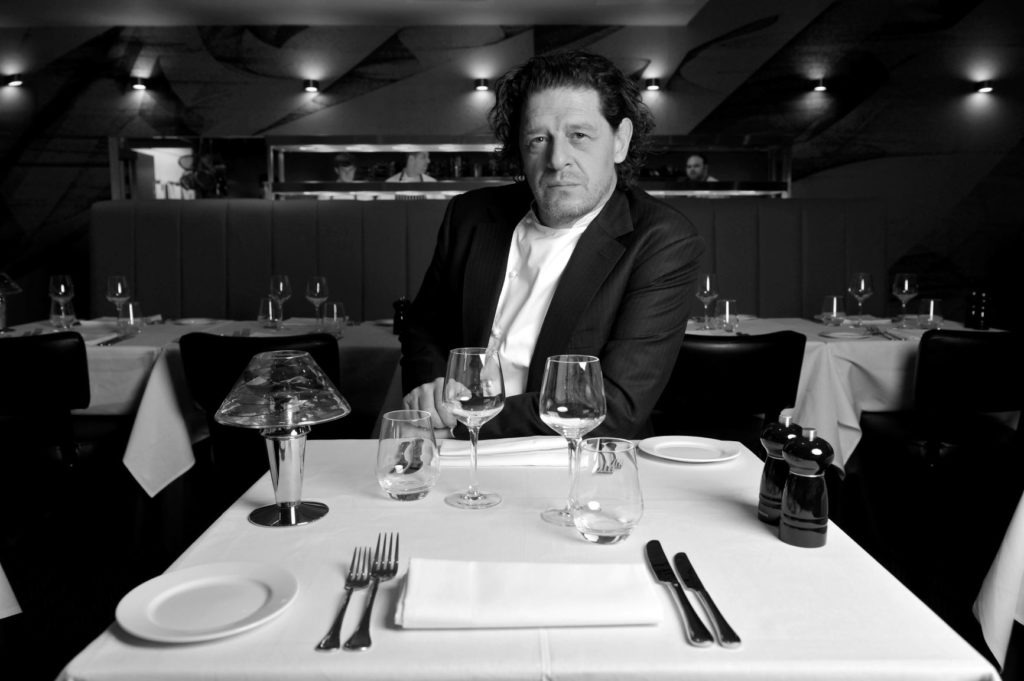 It was also my first introduction to what would become another phenomenon of the last two decades, the celebrity chef.

If the early 90s could be defined as the age of the Interior Designers, with everyone fixated on makeover shows and the antics of Lawrence Llewellyn-Bowen, the latter part of the decade – and into the 21st century – would see us all become fixated on chefs.

From a fresh faced young Jamie Oliver seducing viewers with his Mockney accent on The Naked Chef to Gordon Ramsay turning the air blue, they not only changed our attitude towards food but to dining out.

Fame brought them rich rewards in the shape of books, merchandise and of course restaurants. London in particular was awash with their eateries. You couldn’t move without tripping over a Jamie’s Italian or Carluccio’s.

The much missed  Antonio Carluccio

Fast forward a decade and even though some of these original empires have begun to show signs of wear and tear, a new guard of celebrity chefs – headed up by the likes of Luke Thomas – are keeping the flag flying.

So much for the personalities who have helped define the London dining scene over the last 21 years, but what about the trends.

It was back in the 1990s when British chefs first began to champion local produce from places like Daylesford Farms. The mass take-up of organic ingredients – and methods – was a slow burner, but gradually diners too began to want to know the source of the food they were eating.

In 2008 Acorn House launched as London’s first truly eco-friendly training restaurant, described by The Times as “the most important restaurant to open in London in the past 200 years.” 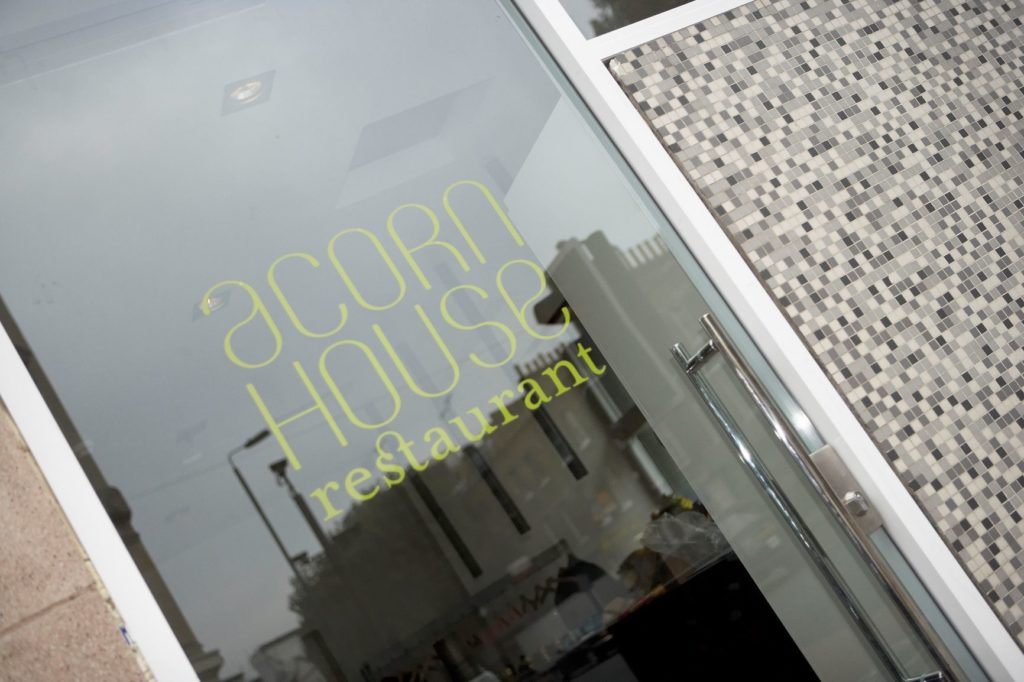 Today you would be hard pushed to find even a half decent restaurant in the capital that didn’t declare all its ingredients were organic, locally sourced and seasonal.
The last two decades have also seen diners become much more daring when it comes to their food.

As recently as the early 90s even olives were considered a bit of a delicacy; now thanks to the advent of worldwide travel, more disposable income and the mass availability of what were once considered to be rare and exotic delicacies, restaurateurs have responded to an increased demand with a host of new food trends, be it small plates – championed by Russell Norman’s Polpo – or fusion cuisine.

Who would have thought back in 1997 that we’d all be tucking into Japanese/Italian delicacies at Aiko? Or for that matter enjoying a glass of champagne paired with our hot dogs at Bubbledogs!

This continued search for something different also led to other modern day culinary phenomena such as pop ups and supper clubs.

Pubs meanwhile are no longer purveyors of tired sausage rolls but in the case of The Harwood Arms proud recipients of a Michelin star.

And the ‘street food evolution’, pioneered by the likes of KERB, is now an established part of the fabric of London in turn spawning favourites such as Lupita and Masala Zone.

Undoubtedly one of the biggest changes to affect the London restaurant scene in the last 21 years has been social media.

Those with a large social media presence can now make – or sometimes break – the reputation of a restaurant, bar or pub in an instant.

With 47% of millennials now saying that they Instagram while they eat, it’s no wonder many restaurateurs are taking this into account when designing their menus and interiors. 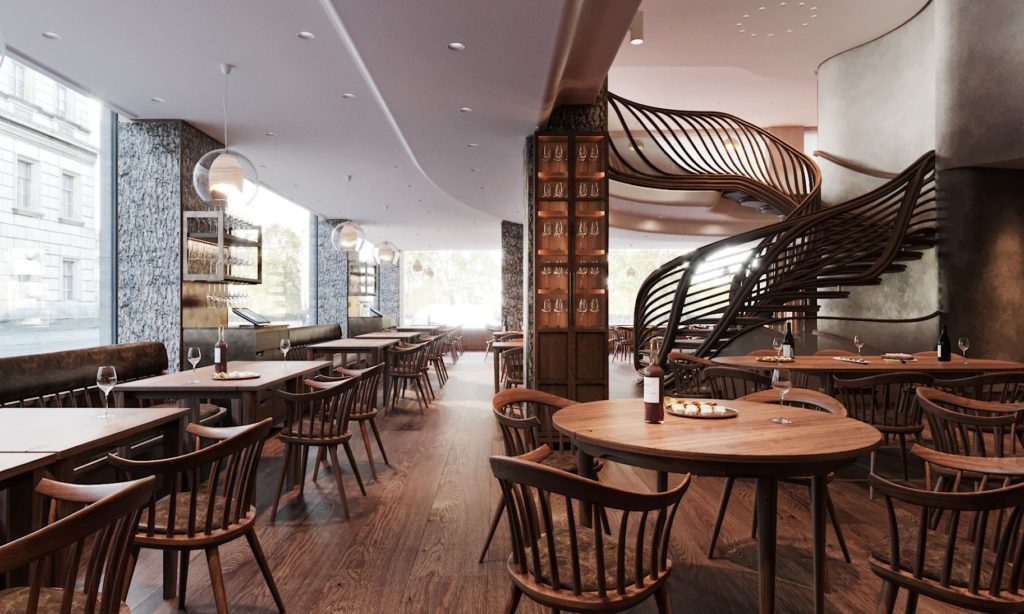 So, what does the future hold for London and its restaurants?

Undoubtedly Brexit continues to cast a shadow over the industry but there’s much to be optimistic about.

Foreign investment is unprecedented, with London chosen as the first overseas port of call for a host of global players, from Arkady Novikov, whose Novikov Restaurant & Bar is now a Mayfair institution, to India’s Massive Restaurants, who have recently launched Farzi Café in Haymarket. I for one can’t wait to see how the next 21 years in the world’s most exciting food capital pan out.” 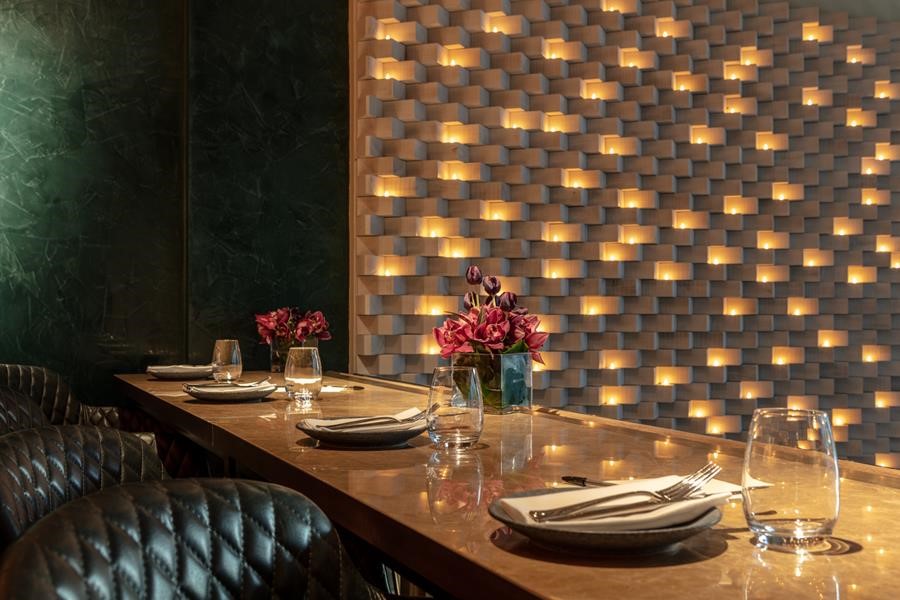