One; there was a time when beautiful buildings like this would have been replaced instead of restored, thank heavens times have changed.

Two; our favourite projects are those that have an interesting history or back story, this one does.

Three; the current refurb and redesign is exceptional, credit to both the designer and the contractor. 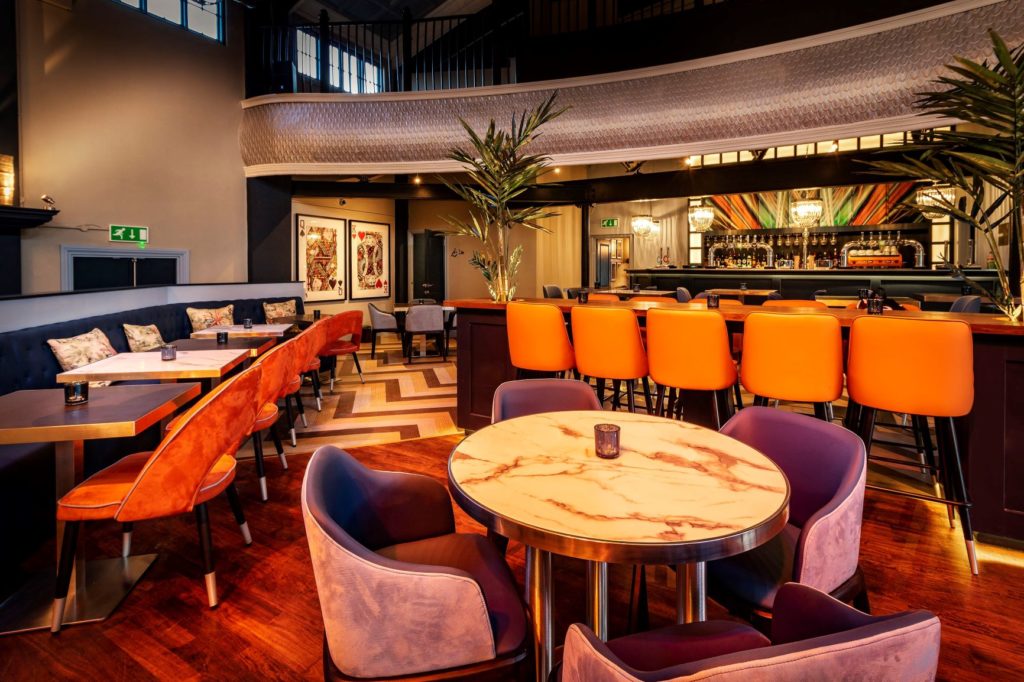 There may be a fourth, in the quality of food and service, but this reviewer has yet to dine there so will reserve comment, even though it’s proving popular with locals, which is always a good sign.

Local entrepreneur Kevin Newton and his restoration team have brought back to life this art deco building, always associated with entertainment and leisure, and have transformed it into a stylish new restaurant.

Pillars Bar and Grill occupies the high street building in Leigh Road, Street, Somerset, that originally opened as a theatre in 1921, was a cinema for many years and was a nightclub until it closed after a New Year’s Eve Party in 2016. 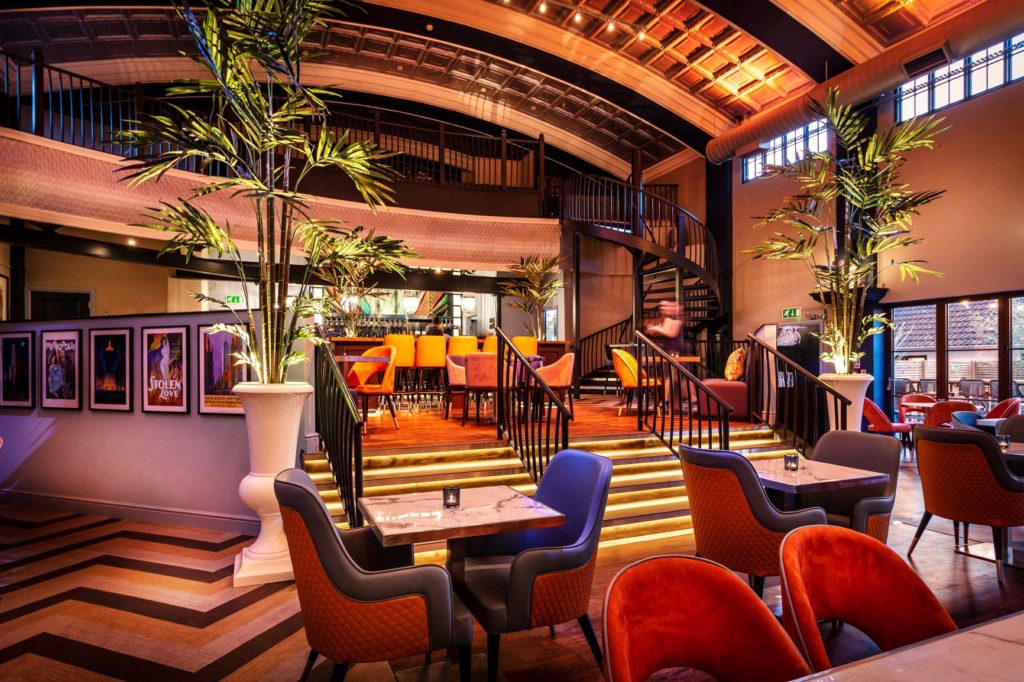 Original features, including an arched tin ceiling, have been painstakingly restored and twinned with stunning furniture and fixtures.

The £1 million project incorporates features celebrating the history of the building with a big screen installed, a baby grand piano for visiting performers and a ceiling feature created from the nightclub décor.

Stunning new art deco doors form the entrance while a garden is accessed through bi-fold doors.

William Hecks, who was landlord of the Street Inn during the 1920s and local butcher Bill Voaks, wanted a cinema in the town and commissioned and paid for the building, which opened as the Playhouse Theatre in 1921 but was later converted to a cinema.

Hecks, whose farming family started making traditional farmhouse cider in 1841 and still do locally today, had moved to the town as pub landlord during tough farming times. 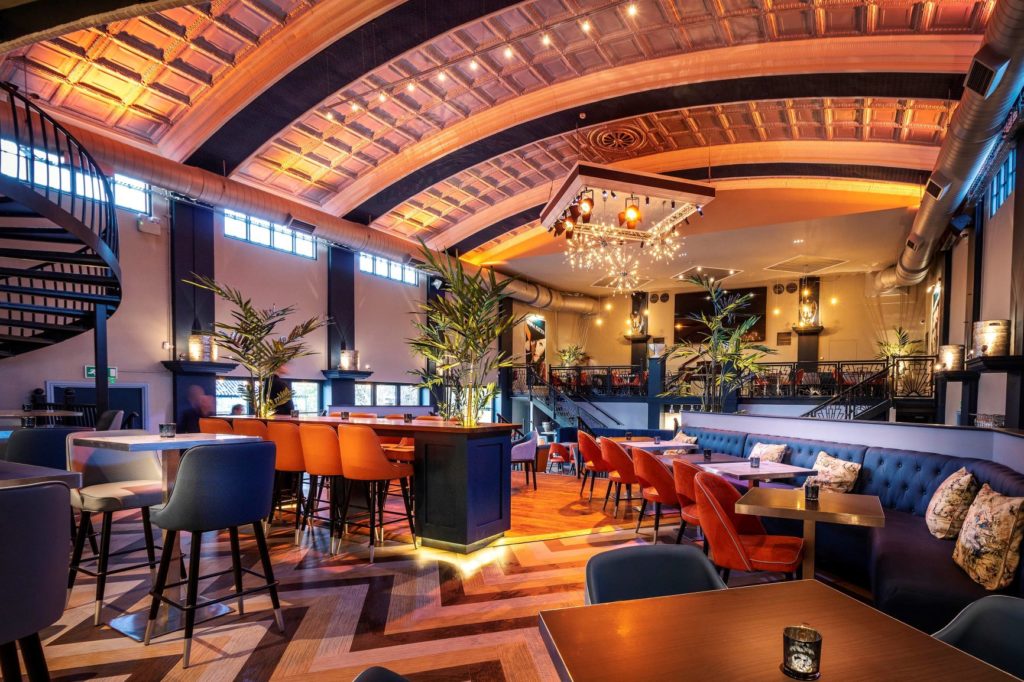 Because it was the brainchild of the local publican and butcher the cinema was originally given the nickname “beer and bones” by locals.

The butcher’s wife performed the official opening on January 15, 1921, but the two men weren’t entirely happy with the design and there was a legal dispute following its construction after they complained that the seats were too close together and there was no emergency exit.

But the cinema became popular with the public watching some classic movies until in 1946 it was renamed Maximes Cinema, becoming Maximes Nightclub in 1989 and this century it underwent a major refurbishment as Envy.

The original theatre had four changing rooms, a 20 feet stage under a proscenium arch, which has been incorporated into the new building above a piano deck. 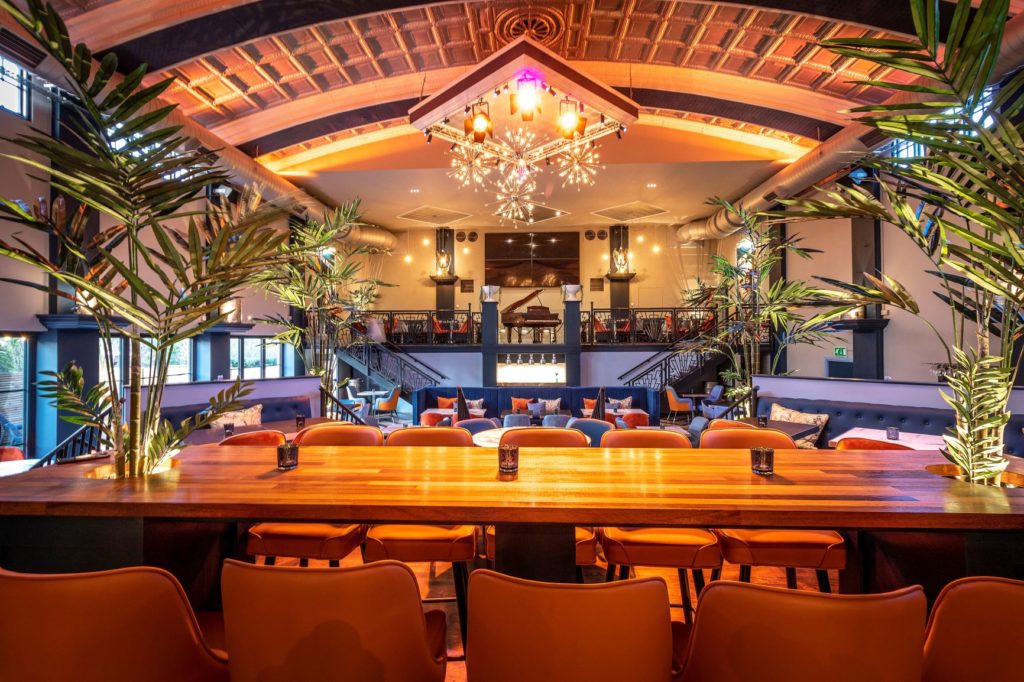 Kevin Newton said: “It is a building that has always provided leisure and entertainment for people and Pillars Bar and Grill will continue that tradition.

“There has been a fantastic response from local people as it has brought back to life a building that has been closed for two years.

“We have restored many of the original features and introduced some glitz and glamour and when you are sat in there you could just as easily be in New York or a fashionable part of London.

“We have brought back entertainment with pianists, guitarists and vocalists and on Sunday we have a Jazz brunch.”

A popcorn machine had been installed in the restaurant in honour of the original founders and use of the building.

Pillars Bar and Grill is now fully open to the public Wednesday to Sunday and available for private hire on Mondays and Tuesdays.