As there’s little to no activity on the new openings front, we thought we’d take the opportunity to bring to you one or two of last year’s launches that, for one reason or another, we missed at the time.

STK, not to be confused with its namesake restaurant chain from The One Group, is an independent restaurant designed by Studio Komplits.

“Greenery and nature come face to face with animal force” is the theme and concept that is core to Steak Restaurant’s (STK) interior, housed in a former car repair shop in the Czechoslovakian town of Olomouc. 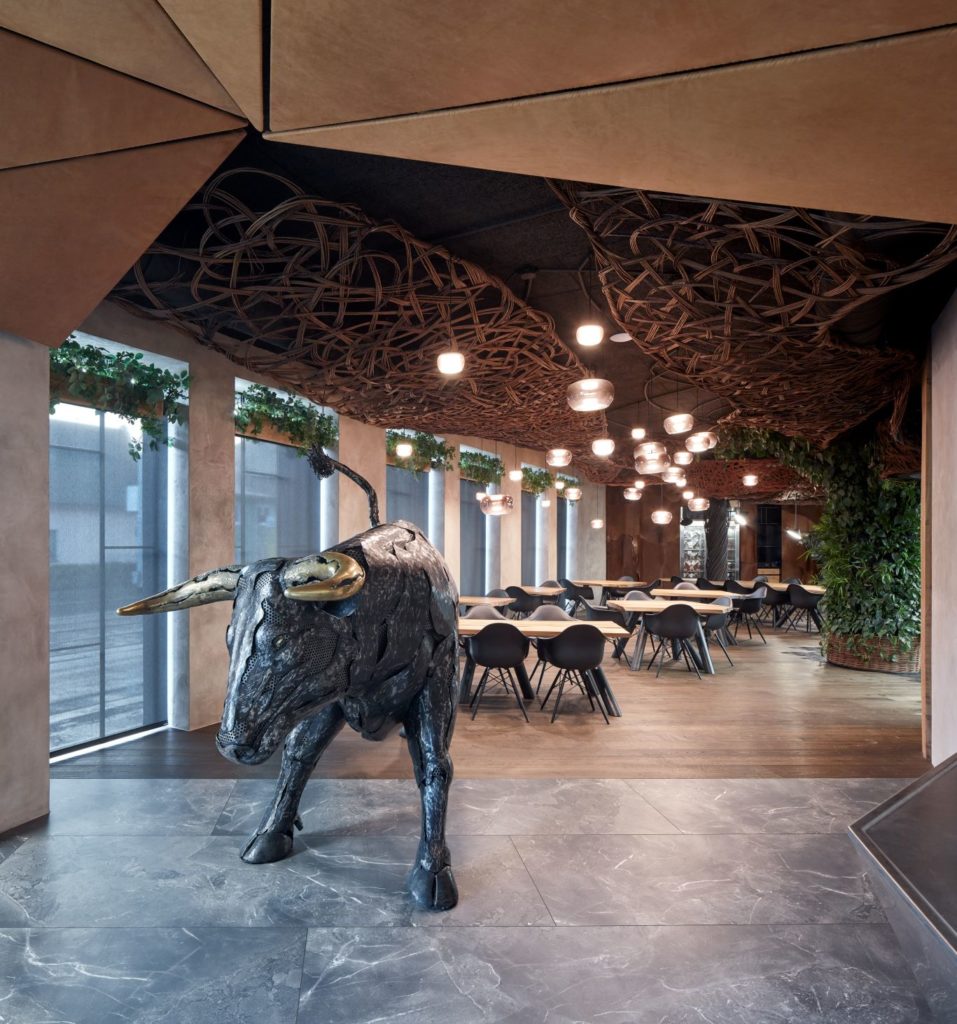 STK emphasises simplicity and quality, both in its food and its interior.

Instead of trying to deny and erase its greasy automobile heritage, the place embraces it.

The 320 square metres of the restaurant authentically engage individual elements of its past.

This is evident from the materials, which include raw metal sheets, black steel and rebars.

The polished steel angular bar, similar in style to the Tom Dixon designed desk in the Paramount club in London, makes an immediate statement as guests arrive. 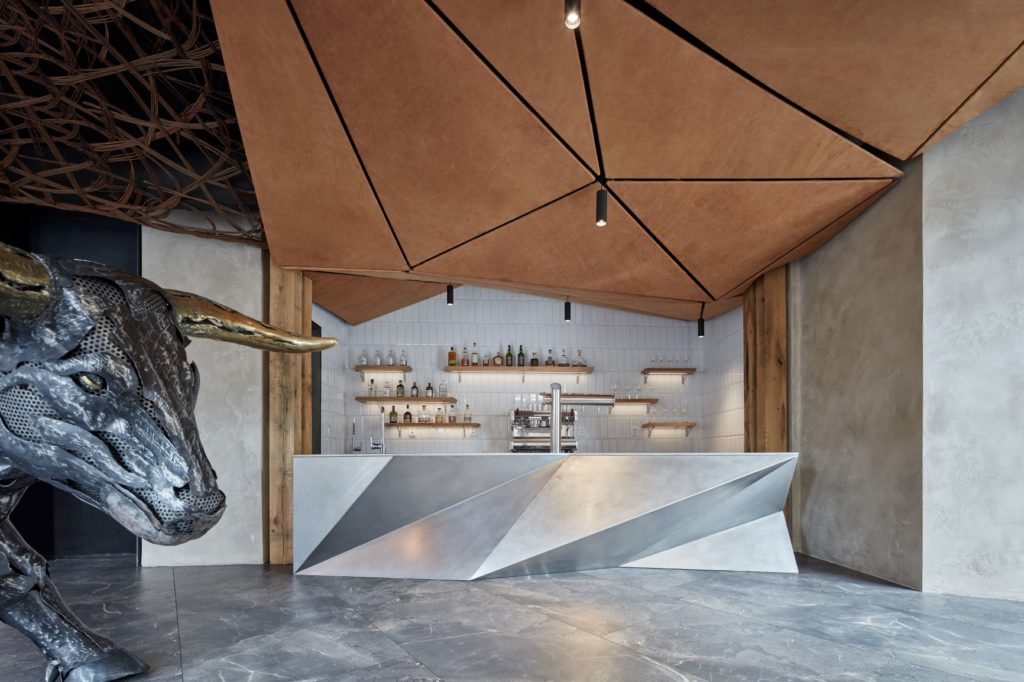 It is in stark contrast to the more natural materials and style of the interior.

The designers have cleverly turned a seemingly problematic layout into an advantage, transforming bearing walls in narrow spaces into a vertical garden and a platform for a barbecue. 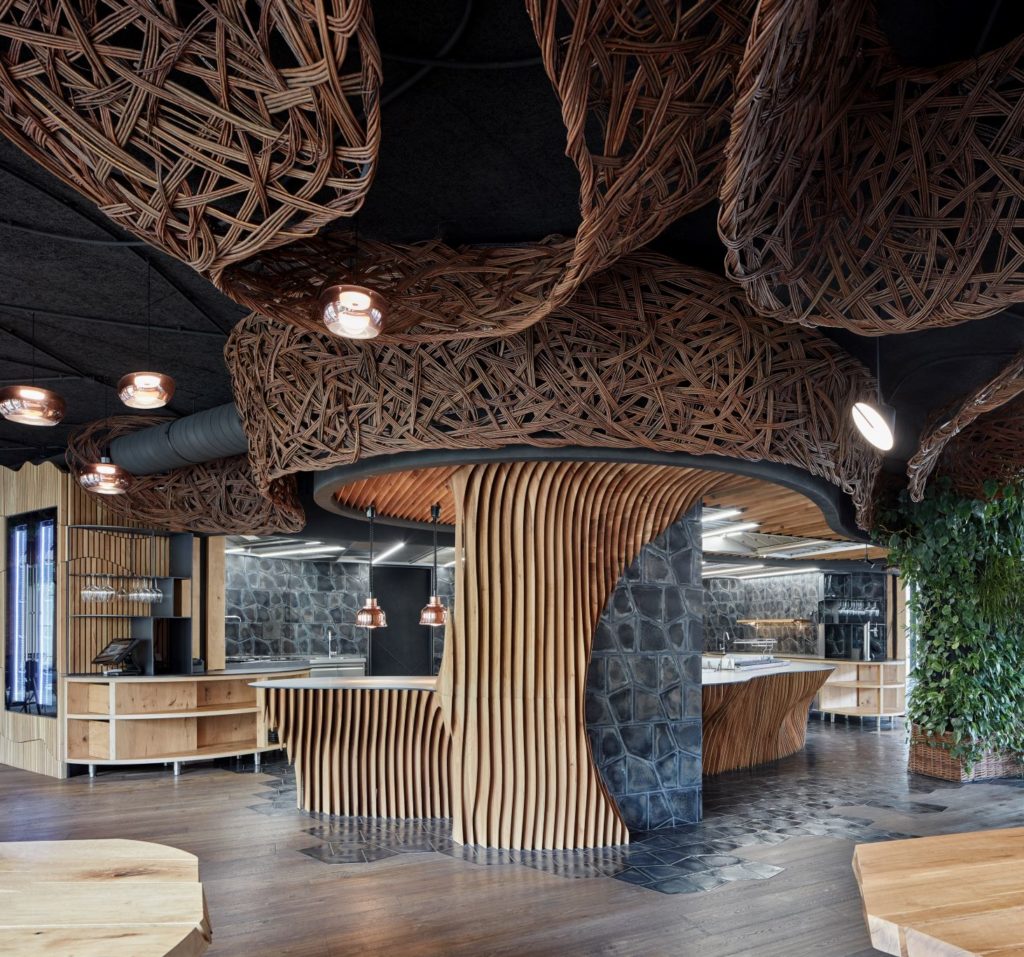 Dominating the space are two huge steel bulls – the owner’s wish and a clear message to guests about the type of cuisine they should expect.

In STK, heavy elements merge with nature. Willow branches wrap themselves around the tables and climb the walls, rising up to the ceiling and over the bulls’ heads.

Formed from solid oak boards, the tables have a rough-hewn appearance and irregularly shaped steel legs.

Here and there, plants spring from the ceiling and walls, changing the interior’s look with each new leaf that sprouts.

Cowhide covering one of the walls and woven rope complete the signature style of the steakhouse. 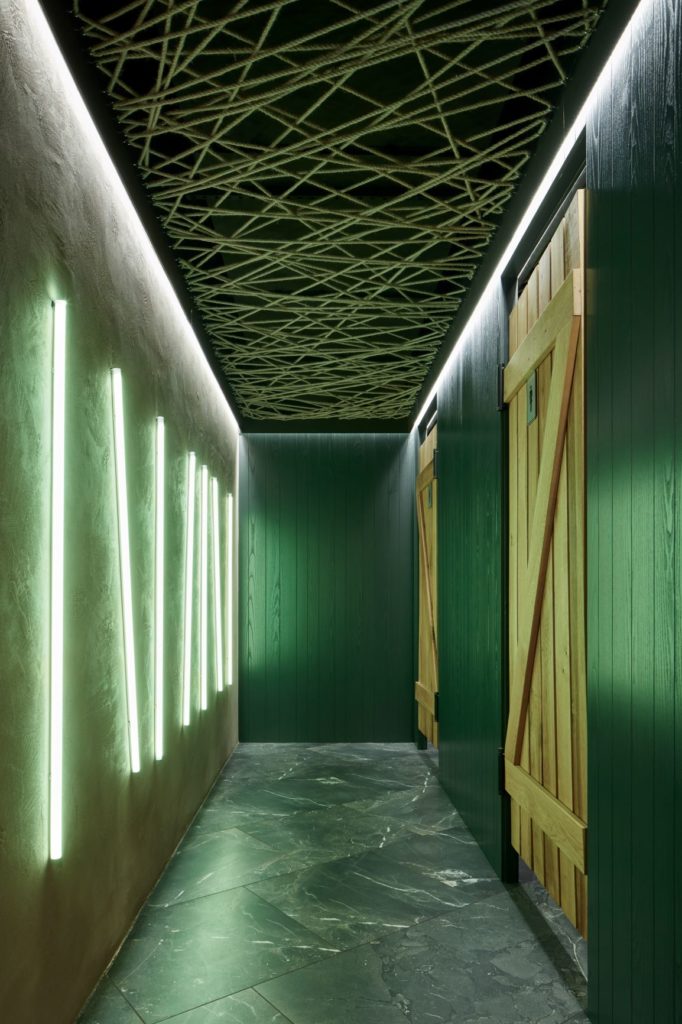