Home to 99 guest rooms, MoMo’s KL is a newly renovated, exciting hangout in the city, providing a stripped-back and laid-back multi-dimensional space where visitors and locals can collide in harmony. 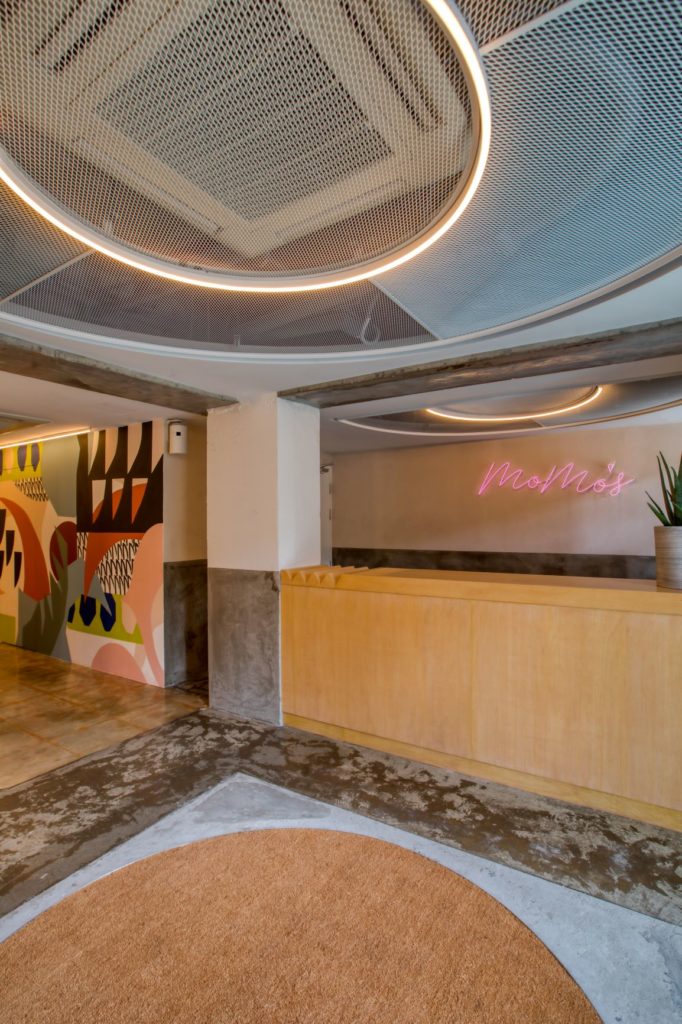 MoMo’s ‘hosts’ will ensure that guests have unrivalled access to Kuala Lumpur’s hidden gems, experiencing the city as a local would.

Stepping away from the traditional notion of front-of-house staff, hosts are on hand to greet guests on arrival, make them a coffee or cocktail whilst checking them in for their stay. 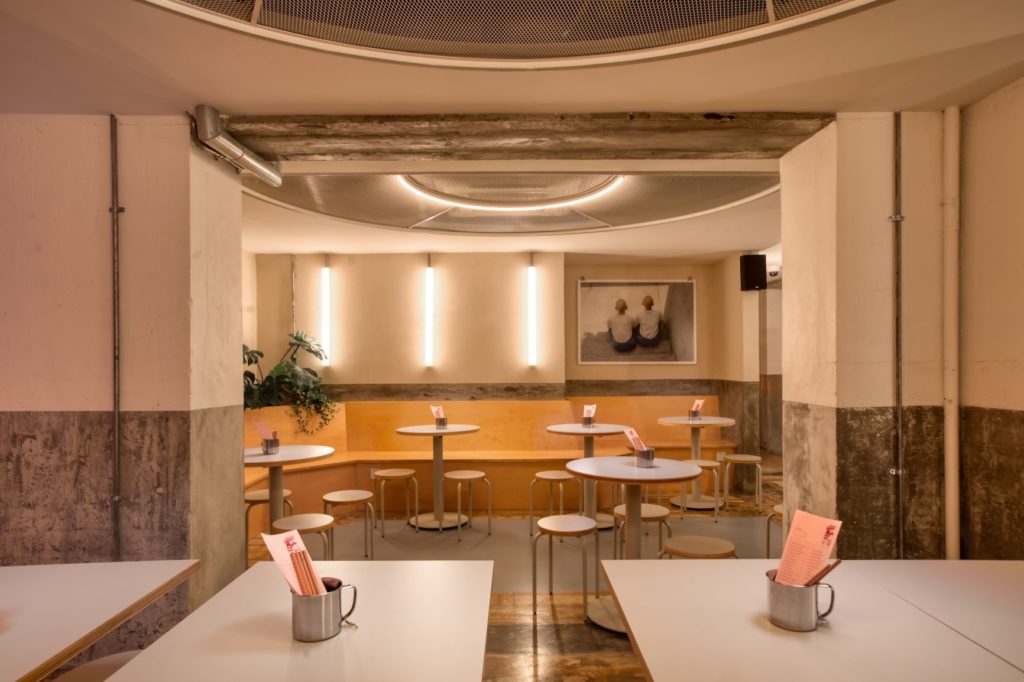 On the ground floor, MoMosita’s – a new casual concept from leading Malaysian F&B operators Christian Bauer and Eddie Chew of Troika Sky Dining, is a gritty, self-serve dive bar serving an array of Mexican dishes and snacks, alongside draft beer and bottled cocktails.

Open in the evenings throughout the week, with late night music programming on Fridays and Saturdays, MoMosita’s is a low-key hangout. 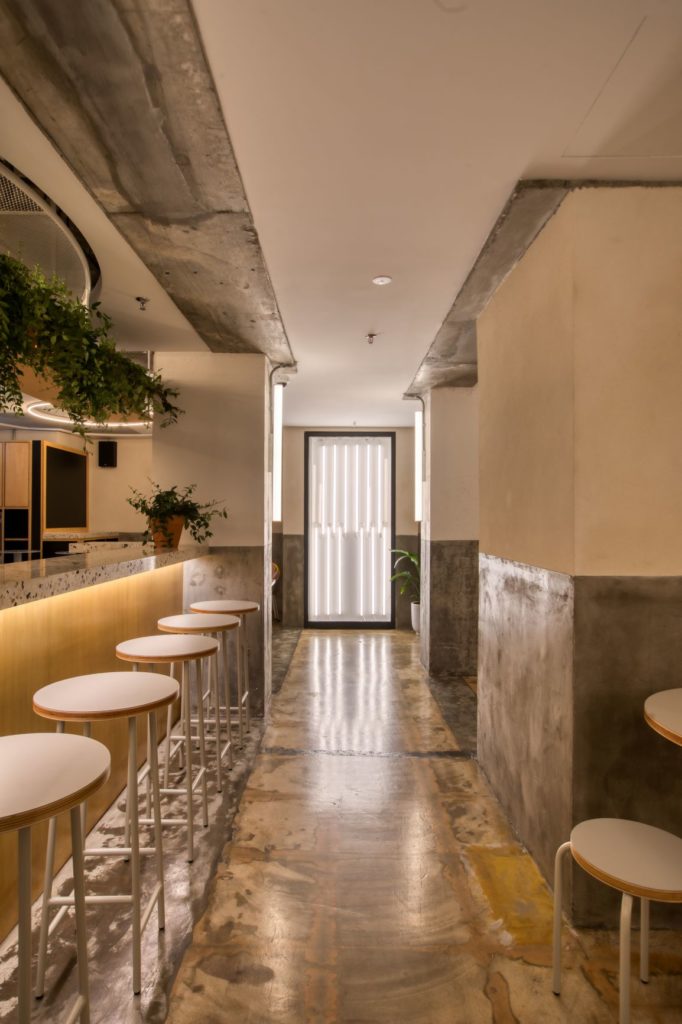 Reframing the hotel narrative from being a place to get a good night’s sleep to a lively space acting as a springboard to guests’ city experiences, MoMo’s KL encourages guests to live, play and stay.

The traditional lobby is replaced by a social space that acts as the central hub of activity, The Playground. 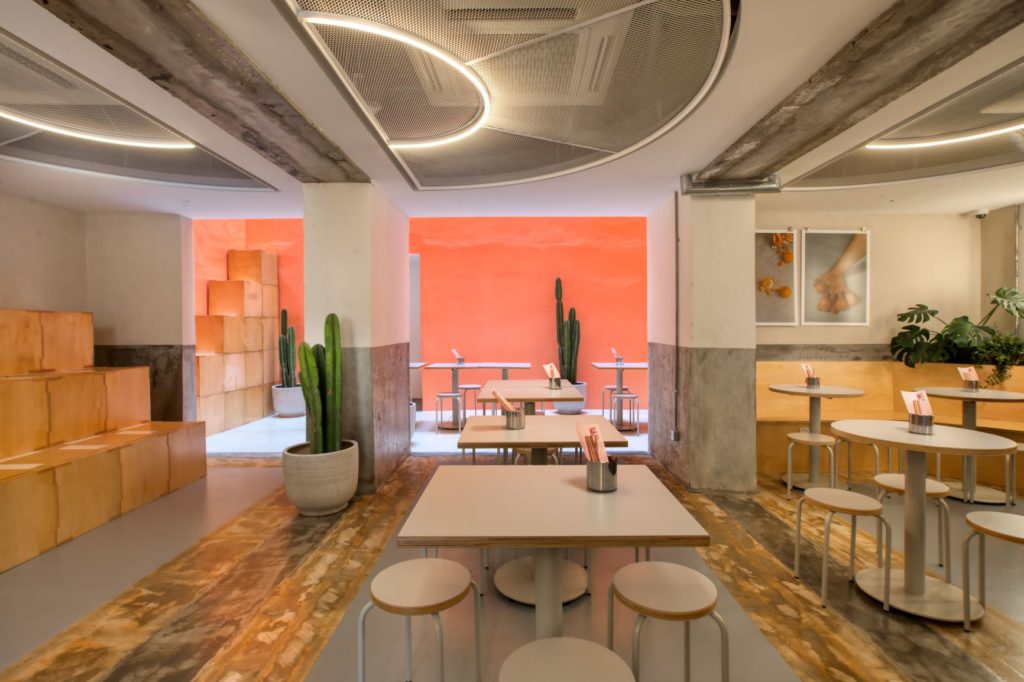 The Playground is the hotel’s main events space which will host a series of weekly events from performance art, workshops and exhibitions to DJ sets and live gigs.

The Playground was conceptualized to encourage the best creative minds from the city and abroad to mingle.

This hotel is aimed at the young, culturally driven traveller who craves social interaction. 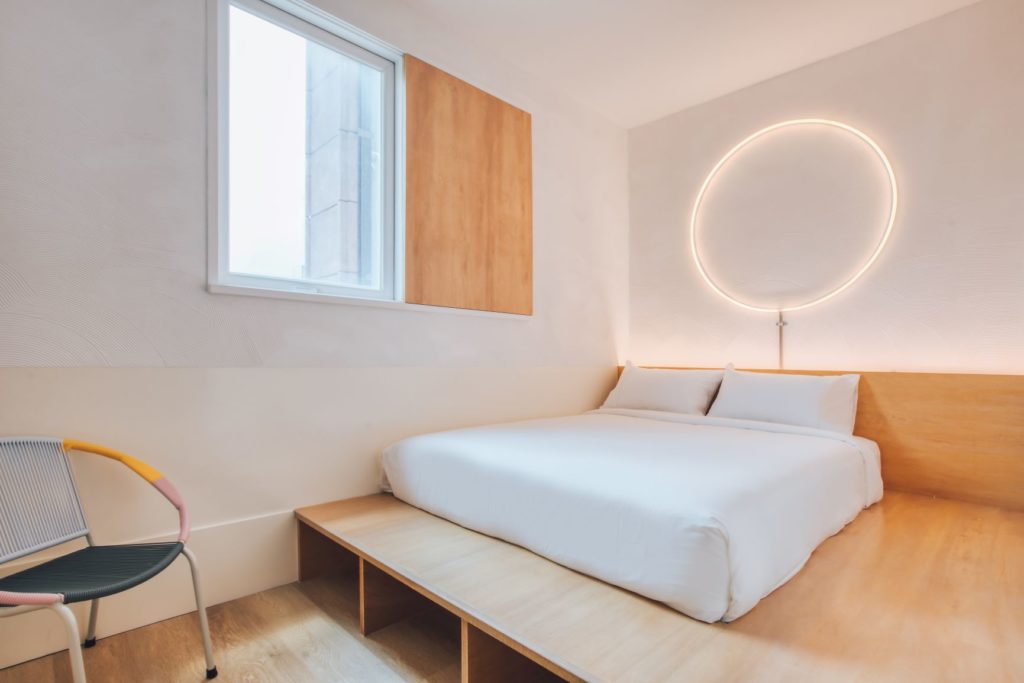 Inward facing rooms look out onto a large gallery lightwell which provides the rooms with a curated moving image space.

The design palette throughout the rooms and the communal spaces are made up of simple, honest materials with raw concrete, laminated timber and combed (artexed) plaster featuring throughout.

Notes of dusty pinks, washed greens and aged brass are consistent throughout the furnishings, fabrics and ornaments. 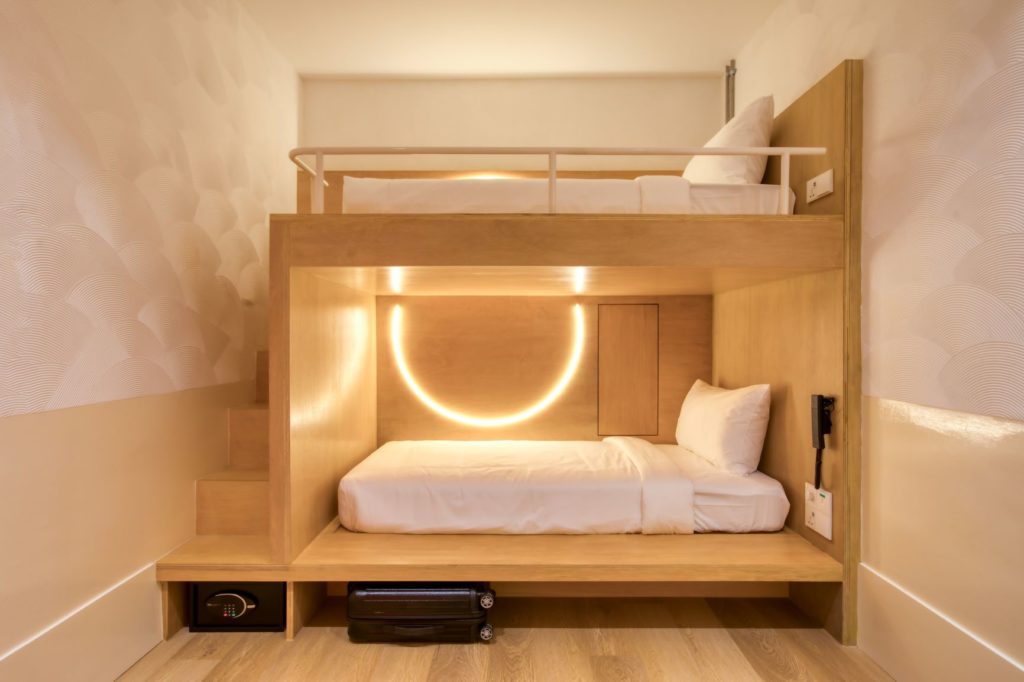 Sydney based interiors and architecture studio, Akin Atelier, has led the design of MoMo’s The Australia based designer has brought MoMo’s to life ‘using the multi-faceted and playful character of Kuala Lumpur as the inspiration for the design.’

The public spaces have been conceptualised to feel like an experiential gallery where food, art and music are expressed in its rawest forms to elevate and juxtapose them from the simple rooms.

A second MoMo’s hotel is slated for a 2022 opening in Melbourne, Australia.