As a commuter travelling through Kings Cross I have seen the area change beyond recognition over the past two decades.

From a drug infested no-go area into the metropolitan go-to area it is today.

On the main Euston Road that runs past the entrances to Kings Cross and St Pancras stations are four hotels that face into each other, like the four corners of a boxing ring; The Great Northern, The Rennaissance St Pancras, The Standard and The Megaro.

The Megaro is perhaps the least known of these hotels but it stands out for two reasons.

First, it is covered in bright graffiti on the outside (with the full approval of Camden Council) and, on the inside, it is equally non-conformist.

In fact, it has one of the most unusual hotel interiors in London.

Most recently Chebaane has turned his attention to the hotel’s basement bar and he has created something every bit as strange and exciting as the rest of the hotel.

There is a theme here although it’s not easy to describe.

Thankfully, Henry Chebaane was on hand to explain, in his words, what has inspired this truly unique basement space. 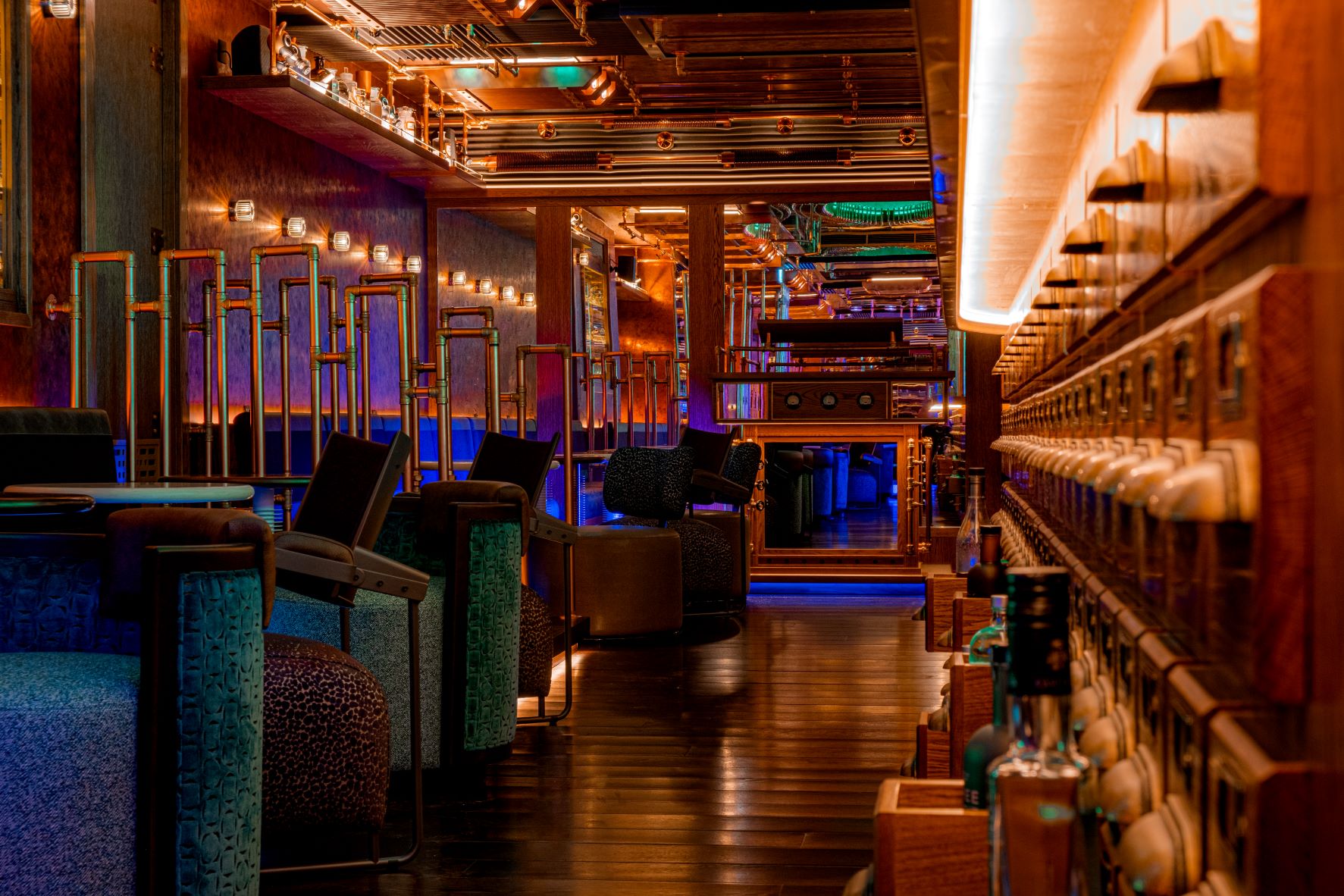 “I have researched the history of the Kings Cross area for two years, to inform my strategic masterplan on the renovation of The Megaro and the creation of The Gyle, its sister hotel (on Argyle square).

“All my design concepts then flow from this research.

“The Megaro had previously this underground space used as a venue, but it was rather dull and dark.

“Basement bars are always tricky at the best of times, but it’s even harder to pull traffic, when you ask customers to access through a hotel lobby.

“So, as a solution, I started the project a couple years before that, by first redesigning the small hotel lobby as a ‘steampunk Victorian time machine’ juxtaposed with a pop art gallery, which I named MINIMIX.

“This became a desirable hub for guests to visit, rather than a functional transit area.

“Then, I created the next piece of this experiential puzzle: a new ground floor Italian wine bar and restaurant called MAGENTA, occupying the prime corner where a bank used to be.

“Following on, we’ve just opened HOKUS POKUS. I thought that to deliver as much value as possible, the space had to be conceived and developed as a strange destination, a complete shock to the expectations that visitors might usually have about a cocktail bar.” 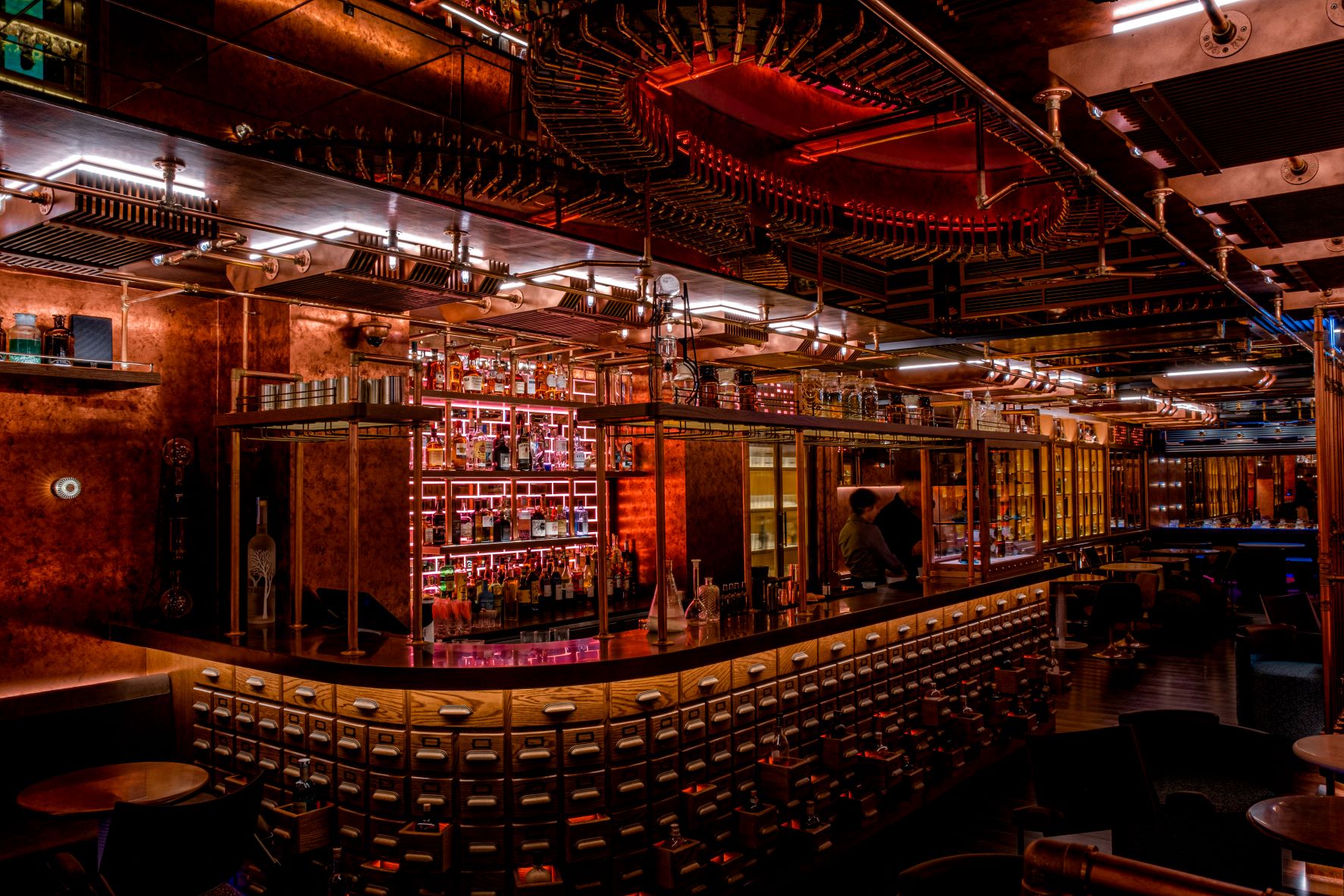 “To continue building upon the narrative set by the arrival lobby, I created a sort of underground spacetime warp, a blend of 19th century apothecary and retro-futuristic steampunk engine room, inspired by Victorian science, quack medicine, alchemy books and esoteric literature.

“I’ve been studying filmmaking for a few years now, as this is another area of creative interest that I’m pursuing.

“This enables me to think about interiors much more in terms of entertaining set design and fully immersive experiences rather than just a surface on which to place furniture.

“It took me five full days just to set the right scenes via the lighting controller.” 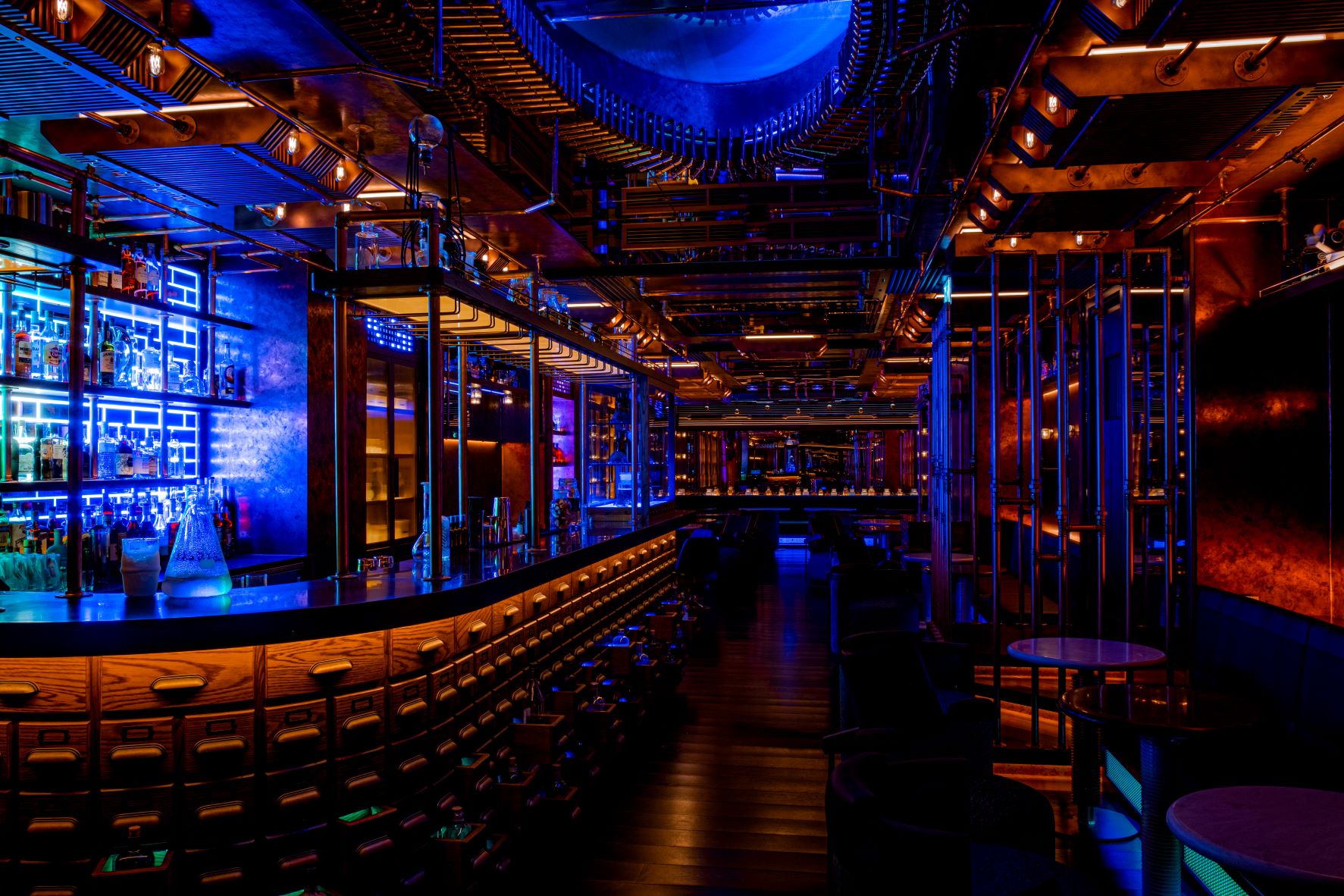 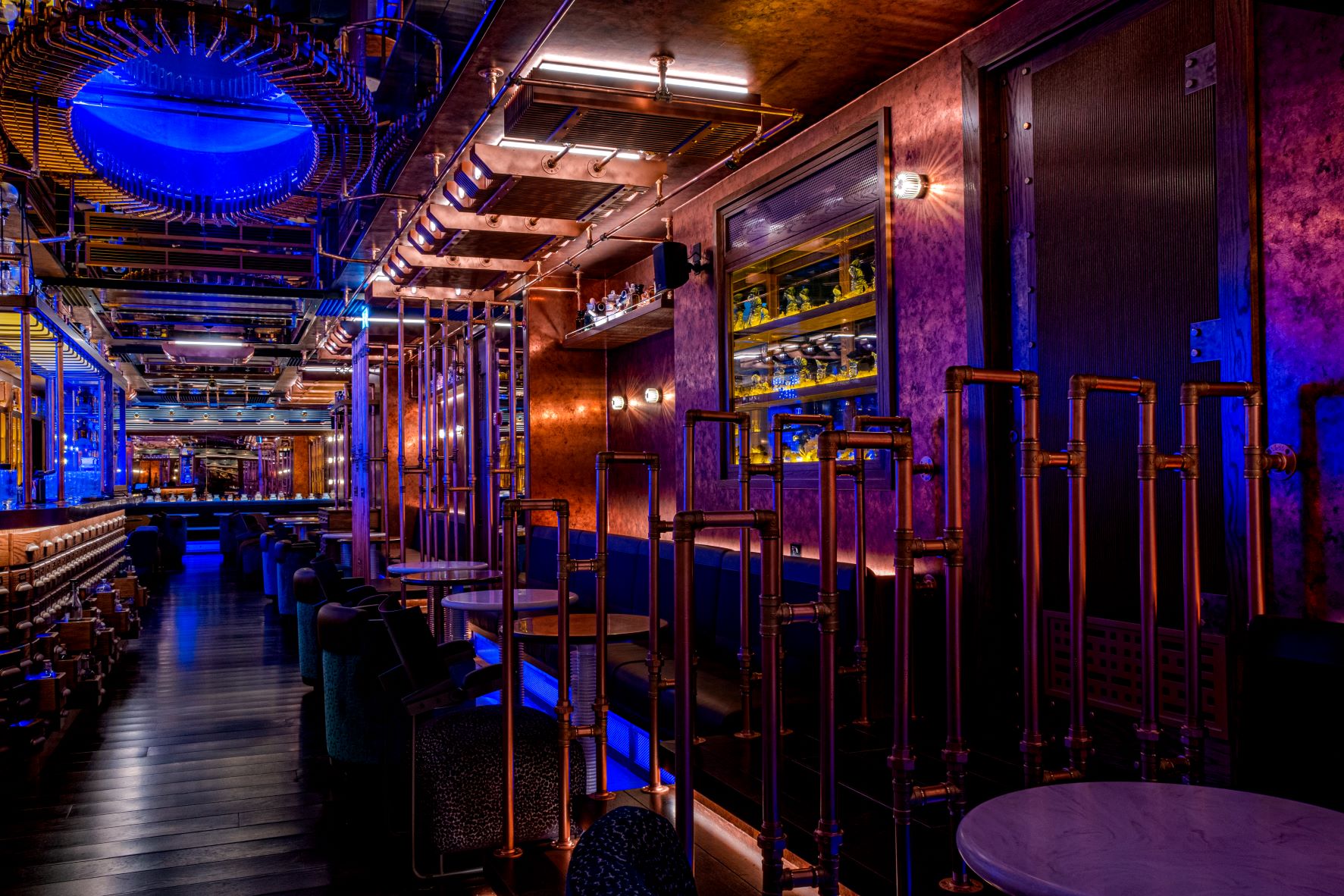 “Creating and curating art installations is another important part of my work.

“I make many pieces myself, and usually collaborate with other artists to craft the rest.

“Life can be difficult, so I just hope that for a brief moment this place can give each visitor a bit of escapist magic, as simple as saying ‘Hokus Pokus!'”