nhow is a design-led brand that surprises and inspires its guests by offering them an unconventional experience, which is unique to each hotel’s location.

The nhow brand is a part of NH Hotel Group and has hotels in Marseille, Milan, Rotterdam and Berlin.

Every one has been created by at least one internationally recognised architect or designer.

Karim Rashid, Matteo Thun and Rem Koolhaas have all played their part. 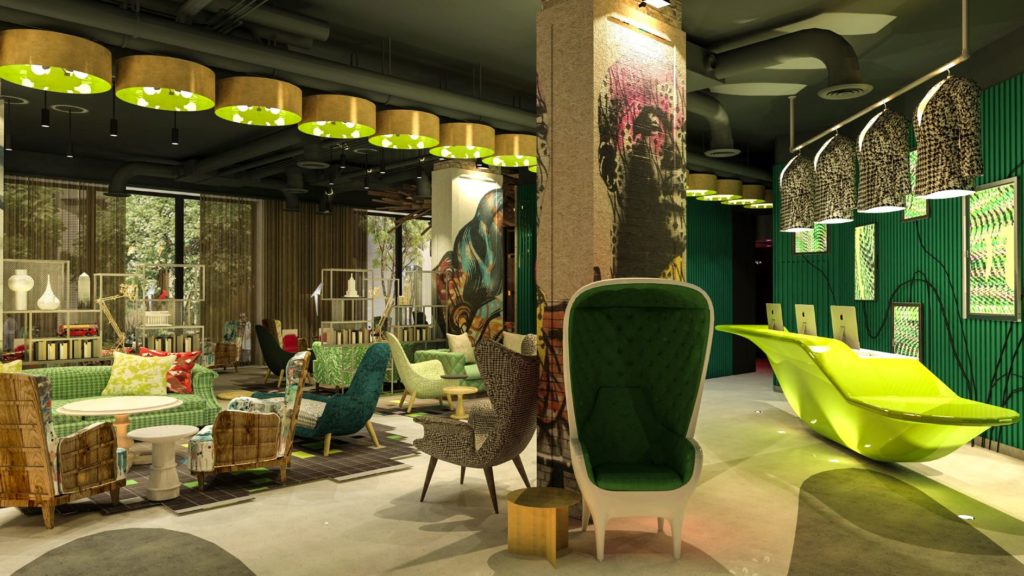 nhow is not a brand that will appeal to everyone.

It’s not cosy or comfy in the traditional hotel sense and whilst each hotel is representative of its locale, the representations tend to be stark and cutting edge in a pop-art sort of way.

nhow London, will open later this summer as part of the exciting new development 250 City Road. 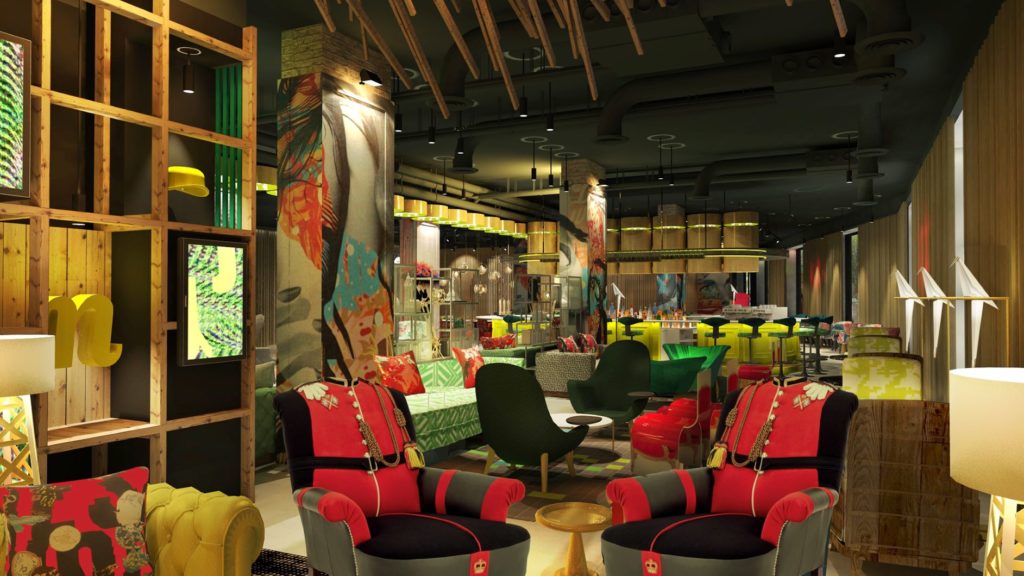 London-based James Soane of Project Orange is responsible for the interior design, taking on the theme ‘London reloaded’. 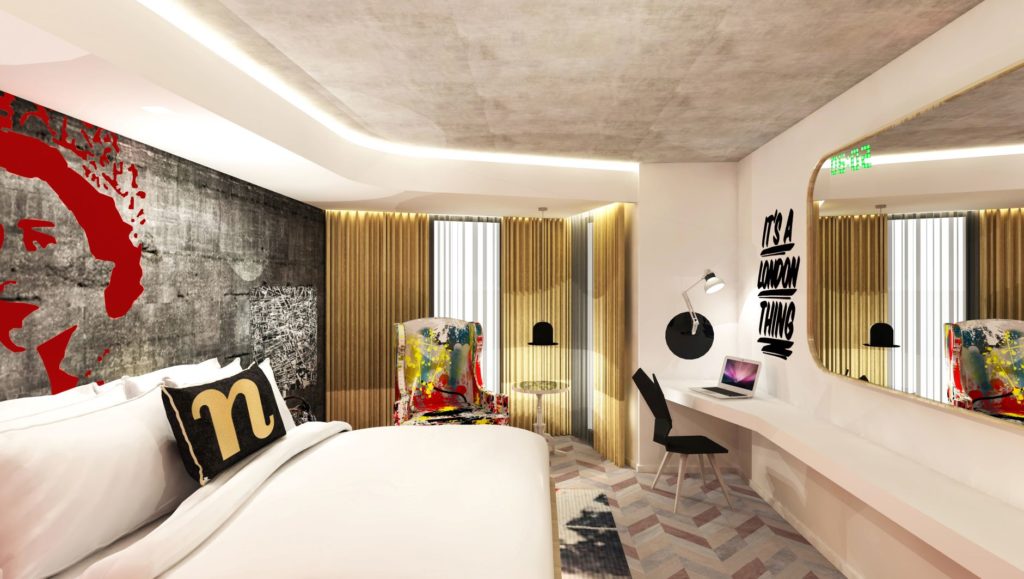 Throughout the hotel, bold and fresh design takes inspiration from traditional British icons, such as the Royal Family, London landmarks and the underground. 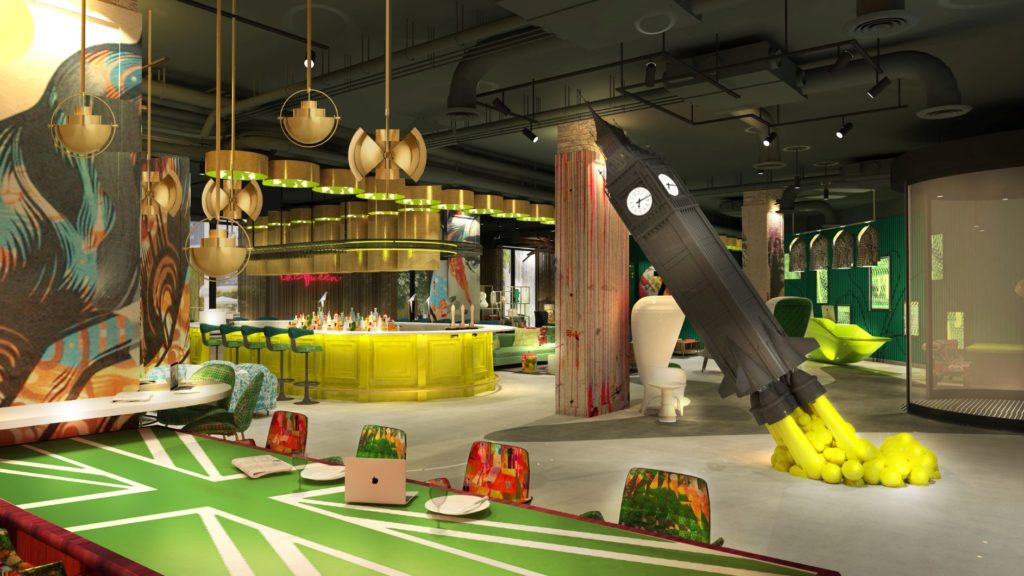 All have an unconventional and contemporary take, with stand-out features including a Big Ben rocket sculpture in the lobby, tables featuring cockney rhyming slang and oversized gold bell lights, a reminder of the city’s famous church bells.

Colourful textures will confront contemporary art in the rooms, creating an unforgettable version of London. Punk will meet high tech style, while graffiti will appear alongside unconventional images of past monarchs. 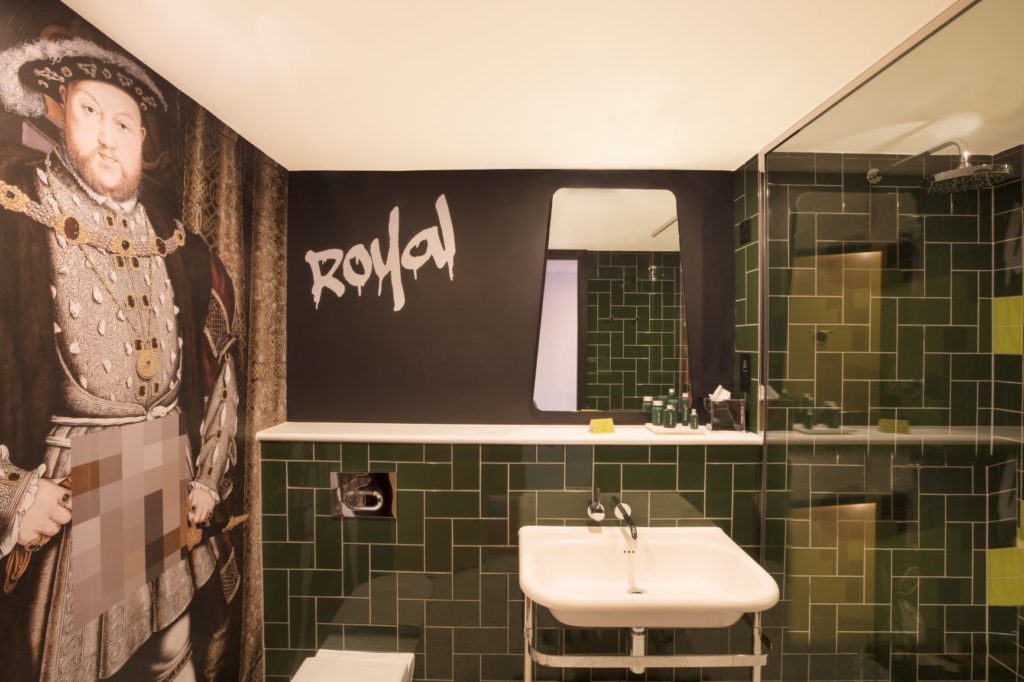 nhow London is situated on City Road, on the fringe of Shoreditch, long regarded as one of London’s most dynamic and creative hubs. The hotel plays homage to both the area’s industrial past and technological future.

The eight-floor hotel will house 190 vibrant rooms, a restaurant called The Bell– a reinvention of the British pub, bar, gym and three meeting rooms called Laboratories.

The team at GS Magazine can’t wait for nhow London to open. It may be unconventional but promises to be fun at heart and looks certain to attract the designers and creatives of Shoreditch.