SLEEP event given new identity and new home in Olympia

The SLEEP event has been going for a long time. It was first staged at the Old Billingsgate Market and launched by Mondiale, the publisher of Sleeper Magazine. I remember thinking at the time that it was excellent. Sufficiently new and cutting edge to attract a new generation of designers but with enough gravitas to appeal to operators of established hotel brands. SLEEP remained at Old Billingsgate for a couple of years before moving to the Business Design Centre (BDC) in Islington. By the time it arrived at the BDC, in the mid-noughties, it had a strong following and it wasn’t long before it settled into its surroundings. Upper Street is full of restaurants and bars and during the two days of the show, they were busy hosting parties organised by any number of exhibitors and sponsors, keen to make a good impression with their customers and business friends.

The Sleep Sets remain as impressive as ever. This by AB Concept x Maison Pierre Hermé Paris 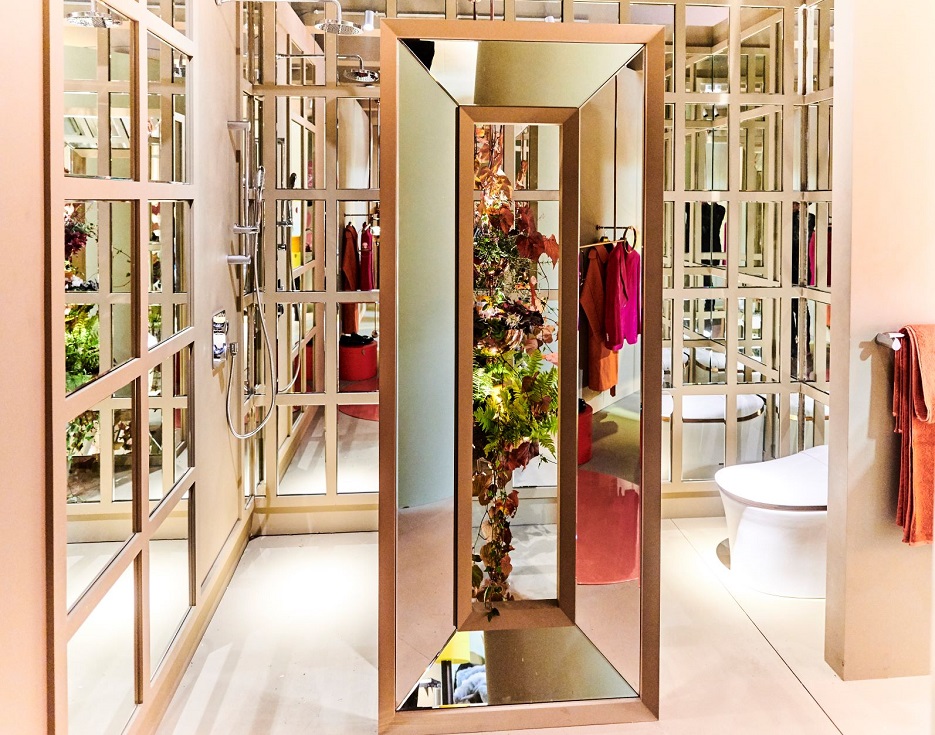 It seemed to me that SLEEP had found its spiritual home in Islington, it had good transport links and was a stone’s throw from Hoxton and Shoreditch, where many design studios were setting up. After a few years Mondiale sold the exhibition to UBM although they retained some interest in it as media partner. They also continued to run the European Hotel Design Awards, now known as AHEAD, which was integral to the show even though it was staged across London in the Park Plaza, Westminster Bridge. SLEEP grew in size and stature and became an important event in the design calendar. A mainstay and something to look forward to. Last year it was announced that the show would be relocating to Olympia for 2018 and the general reaction to the move, as far as I could tell, was lukewarm. Let’s face it, for most Olympia is a bugger to get to. It was also to be renamed SLEEP + EAT, in recognition of the fact that it is equally relevant to restaurateurs and bar owners.

The 2018 event has now taken place (November 19th and 20th) at its new home, with its new identity. Was it as good? I honestly don’t know. It was certainly busy enough when I attended, so the marketeers and PR’s have done a good job promoting it. There were as many, if not more, exhibitors than before – an indication that the show had outgrown its previous home perhaps. And the exhibitors I managed to speak to were cautiously optimistic about the changes. Many had exhibited at previous SLEEPS, so they should know. However, the area round Olympia offers little to those who want to socialise or entertain after hours and that could be an issue. Time will tell as to whether the move to Olympia was a good thing or not. I hope so. It’s not easy organising and putting on a large trade show and they’ve tried hard to make it work. Personally, I shall miss the buzz that the Islington site provided and the after-show shenanigans, some of which were epic. Happy memories.