Decorex International, which concluded last week, celebrated its 42nd edition. It is still arguably the most relevant show for interior designers and boutique hotel operators to be staged in Britain with undoubtedly the most inventive and inspiring exhibitors. 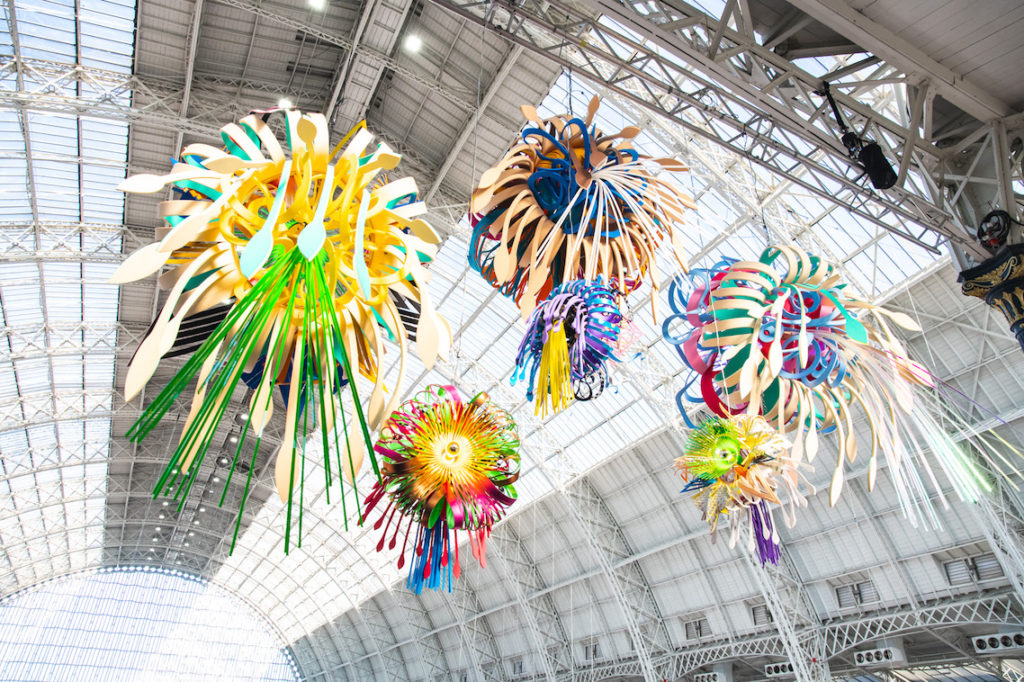 Debuting at Olympia London, its new home in the heart of the Capital, this year saw a 10% rise in visitors across the four-day spectacle.

Over 400 of the world’s top design talents showcased everything from hand-painted wallpapers and printed fabrics to bespoke furniture and conceptual lighting.

Environmental responsibility was central to year’s edition, with Decorex finding new and innovative ways to put the environment at the heart of luxury design.

Nowhere was this more evident than in the VIP room, created by UK interior design studio, Harding & Read. 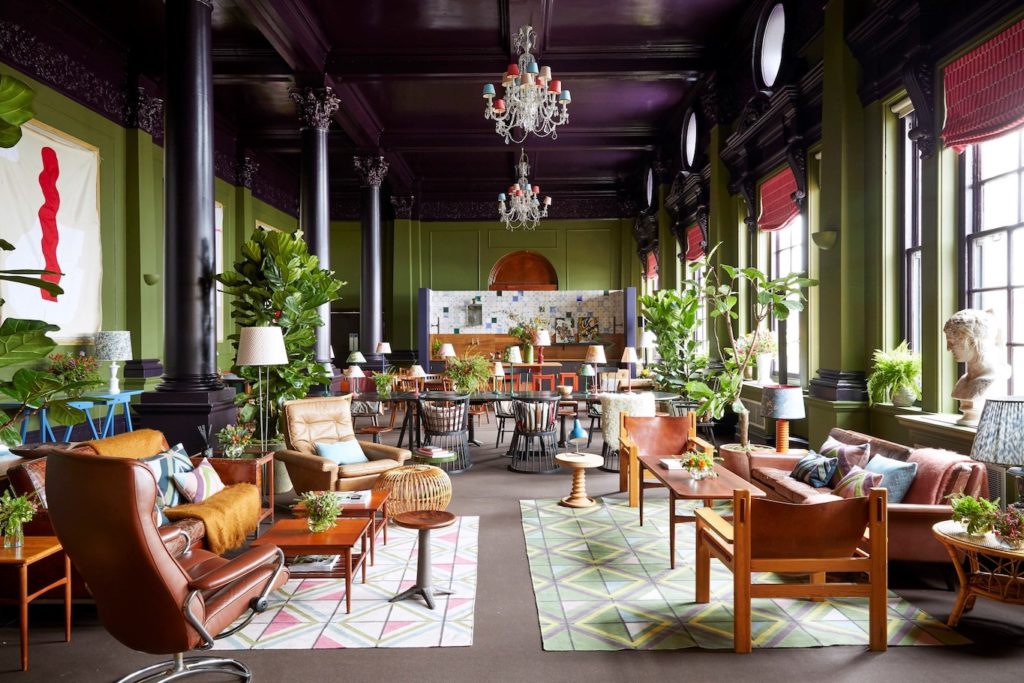 The team worked closely with suppliers, including Vinterior, Matthew Cox, Christopher Howe, British Standard and Farrow & Ball, to encourage a conscious approach to consumption. Mindful of the lifecycle of furniture and fixtures, the studio chose vintage and reclaimed pieces where possible.

Each and every piece that featured was given the opportunity to find a new home after the show, with an online auction that raised £14,300 for Emmaus – the charity working to end homelessness.

Alongside inspiring new ways for brands to think about their environmental impact, Decorex also celebrated those that are already going above and beyond to be sustainable.

This year’s Decorex Awards were the ideal opportunity, with the introduction of a new ‘Best Sustainable Product’ prize.

Similarly, this year’s bar design celebrated the very best of biophilic design in the interior space.

Created by set designer, Paula May Evans, in collaboration with Cameron Landscapes and Gardens, the bar connected visitors with nature through distinct areas – the Amazonian Jungle Garden, the Abandoned Desert Garden, the English Country Garden and the Urban Industrial Garden.

Technology and the home 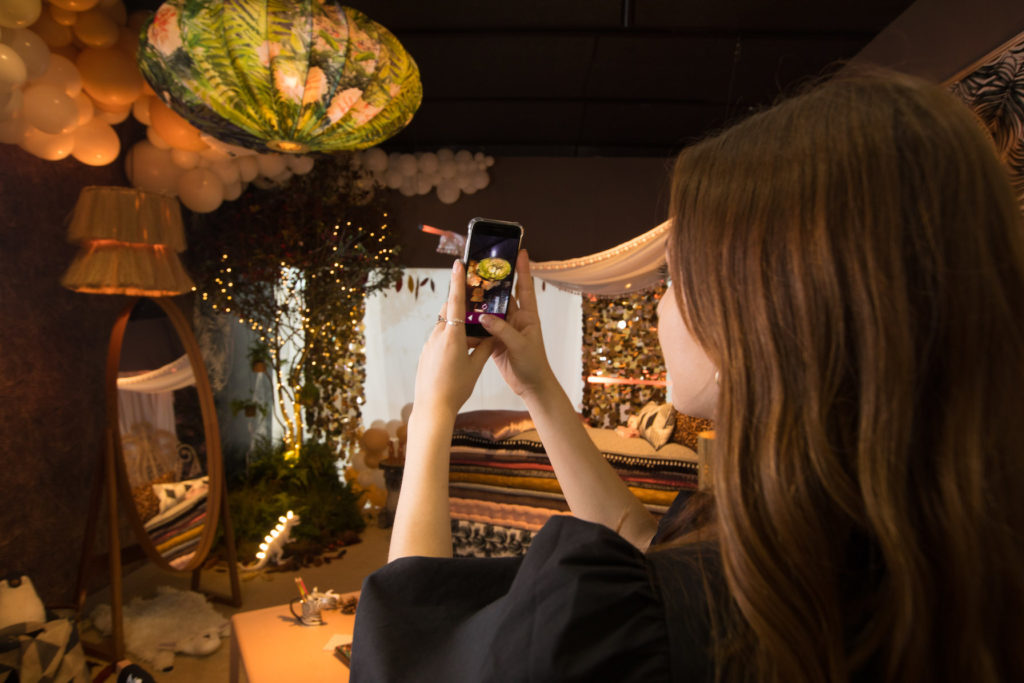 Allsopp continued to explore our experience of the home with ‘Design of Wellbeing’, an engaging talk where he asked the audience to consider what ‘home’ means today. 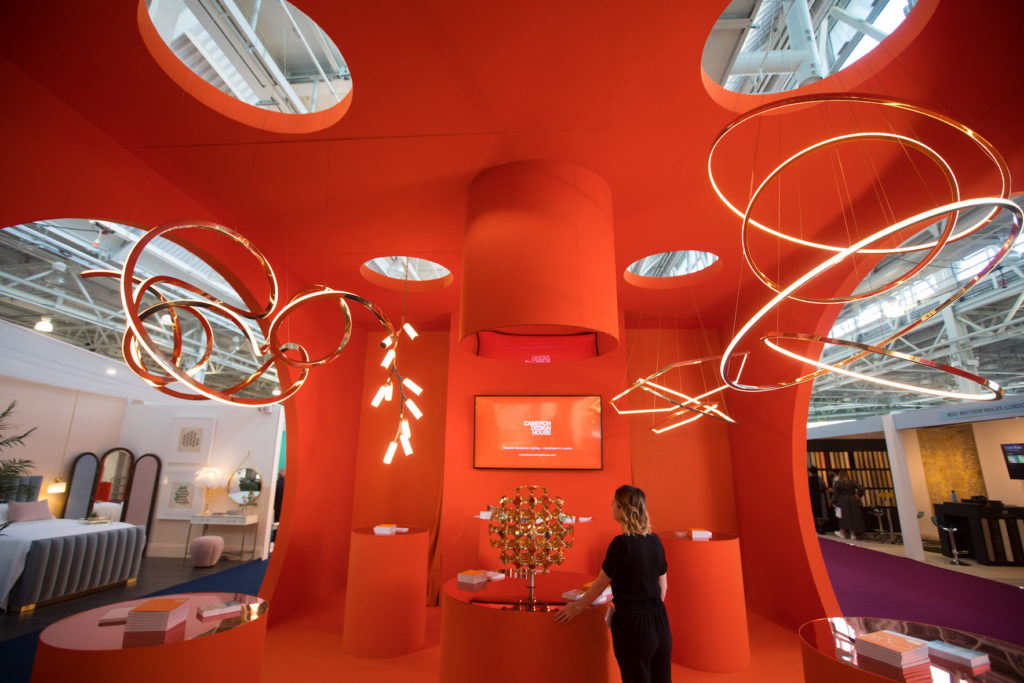 The seminar examined how we physically and emotionally interact with our surroundings while sharing practical design advice to help transform living spaces.

Decorex is renowned for championing the very best in craft and making, and this year was no exception. 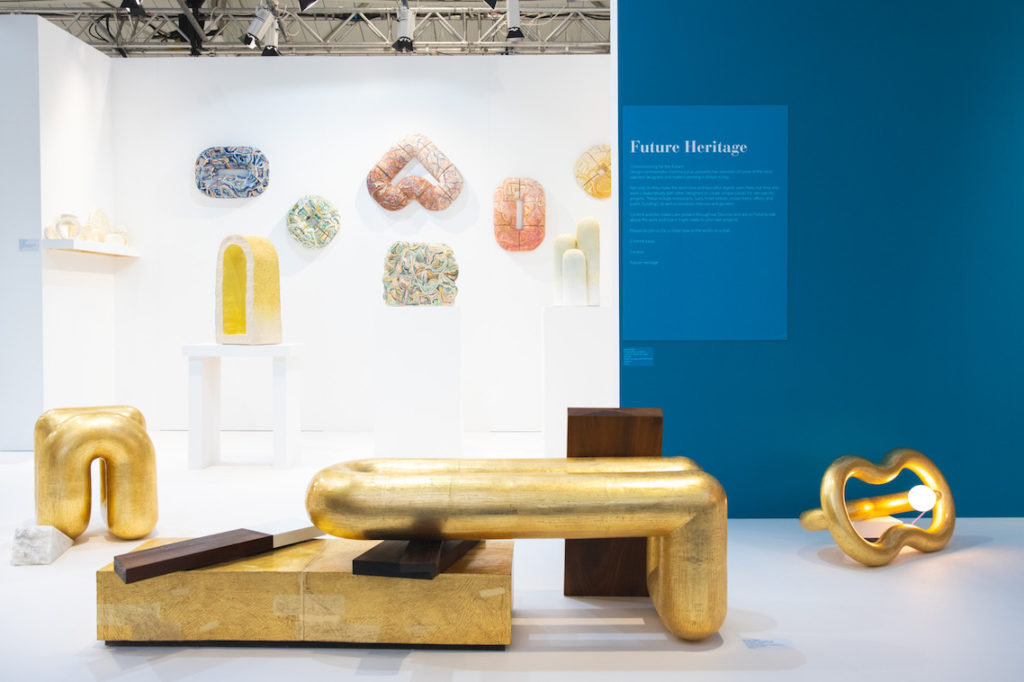 With museum quality pieces on display, many of the exhibitors received interest from international cultural institutions, while others began the process of commissioning for leisure and hospitality organisations as well as architects and large-scale private residential projects.

Elsewhere at the show ‘In the Making’ offered live, interactive demonstrations that gave insight into the meticulous journey of skill and care an artisanal piece takes before it reaches a client’s home.

One stand showcased the woodworking and stone masonry skills of alumni from the British Crafts College, founded in 1893 by the Worshipful Company of Carpenters, while another dedicated a space to Morris & Co.

Decorex continued its support of emerging craftspeople with Foundation, a platform for the next generation of designer-makers of contemporary, bespoke furnishings.

Featuring craft and design companies from various disciplines, Foundation presented twelve businesses that have been operational for fewer than five years.

Testament to the exceptional skill and expertise of this up-and-coming group, Foundation exhibitor and artist Amy Collins was the recipient of Decorex’s ‘Best New Exhibitor’ award.

The judges said of her work, “Amy has turned her evocative, detailed and hand-drawn artworks into beautiful, yet simple, wallpapers inspired by toile du joie in a delicate modern interpretation. She is clearly a designer to look out for.”

Joining Amy Collins and Jennifer Manners as 2019 award winners were three other lucky exhibitors who scooped up the prize in the remaining categories: Best stand, Best New Product and Best International Exhibitor. 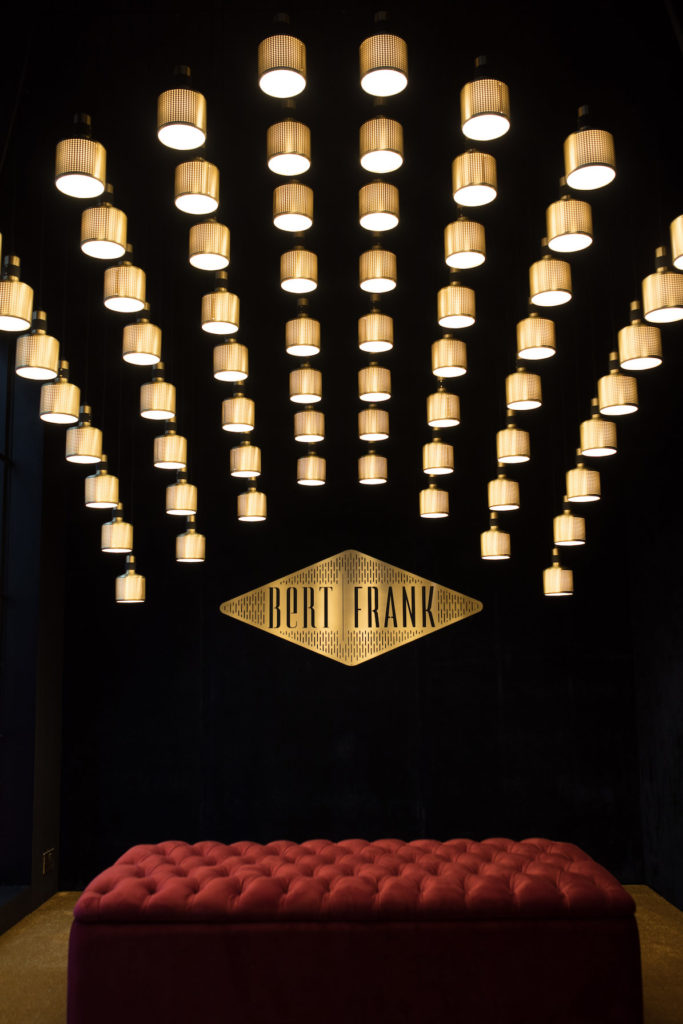 The judges chose the brand for its “excellent products” that were “creatively displayed incorporating really fun and interactive elements that appeal to the senses.”

The best new product award went to Parker & Jules for its ‘Ziggy’ wallpaper, which draws on its founder Nancy’s fashion background.

Commenting on the design, the textile company said “Nancy loved this print but felt its application somehow wasn’t quite right for the fashion world. In interiors, it works incredibly well.”

The Judges agreed, selecting the design because “it’s versatile, the kind of paper you can imagine using in a variety of environments from period property to modern homes.”

The judges were captivated by her “completely unique product range in classic globe shapes made from a structure composed of fiberglass and a carbon braid, which is then laminated by hand with an epoxy resin”, stating “her fashion background shines through these tailored and delicate lights.”

Decorex International will return to Olympia London from 11-14th October 2020.