We can’t wait for the new NoMad hotel to open its doors in Covent Garden. 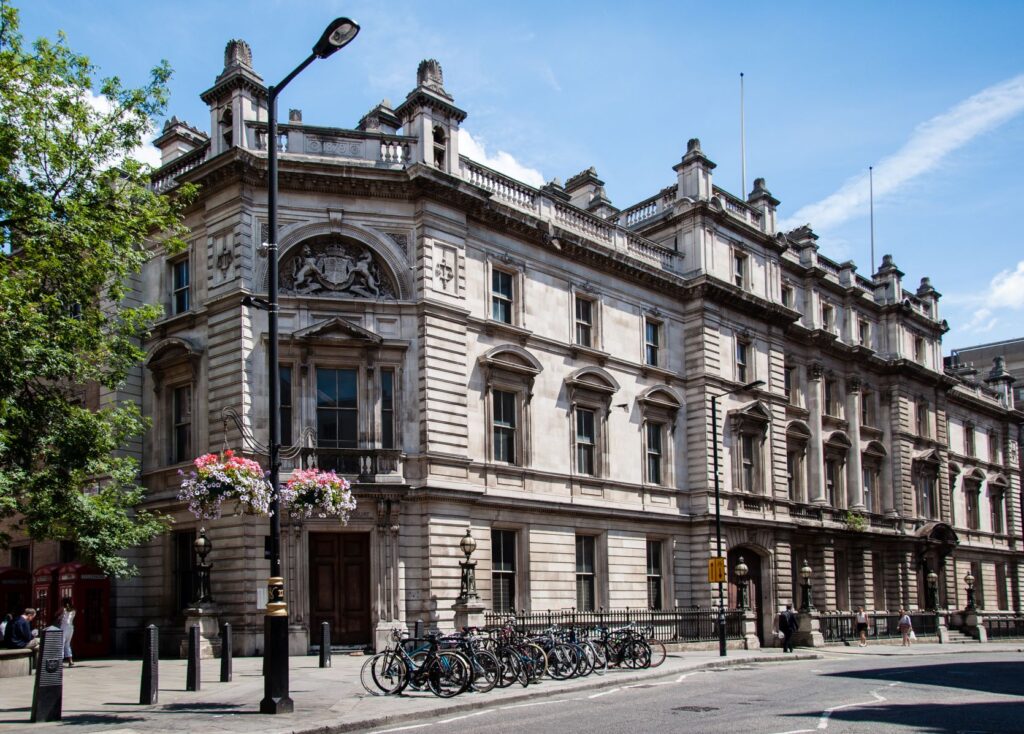 Housed in what was the Bow Street Magistrates Court and facing the front entrance of the Royal Opera House, it is a building steeped in history and linked with some of London’s most notorious criminals.

It was the Magistrates Court for nearly 300 years and the likes of Casanova, Dr Crippen, The Kray Twins and Oscar Wilde were tried and convicted there.

It was also where Henry Fielding’s Bow Street Runners originated; those eight hand-picked crimefighting constables were the forerunners to the Metropolitan Police Force. 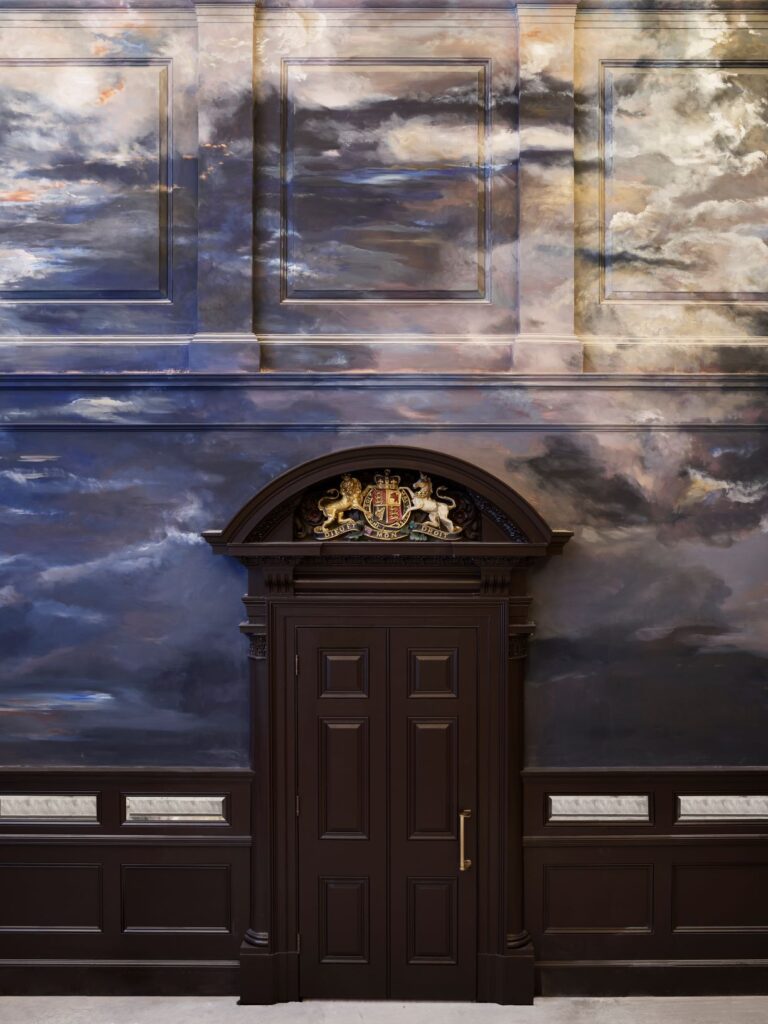 Those with an interest in the history of the building will not be disappointed.

A museum has been established with the heart of the hotel, open to guests and to the general public on a daily basis.

And as the new NoMad hotel, this 91 key property offers a culture of gracious hospitality combined with understated elegance and comfort. 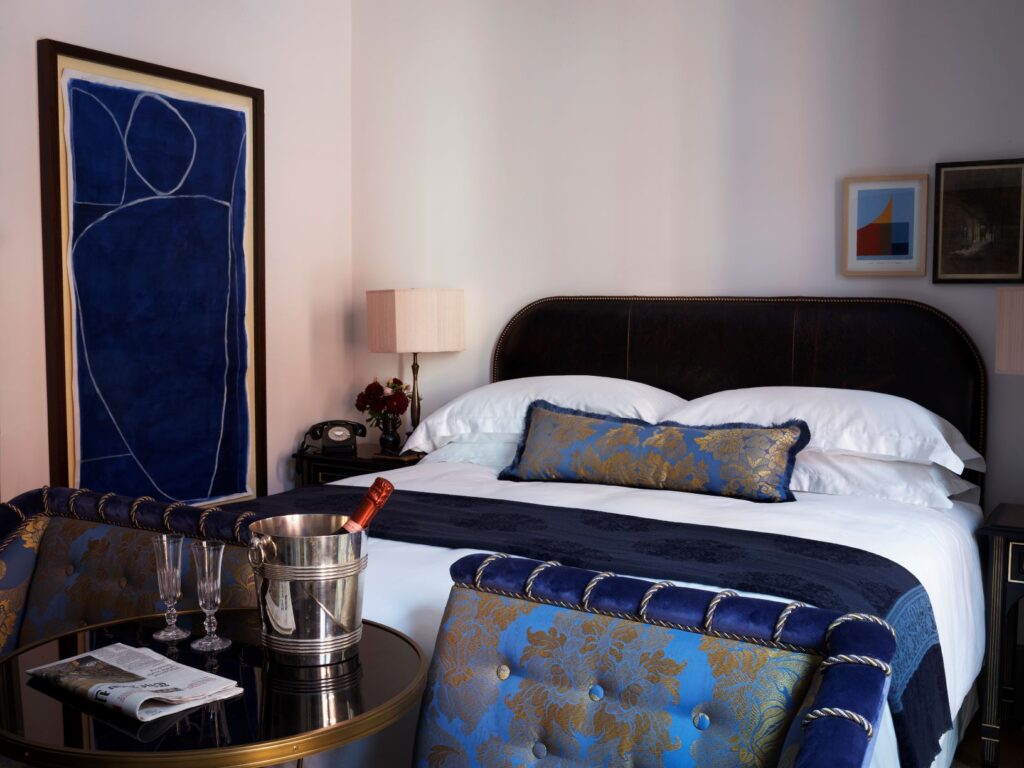 The interiors depict a refined Bohemian style, in keeping with the NoMad brand’s ethos.

NoMad London represents the fifth project in a shared history of notable hospitality projects designed by New York based design studio Roman and Williams and developed by the Sydell Group.

After conceiving of and designing four Freehand outposts that includes the original brand concept and identity, Sydell Founder & CEO Andrew Zobler tapped Roman and Williams for this first international location of the NoMad flag.

All prior NoMad Hotels having been designed by celebrated designer Jacques Garcia, Zobler felt it fitting for the American hotel’s British footprint to be authored by a distinctly New York hand, as the first location and original home of the brand. 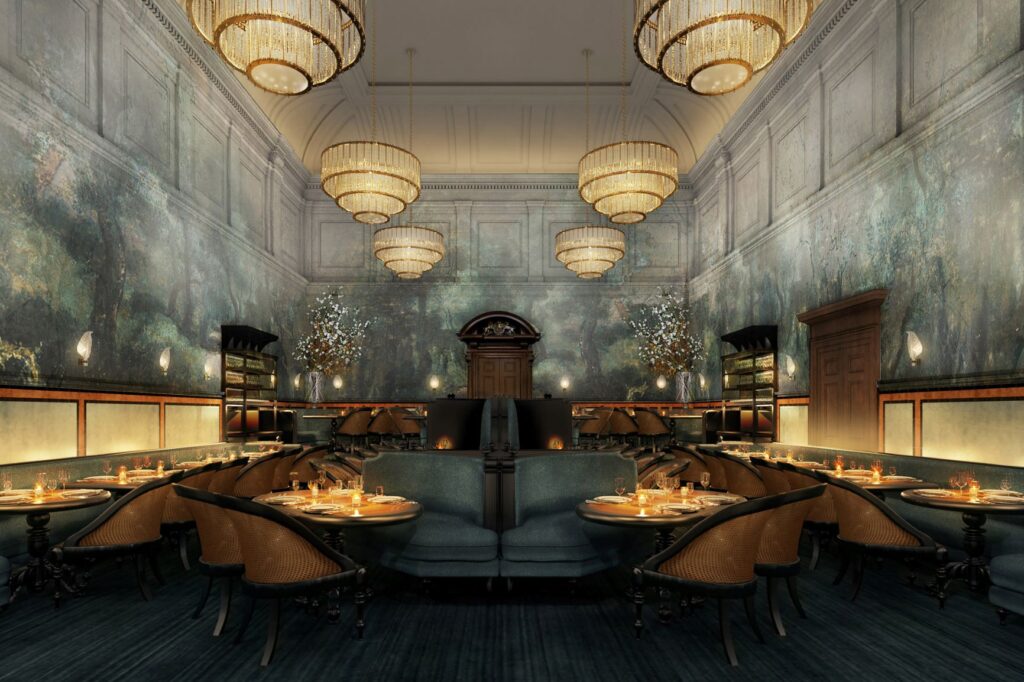 The designers had this to say of the project: The architecture and interiors of NoMad London pays homage to and celebrates the era, context, and existing structure of the Covent Garden Magistrates Court while imbuing its spaces and surfaces with an eccentric modernity.

The challenge of integrating a newly built addition with the inherited architecture of the building materialized a space ripe with dichotomies: old and new, hard and soft, New York and London. 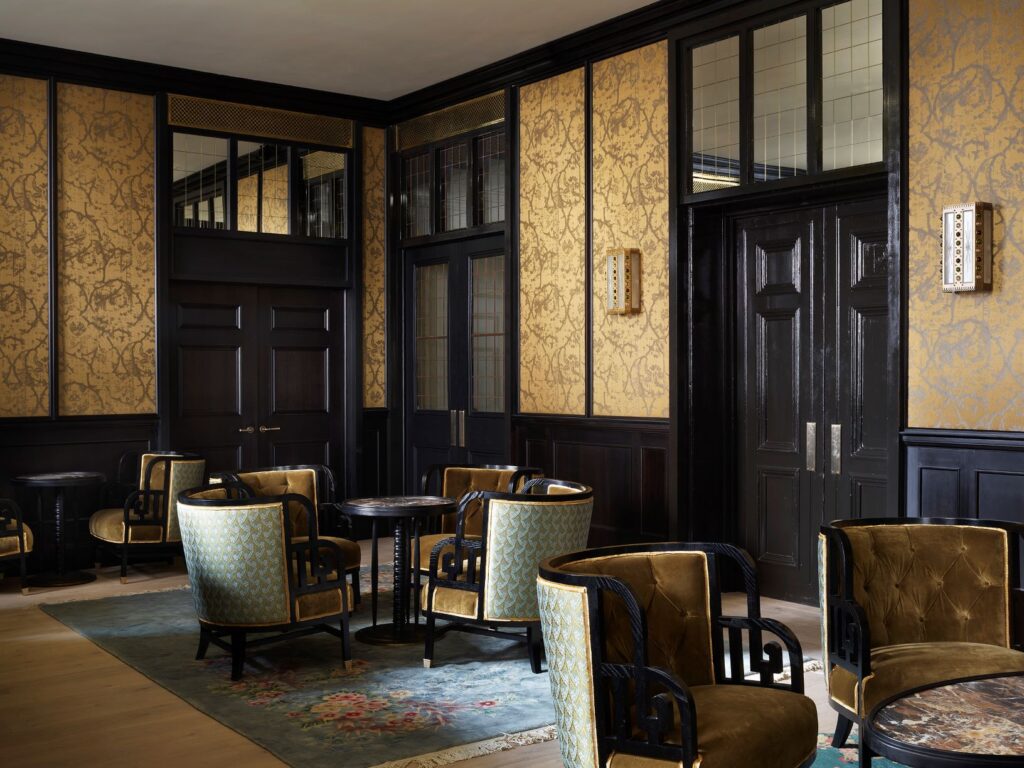 These principles abound and flourish throughout the building.

For example, Victorian and aesthetic movement decorative arts were studied for the property in a nod to the period in which the current incarnation of the historic structure was built, while an insertion of decorative accents distilled from New York’s jazz age plays in harmony. 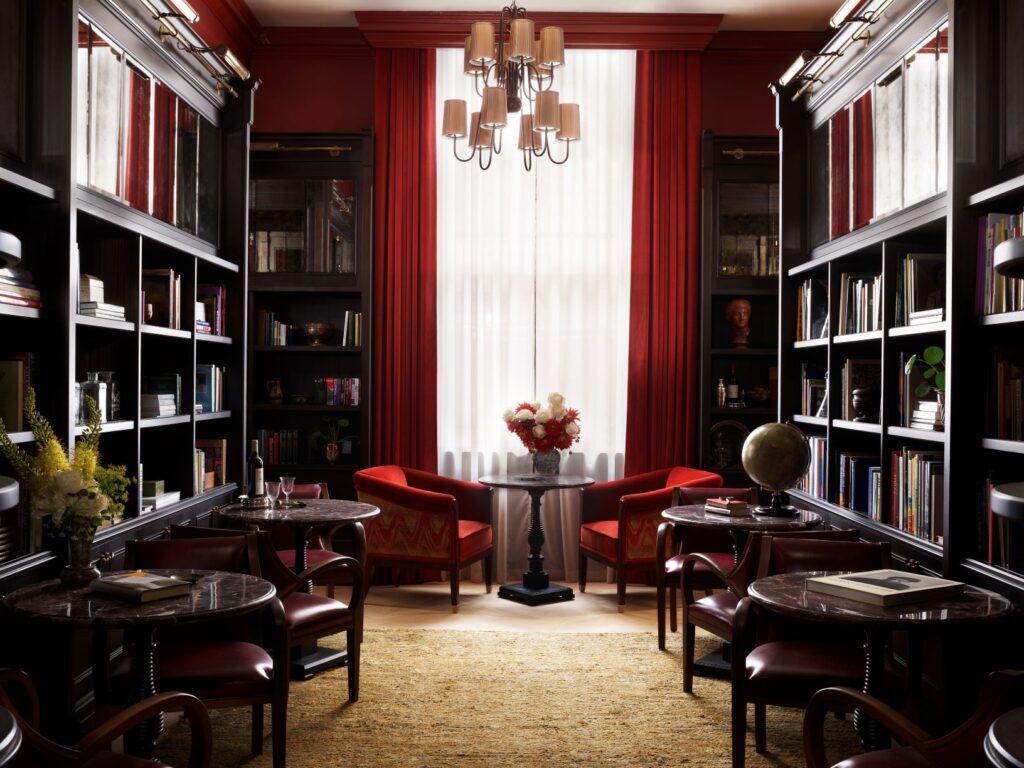 The public spaces amplify this discussion between old and new, bringing into the mix a vision of greater contrasts that constructs spaces outside of a specific period.

With the guiding principles of travel and collecting in mind, the NoMad will emerge as a space unique to itself, the time, and its guests.

The hotel has a main, all-day restaurant housed in the original courtroom, two bars; Side Hustle and The NoMad Bar, a library and a guest lounge called Common Decency.

Of course, due to lockdown, the hotel is yet to open but the photographs and renderings here should give a feel of what we can all look forward to.