It’s hard to believe it’s only ten years since the first PIG hotel opened its doors in Brockenhurst.

At the time it brought a new take on country house hotels which has gone on to inspire many others.

The kitchen garden concept and 25-mile menu were embraced from the outset by the chefs, the kitchen gardeners and every member of the team at THE PIG – not forgetting the tens of thousands of guests who have eaten in the greenhouse restaurant in the past decade.

The Pig’s designer, Judy Hutson, wanted to celebrate the hotel’s tenth anniversary by giving the bedrooms in the main house and the public areas some attention. 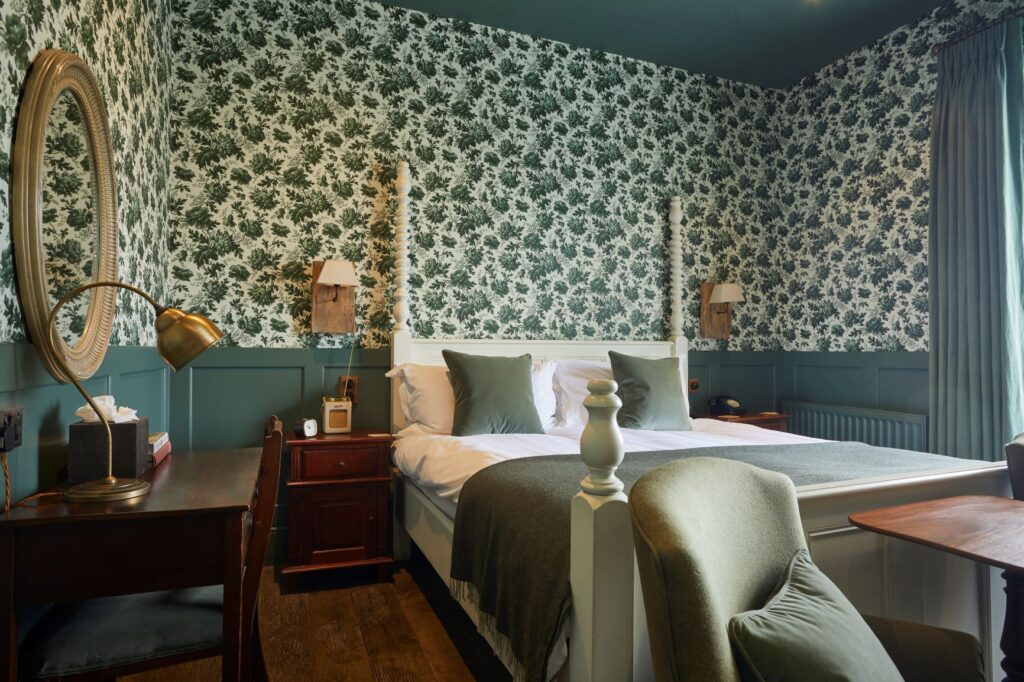 “We wandered round the bedrooms in the house and felt that our look had moved on in our more recent hotel openings, so to us we felt it was time to freshen up parts of the original Pig.” explains Judy.

“We wanted to bring the outdoors in even more; to embrace the forest and the natural surroundings.

“With The Pigs shut for a third lockdown this was the perfect time for a gentle facelift.”

The hotel’s public spaces have been spruced up with freshly painted walls, new fabrics and wallpapers and the twelve bedrooms in the main house now feature new dado height panelling in rich colour tones, dramatic wallpaper above and beautiful plain linen curtains selected from the Designers Guild Brera Moda range.

There are ten schemes in all which look as if they’ve evolved over the years rather than being a concept creation from a design studio. 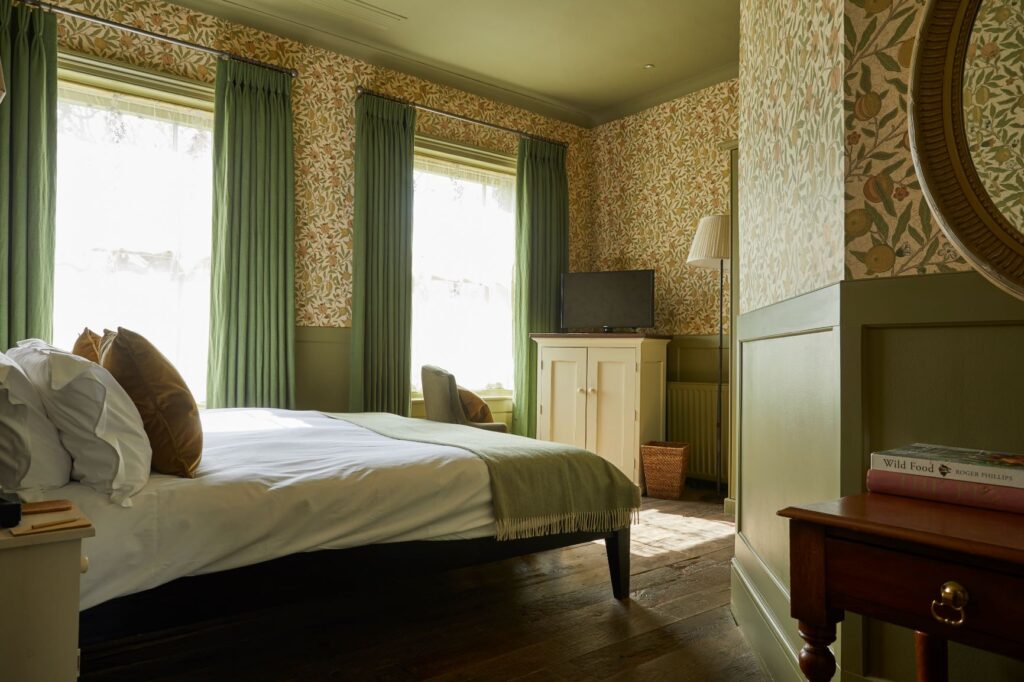 Subtle palettes of colour from Spring to Autumn are found in the fabric and wallpaper patterns that draw in the outside forest and meadows.

These bedrooms sit very comfortably in their New Forest setting, and all deliver that much loved, lived-in, old-fashioned feel with a modern twist that has become the trademark of The Pig Hotels. 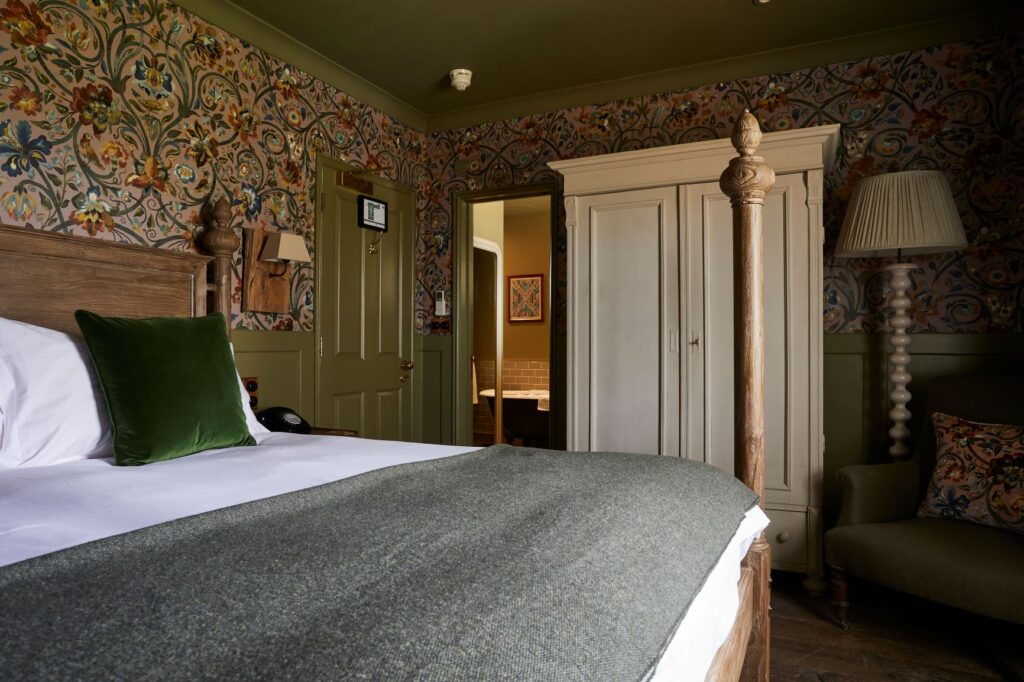 When it first opened GS Magazine had the opportunity to review this Pig and I recall Judy Hutson saying that the concept was to create a hotel that felt more like the home of a sweet and eccentric aunt who happened to live in the country.

That look and atmosphere was achieved then and still applies today.