Hotel Brooklyn is set to open its second design-led hotel in Leicester in summer 2022, following the successful launch of its Manchester sibling in February.

The hotel will be one of Britain’s most accessible with a focus on ensuring that designated accessible rooms are every bit as attractive, comfortable and sexy as the hotel’s other rooms. 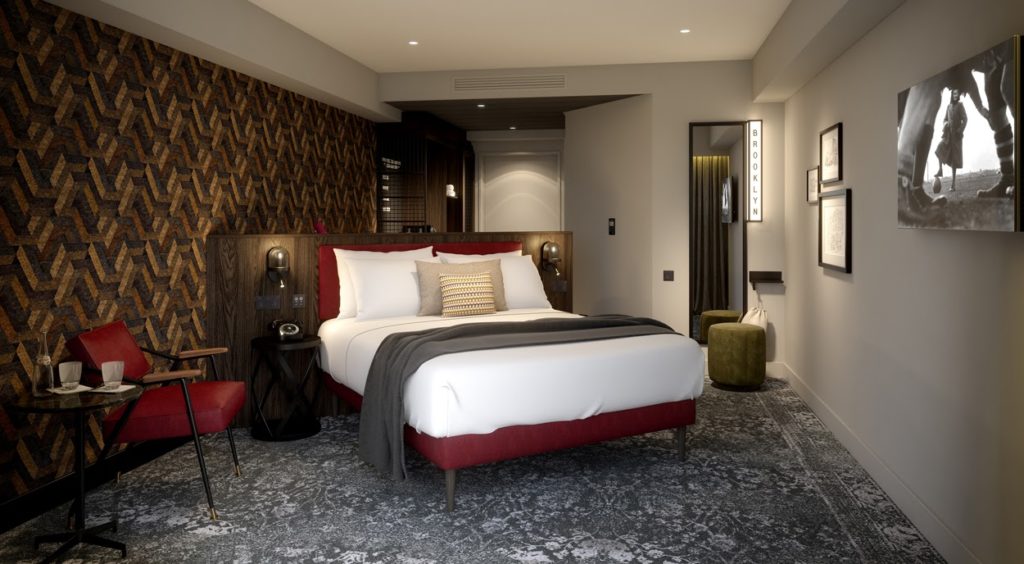 “We are thrilled to have secured this fantastic site in Leicester – right next door to the Welford Road Stadium”, commented Robin Sheppard, Chairman of Bespoke Hotels.

“Being built by our trusted partners Marshall CDP, with whom we have worked several times before, we believe Hotel Brooklyn is a perfect fit for Leicester.

“It will bring a destination hotel into the heart of the city, attract a new audience of customers and, we hope, become a business of which the city will be truly proud’.

Located beside the expanded Welford Road Stadium – home to the famous Leicester Tigers rugby team – Hotel Brooklyn, Leicester will boast 191 stylish bedrooms and once again push the bar when it comes to beautifully-designed accessibility for all. 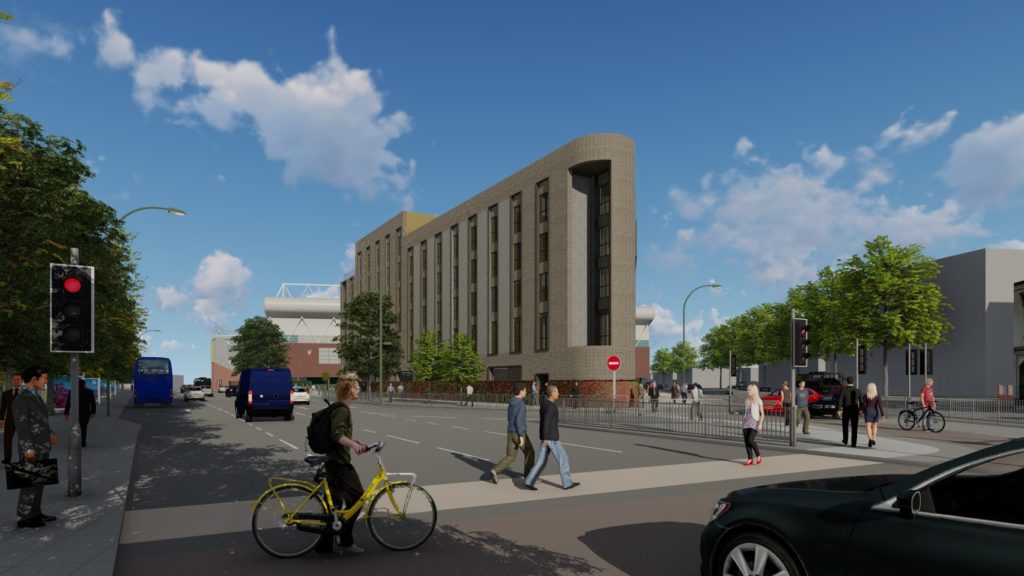 Designed by Squid Inc – the team behind renowned Hotel Gotham and Hotel Brooklyn, Manchester – the new Hotel Brooklyn will offer high-class corporate hospitality, versatile dining showcasing both European and American influences, and atmospheric accommodation with a number of skyline suites. 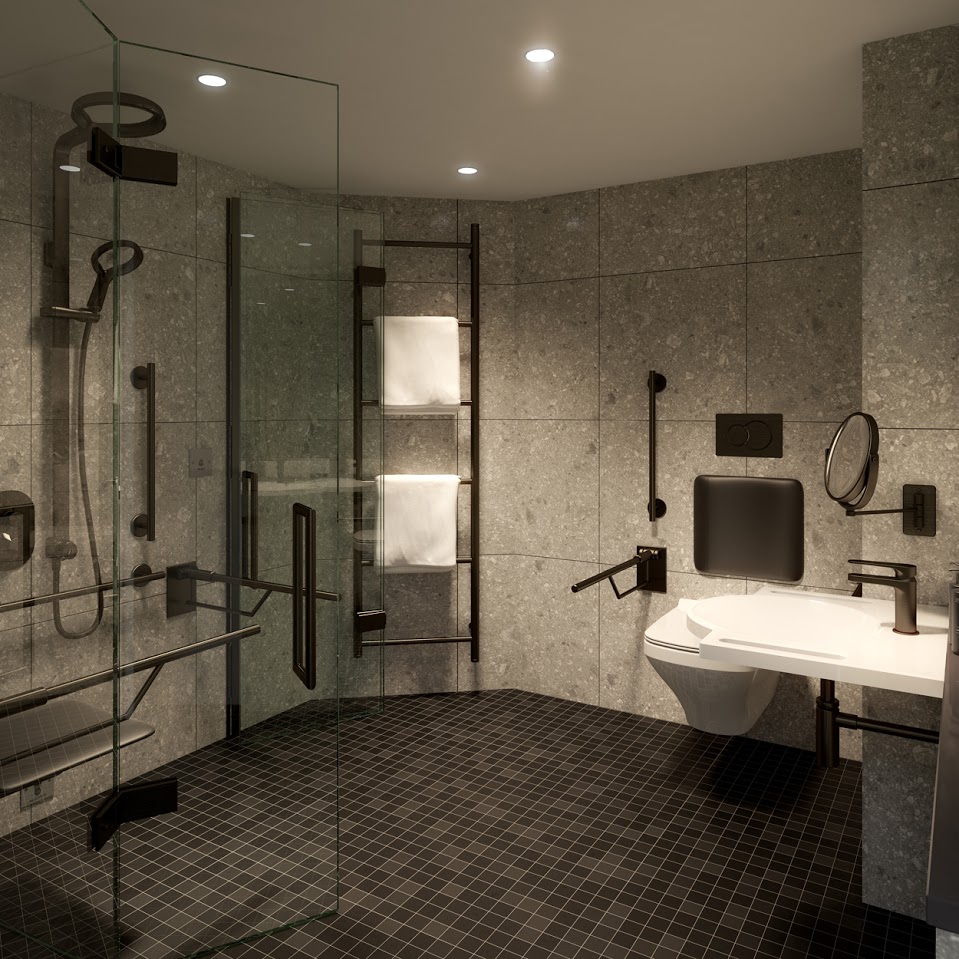 Inclusive design of the hotel will again be driven by the design statement capability of Motionspot, the UK’s leading accessible design company, unashamedly positioning itself as Leicester’s most accessible hotel.

Hotel Brooklyn is a pioneer in accessible design – leading the way in Europe with its adaptability features: a trailblazer in accessible, sexy and modern design for all.

In terms of design Inspiration Oliver Redfern, Lead Interior Designer at Squid Inc says: “this hotel has a very unique neighbour in the form of Leicester Tigers rugby club and will most definitely add a little extra inspiration into the design.

“Architectural features, such as the striking central atrium stretching over five floors, will allow us to take the Brooklyn ethos – a palpable anti-slick, anti-corporate sensibility – to a whole new level.

“This hotel will be irresistibly familiar: a place where outsiders become insiders, and a destination of true hospitality.”