This little Piggy went to Cornwall

No doubt, there are those who don’t like Pig hotels. But I’ve yet to meet them, and I’m not sure that I’d want to either.

Pig hotels are for those who don’t take life too seriously. For those who enjoy comfort, company and great food. The Pig at Harlyn Bay, which launched last year just before lockdown was announced, effectively delaying its opening for several months, is set in one of Cornwall’s most historic manor houses, with 16th century origins and add-on features from Jacobean and Georgian times. 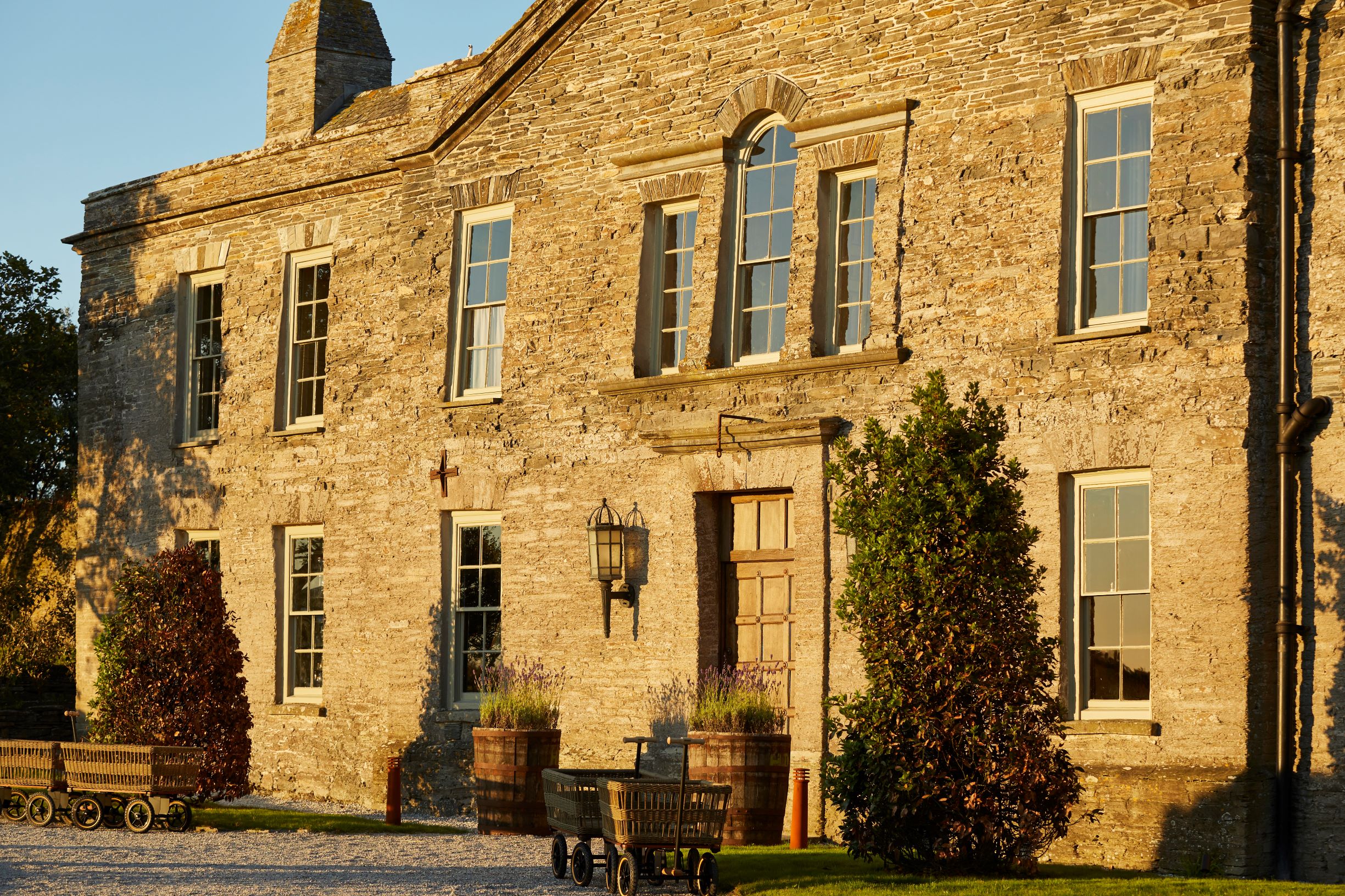 It’s a striking stone-built property that wouldn’t look out of place as a setting for any number of du Maurier novels. And, we’re assured, the building has plenty of colourful secrets and stories to tell. Examples include a caved-in underground passage allegedly used by smugglers, and a window seat latrine in the main dining room, for those who refused to leave the party under any circumstances. These are signs that not all its past inhabitants were cut from the finest cloth. I like these stories, they give the property its character. And now as a hotel, this Grade II Listed mansion enters a new chapter. Its guests will become the story providers for the future.

The Pig at Harlyn Bay sits at the end of a long driveway surrounded by almost five acres of gardens. It’s just a short stroll from the village of Harlyn, the Constantine Bay beaches and the Trevose golf course. As with most of the Pig hotels, there’s plenty to be found within the grounds. There are 15 bedrooms in Stonehouse, a separate building which sits to the left of the main house.

The Stonehouse rooms fall into recognisable Pig categories (Comfy, Snug) plus there is a ‘Snug with Terrace’, a ‘Little Look Out’ and ‘Even Bigger Comfy Luxe’. Also there are four large and extremely comfortable Shepherd’s Huts which are called Garden Wagons due to their proximity to the kitchen garden. 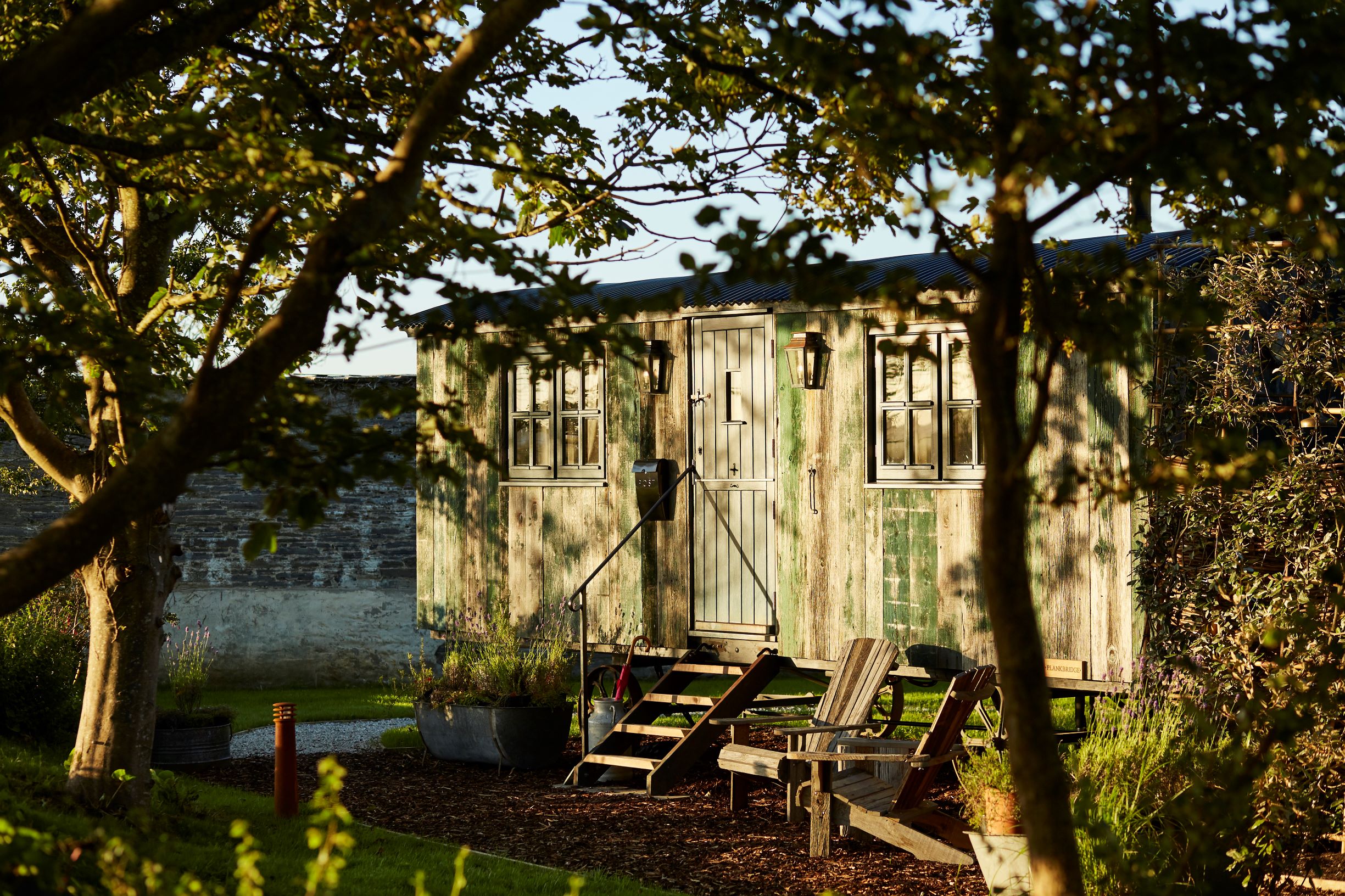 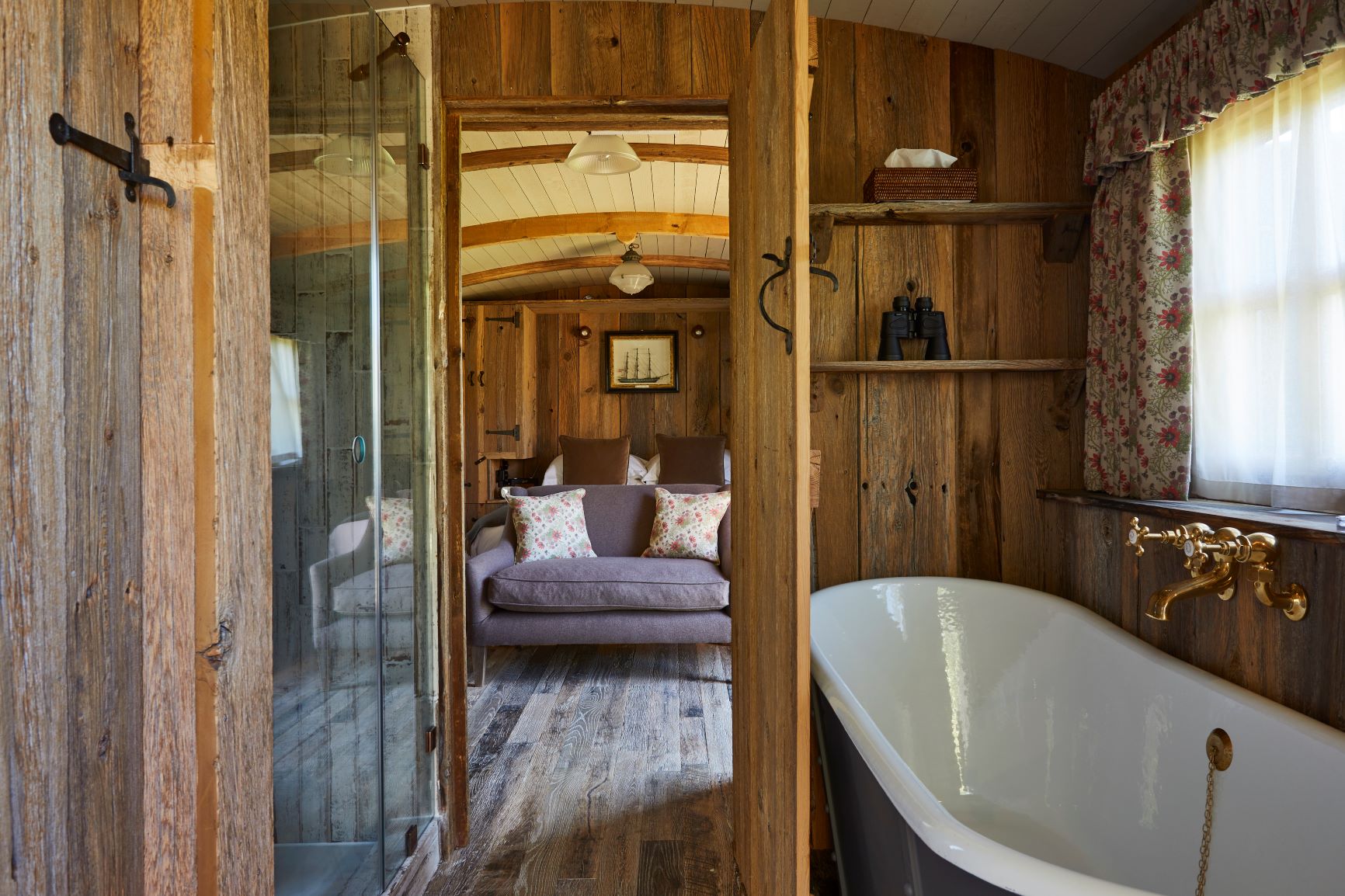 The popularity of glamping holidays has made Shepherd’s Huts desirable accommodations. You’ll find them in the grounds of many country hotels in the UK but rarely as opulent and comfy as these.

As ever, the kitchen garden is the beating heart of The Pig and at Harlyn Bay the original slate walled garden has been extended and fully restored. Everything grown within the vegetable beds dictates the style of the seasonal menu within the hotel and pretty much all other ingredients are sourced from suppliers less than 25 miles away. Cornwall is renowned for its quality of produce and The Pig has cherry picked some of the very best. Expect dishes like Johnny Murt’s Padstow Crab Cocktail, Tim Marshall’s Porthilly Oysters, Kernow Lamb Loin, Polmarkyn Goat Halloumi and home-grown heritage tomatoes, cylindra beetroot, courgettes and tobacco onions, picked and served on the same day. There is also a comprehensive wine list of over 250 wines, of which over 30 are British.

In terms of design, the hotel’s interiors are typically ‘piggy’. Designer Judy Hutson has become the master of relaxed country house chic. Her designs are informal and fun and she has the knack of incorporating details that are particular to that building’s soul and location. In this case a moody, weathered stone building in the wilds of Cornwall.

The front entrance of the main house leads into the Map Room where there are sink-in sofas and chairs and a cosy wood-burning stove. To the left is the bar and through the rear door, next to the main staircase, is the reception area. The door to the right of the Map Room leads to the main restaurant which consists of three walk through rooms all full of Cornish character.

Further into the heart of the ground floor there’s a snug which sits opposite the hotel’s wine store and beyond that a private dining room. Upstairs the 11 bedrooms are all generous in size with many of them providing sea views. They come with either a shower or bath (or both) and some with freestanding baths in the bedrooms. 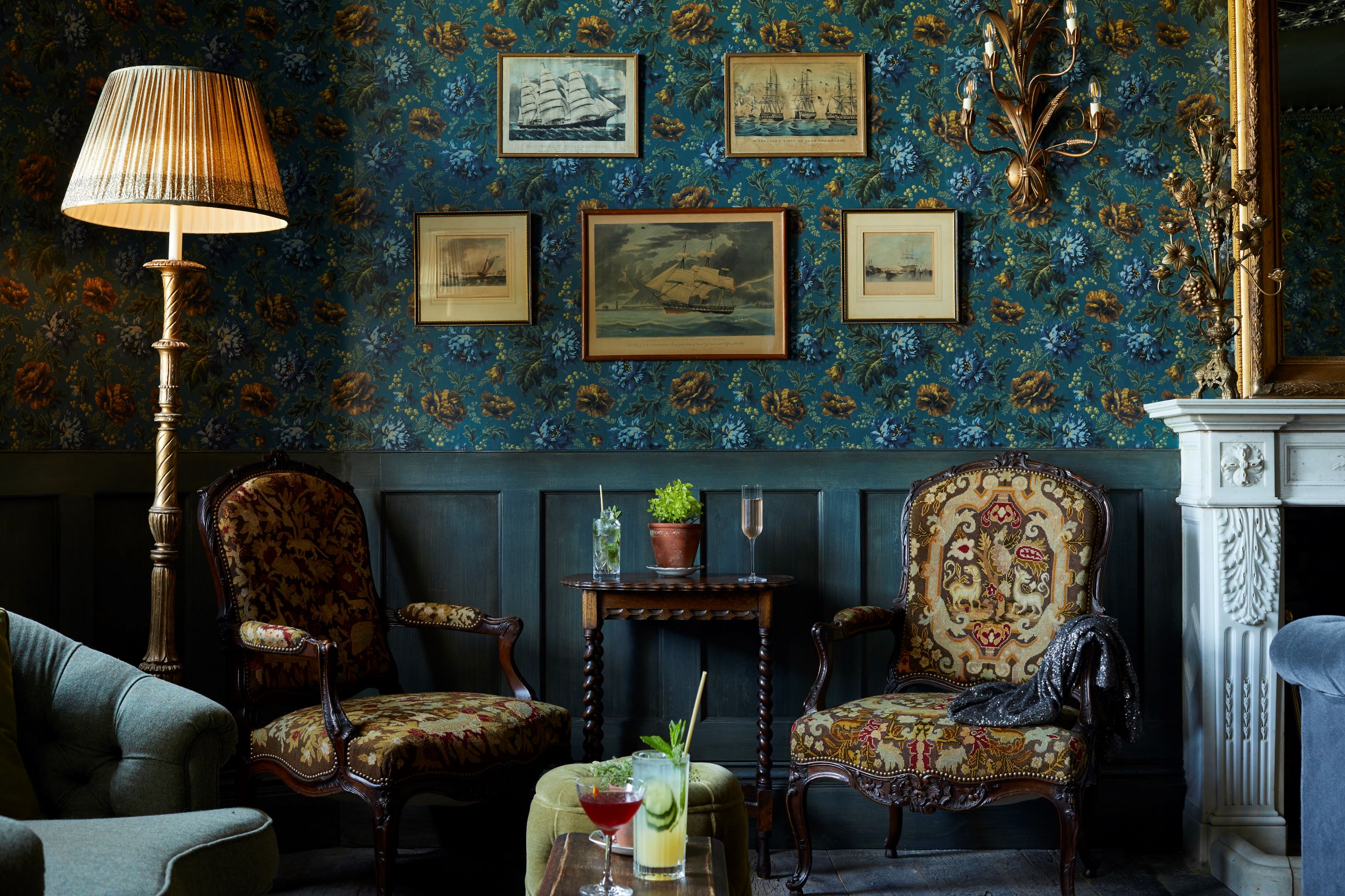 Finally, as a unique addition to this particular Pig, there is a destination outdoor eating experience called The Lobster Shed. This grill and wood oven kitchen is housed in an open sided shed made from reclaimed materials. The Lobster Shed (pictured below) has a surfer’s beach bar feel about it, an altogether different proposition from that of the main house. It’s a kick off your flip flops, grab a cold beer, park your surfboard and enjoy upbeat sounds type of place. Of course there is a marked contrast between these two operations and the Lobster Shed has been wisely built just out of sight of the hotel, allowing both to function separately from each other.

If you’re planning a trip to Cornwall this year you’ll find that most of the popular eateries are already fully booked but if you’re not too fussy about what time you eat you might just be lucky enough to get a table at The Pig. Best advice is don’t be fussy. Take whatever is available. And if by chance they give you a choice of days, book both and go twice. You won’t regret it.