One should never assume or make prejudgments.

And just because a new Warner Bros. Themed Entertainment (DC Comics) licenced mega-restaurant is opening off Piccadilly, a stone’s throw from Rainforest Café, Planet Hollywood et al, one should not assume that it will be a heavily themed tourists’ emporium selling burgers, chips and Batman souvenirs.

Although one could be forgiven for doing so.

Park Row restaurant, which opened in August on the site that was once Marco Pierre White’s Titanic, is the brainchild of Wonderland Restaurants and seeks to give the concept of ‘theme’ a more adult touch.

There are plenty of subtle references to the Batman universe in the design; most of the villainous characters (Joker, Harley Quinn, Penguin, Poison Ivy) are present in one form or other but sometimes you really do need to look for them.

The building is Grade II listed so much of the interior’s Art Deco features have been retained and this works to the designers’ advantage.

Gotham City is quite timeless in the films, but one imagines it as an alternative, and darker, version of Manhattan Island in New York with its extremes of wealth and poverty.

The interiors in this take on a Gotham City restaurant represent the opulence of ill-gotten gains.

A place of entertainment where the city’s rich and famous would have rubbed shoulders with gangland bosses in the post-prohibition era. 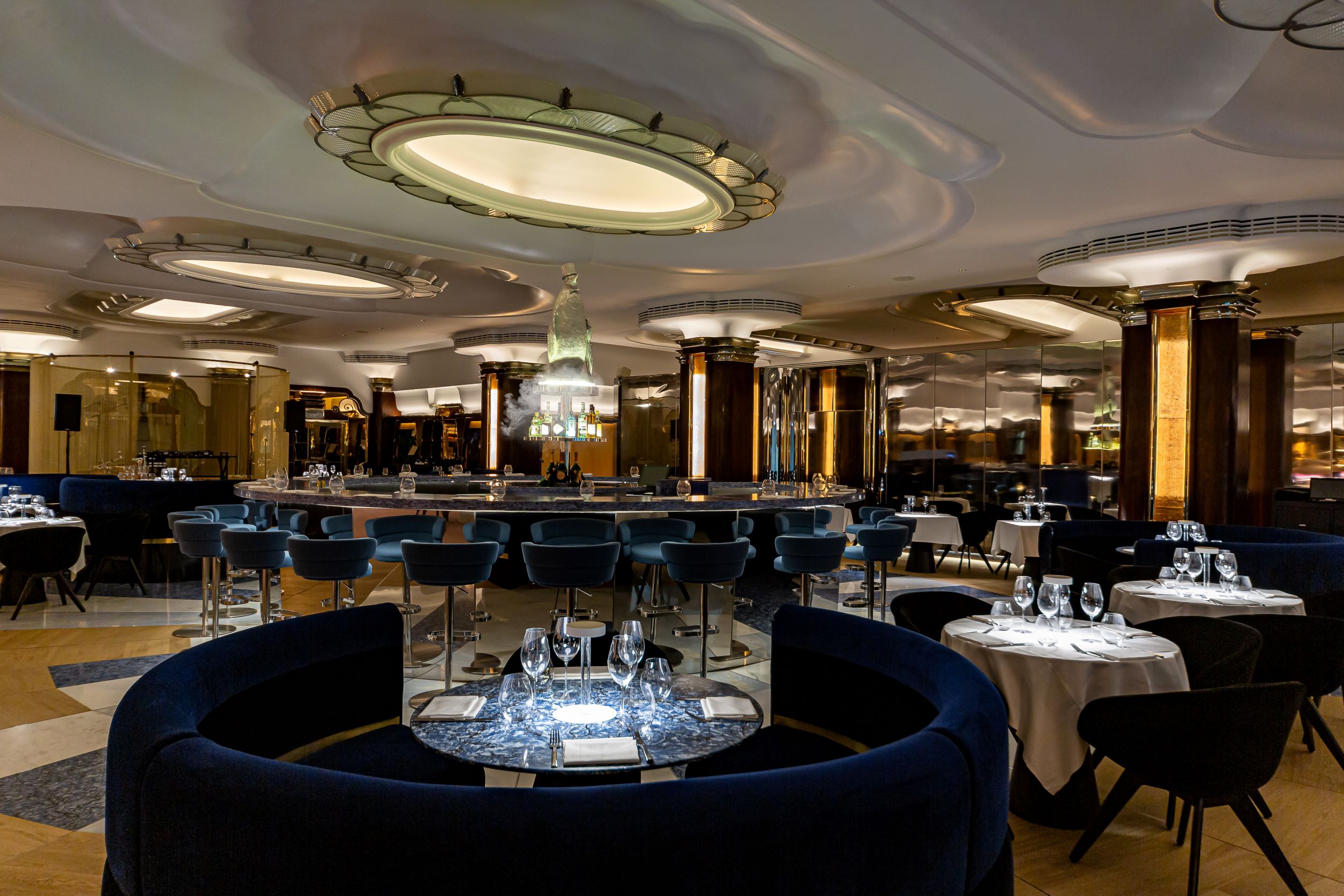 The entrance to the building is pure theatre.

A Wayne Manor library room set (pictured above) has been created, complete with a portrait of the Wayne family: mum, dad and a young Bruce.

The vast basement space has been divided into different dining and drinking spaces, each named after characters from the comic books. Pennyworths Bar uses the surname of Bruce Wayne’s butler, Alfred, and serves a variety of creative cocktails including At Your Service.

The Iceberg Lounge incorporates the main restaurant space where there is also a small stage for live entertainment.

This space is reportedly owned and run by a certain Oswald Cobblepot, aka The Penguin, whereas the Rogues Gallery is operated by art connoisseur Selina Kyle (Catwoman).

The artworks around the Gallery are stolen classics and each has been tampered with by the key members of Gotham’s underworld.

Two separate spaces, a lounge and a bar, were yet to open at the time of writing although one, with a botanical theme, is reported to belong to Poison Ivy.

Probably the biggest investment in Park Row is the Monarch Theatre, an enclosed 20-seat venue serving an eleven-course tasting menu with drinks for £195 per person.

This is an immersive cinematic experience.

The walls are floor to ceiling screens and each course is accompanied by its own video show to completely envelope diners.

This is the first of its kind in Europe. It’s loud, it’s fun, it’s theatrical, and the menu, created by Executive Chef Karl O’Dell (formerly of Michelin-starred Texture), is all high-end.

Think USDA Black Angus tenderloin, caviar, oysters and truffles (images below include the ‘magic’ mushroom and the scallop & caviar and a Monarch choc pudding).

The Monarch Theatre experience is designed to trigger specific emotions through the environment of the room and the food on the table which tie into the theatrical narrative of the evening.

In DC lore the Monarch Theatre, located in Park Row, was once the epicentre of entertainment for Gotham citizens.

What has so far been achieved at Park Row is impressive.

It is a risk to open anything at present, let alone something so obviously expensive to build, and to run – they have recruited some of London’s most experienced restaurant staff, for front and back of house.

On the plus side it is visually exciting with a compelling back story.

The publicity surrounding it has been enough to draw in large crowds for the moment despite a lack of tourist trade.

The potential downside is that it’s a new hybrid concept, combining high end (and expensive) food and service within a comic book themed space, albeit a well-executed one, and that may be challenging for customers who are looking for one thing or the other.