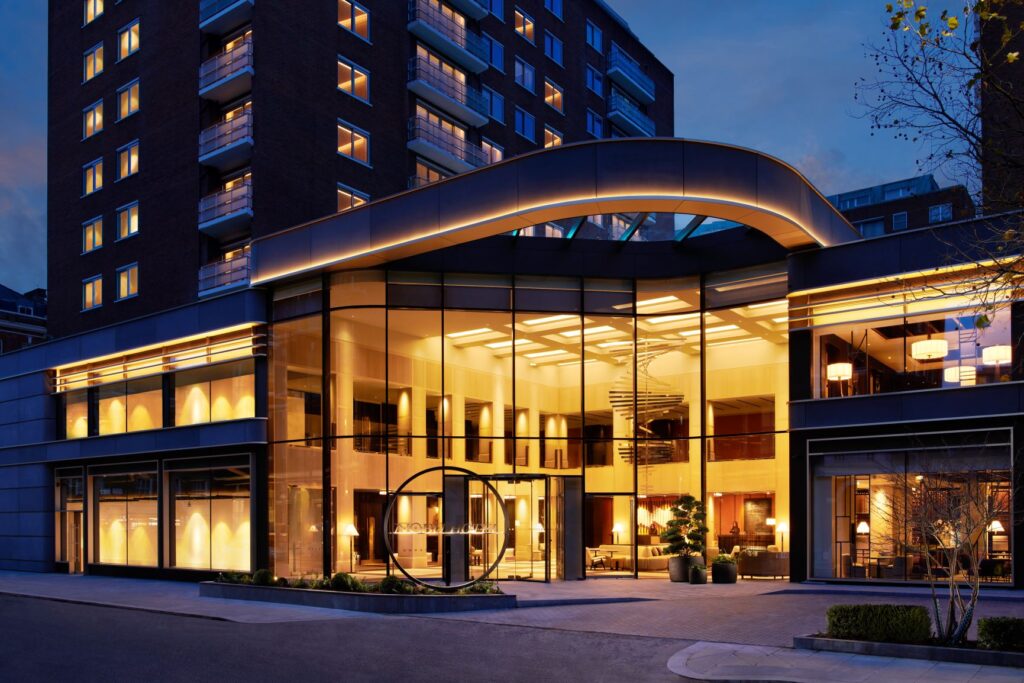 Located on a prominent corner of Marylebone’s Portman Square, the hotel features a signature Nobu Restaurant and Nobu Bar with a year-round terrace, plus a fitness centre and wellness facilities. 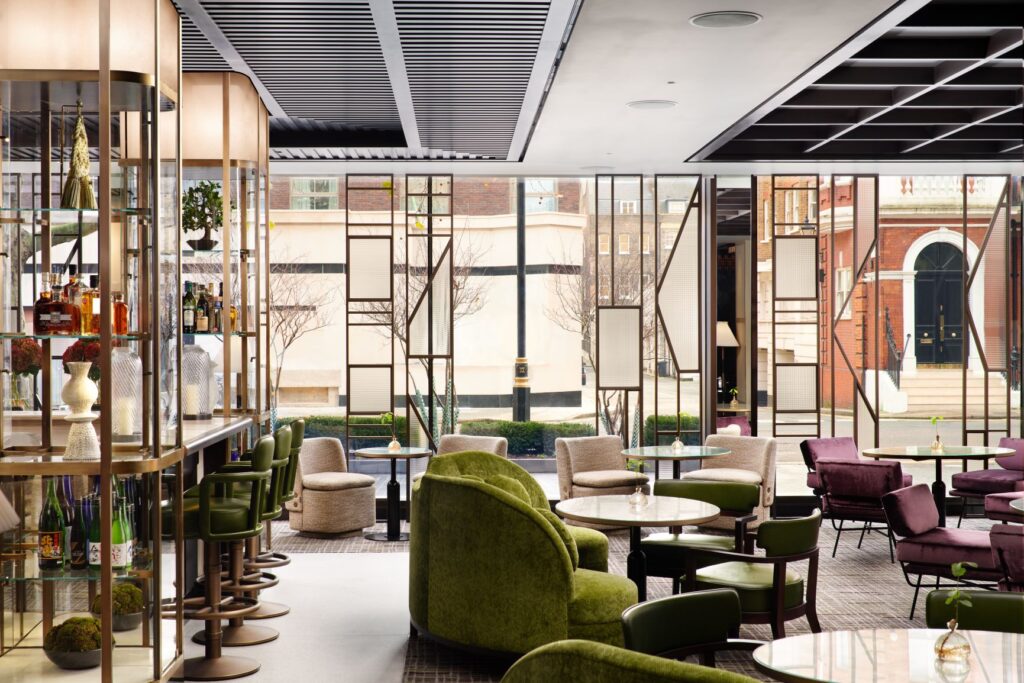 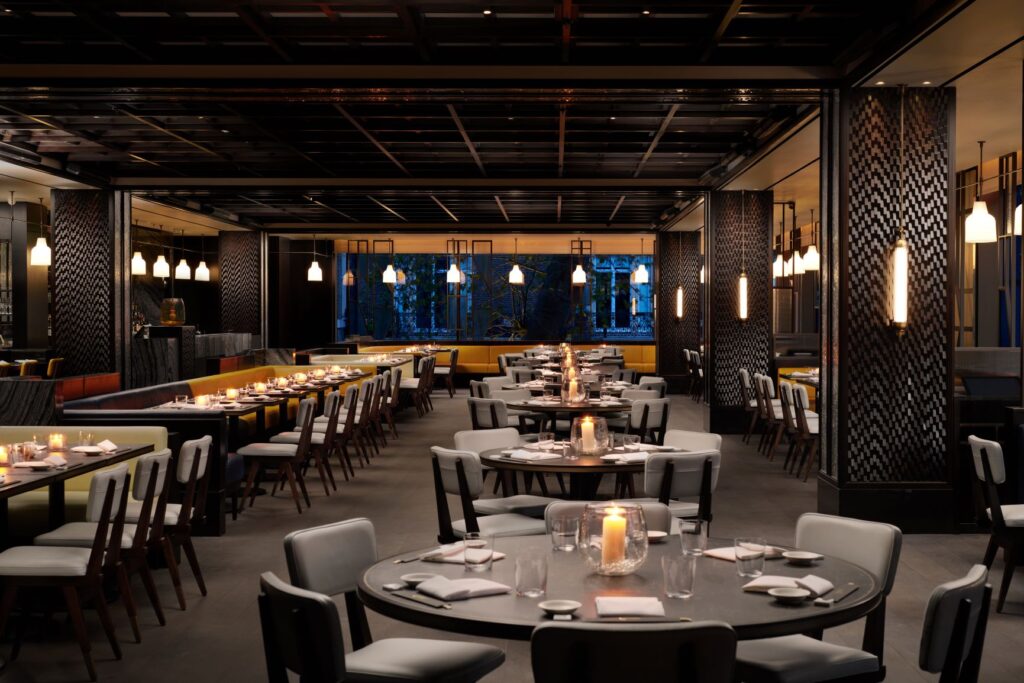 Award-winning David Collins Studio is responsible for the hotel’s public spaces, including; the lobby, The Lounge, Nobu Bar and Restaurant, outdoor terrace, ballroom and boardrooms.

Central to the unique aesthetic of Nobu Hotel London Portman Square is a focus on exceptional craftsmanship, from hand-blown glass chandeliers and bespoke lighting pieces to large scale sculpture and original artworks. 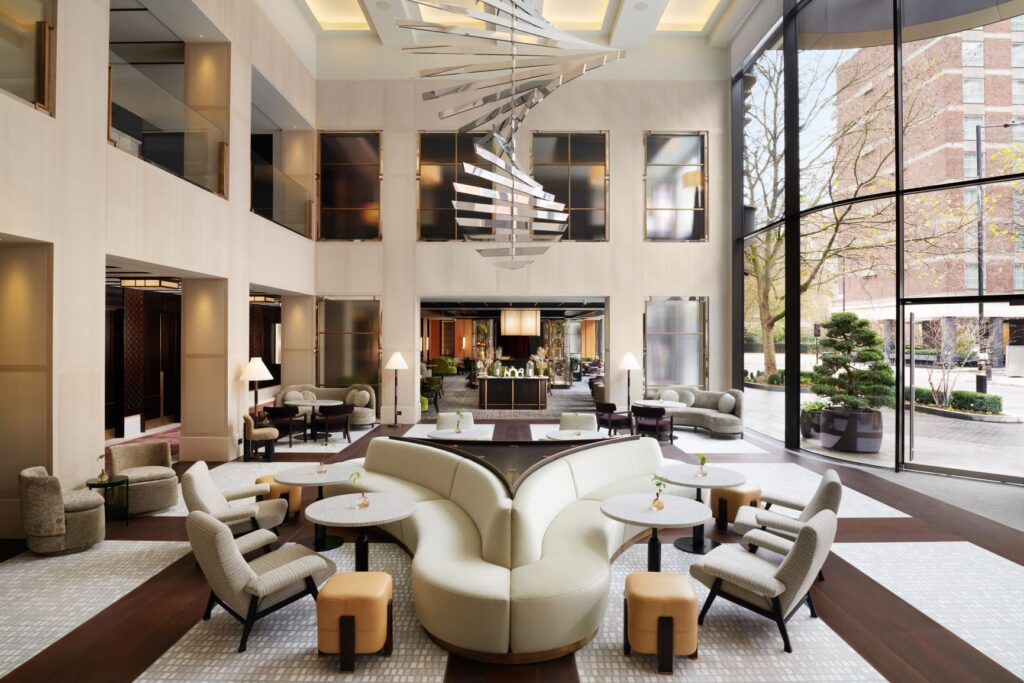 Upon entering the lobby, guests will immediately be struck by a dramatic high ceiling, from which hangs a kinetic sculpture created by award-winning British sculptor, Ivan Black.

The five metre installation features rotating metal fins that cast a subtle effect of light and shade into the room, evoking an initial sense of theatre. 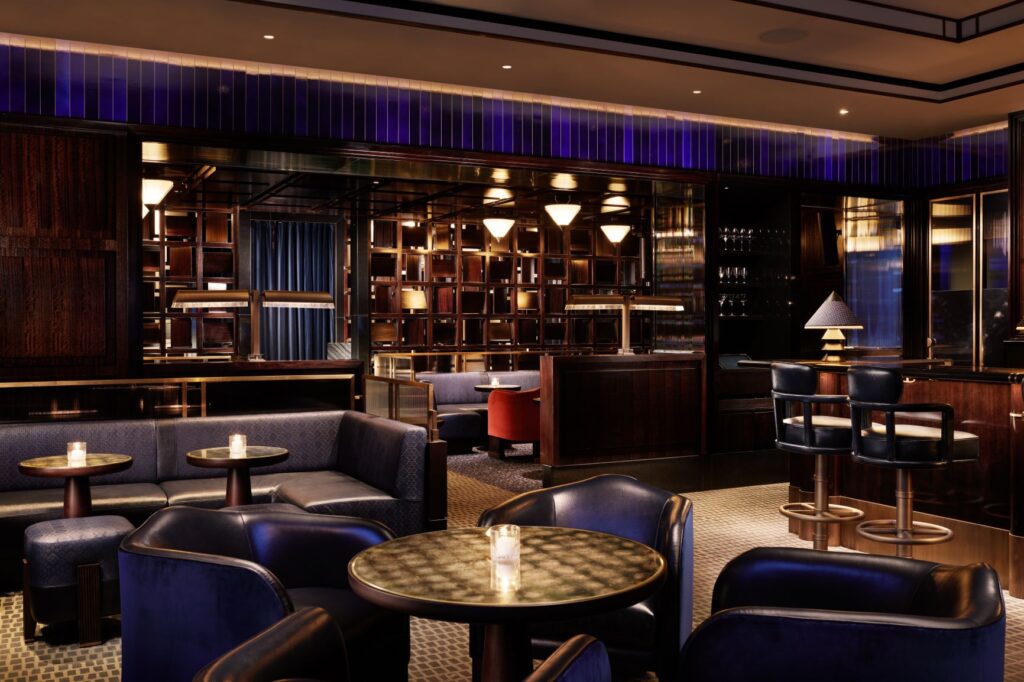 Rooms and suites by Make Architects echo a distinct character and allure seen in the rest of the hotel, primarily influenced by Japanese minimalist aesthetic and complemented by moments of bold artistic expression.

Striking wall prints, bespoke lighting and intricate joinery take centre stage in each room, set against the backdrop of a subtle, textural palette.

An abundance of natural light and materials create a sense of place that is calm, bright and warm. Guests can book from a range of elegantly appointed rooms and suites across seven distinct categories – some boasting terraces with views overlooking Portman Square. 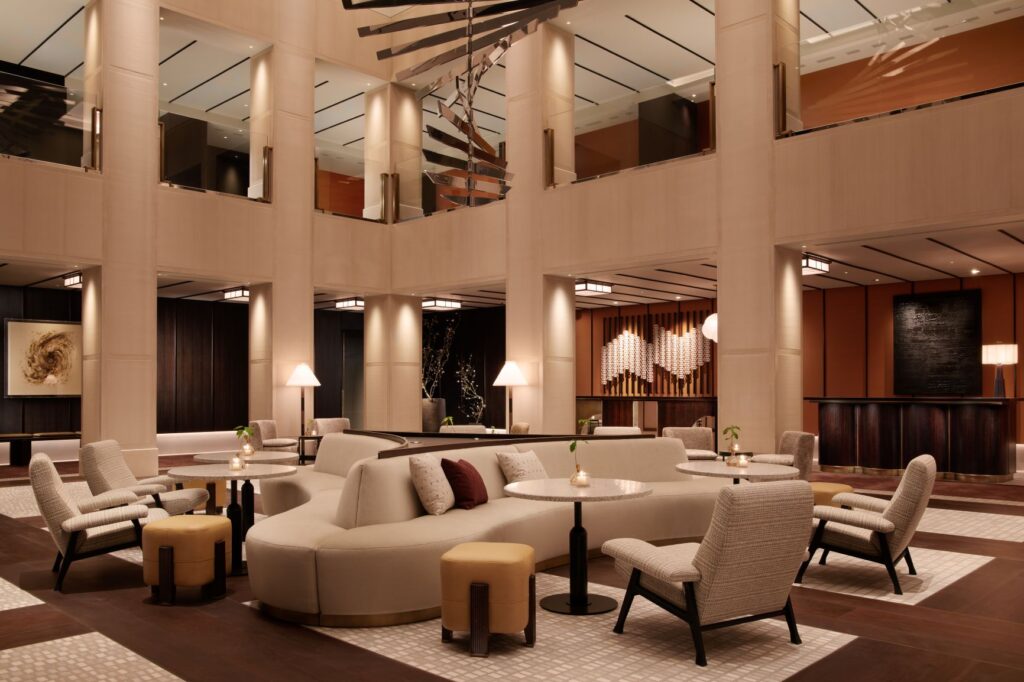 Those seeking something more indulgent can choose from the [One Bedroom Suite] and The Nobu Penthouse.

The hotel is owned and was developed by L+R Hotels; a group renowned for its portfolio of some of the world’s most respected and prestigious hotels and resorts, including Cliveden House, Chewton Glen, Hilton Park Lane and Fairmont Monte Carlo.