Super Lyan is a new independent bar located within the Kimpton De Witt hotel in Amsterdam.

It is billed as an ‘all-day neighbourhood cocktail bar’ with an adaptable bar space and garden which can be configured to suit a variety of uses.

The Lyan brand originated in London with the first bar, White Lyan, opening in Hoxton in 2013.

It is known internationally as a leader of innovation within the cocktail bar world. 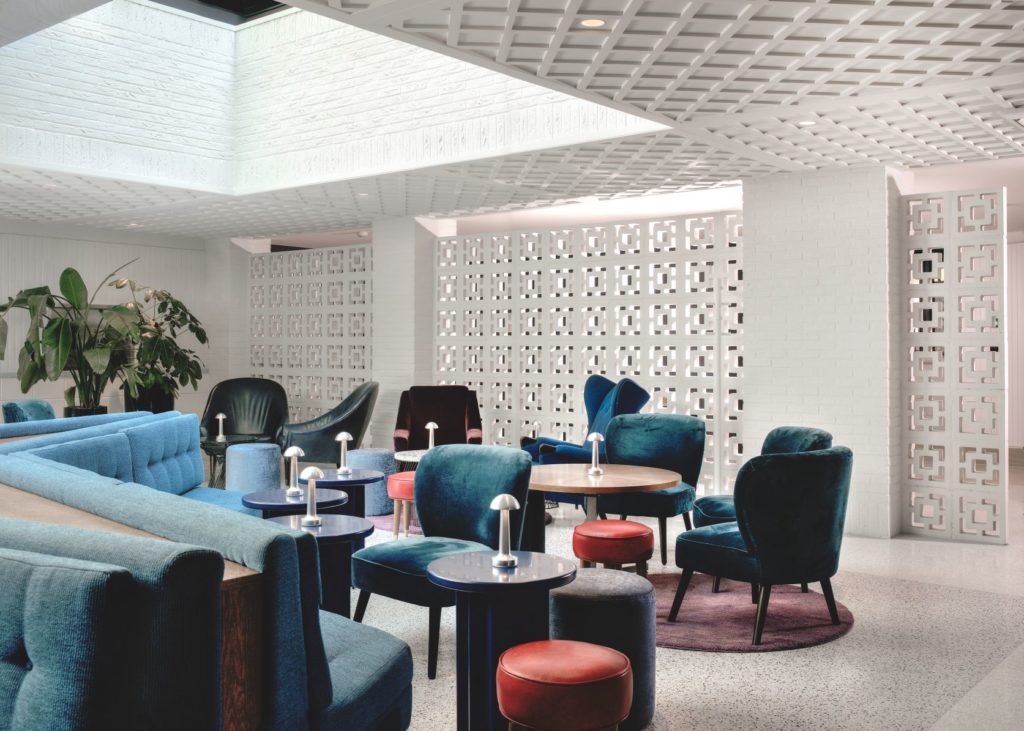 World-renowned designer Jacu Strauss (Tom Dixon, Sea Containers, Pulitzer Amsterdam) and his team at Lore Studio have been responsible for the design that contains distinct shapes and playful, candy-coloured elements that nod to the optimistic fifties.

The starting point for the brief was developed from Mr. Lyan (Ryan Chetiyawardana) and his team’s concept for the bar.

The concept was all about colourful and playful experimentation which led the designers toward looking for inspiration from the 50’s, where there was a fresh wave of design experimentation with a spirit of optimism and colour. 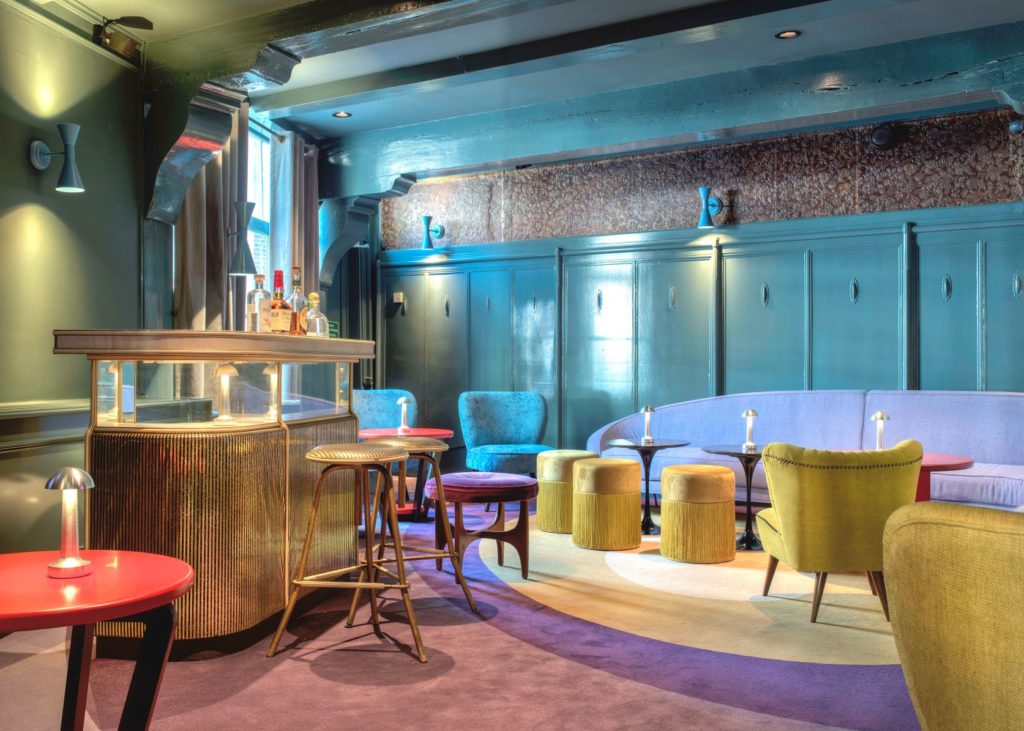 The existing bar itself had a large main bar area and a small, more isolated part.

Due to the constraints of the historic layout and architecture, they felt the small part could be utilized more to become its own intimate and fun space. 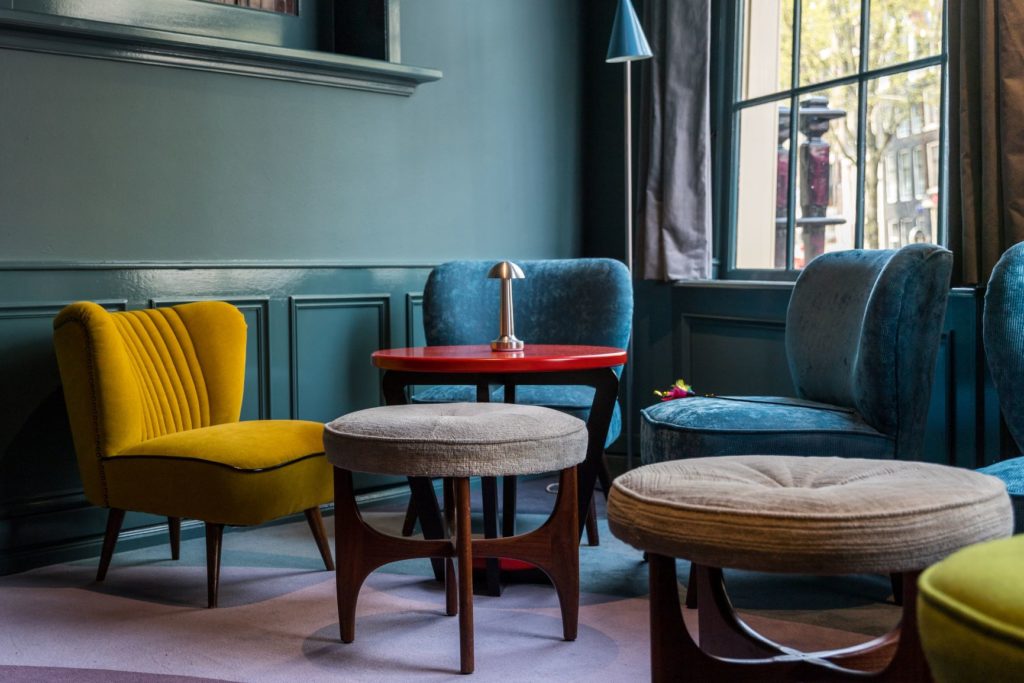 The original bar space did not operate in the terrace area.

Lore Studio felt strongly that this terrace courtyard or garden should be part of the bar.

The interior spaces are listed so Lore had to work around the 19th century historic wall panels and wall coverings. 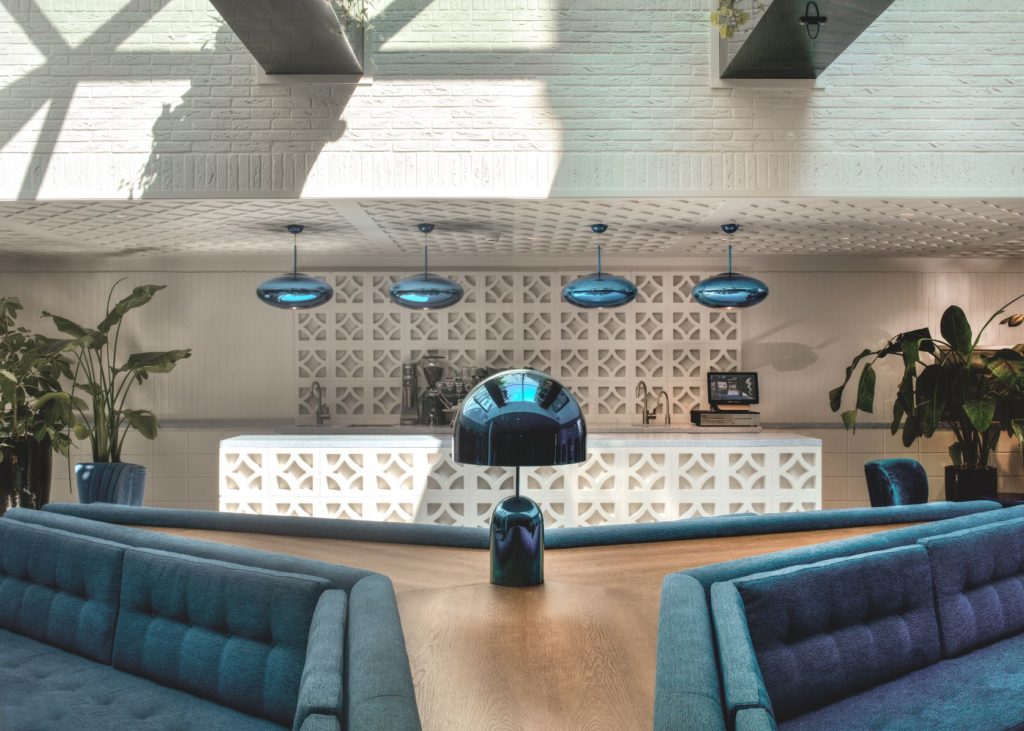 Other more recent parts are also historic, but from the 1920’s, and needed to be protected too.

Lore Studio decided that because so many layers have been added over the centuries, they could add a contrasting interior layer to stand out next to its historic backdrop.

The art and architecture of the 1950’s gave a lot to work with: boldness, playfulness and colourfulness.

Man-made materials like patterned concrete bricks and terrazzo resonated well with the terrace design channelling a bit of the Golden Age of Palm Springs from the middle of last century.

The main bar was inspired by an ice-cream desert with what looks like chocolate sprinkles in the countertop and cherry red button bar stools.

The rest of the colour scheme was inspired by a photographer series by Kelsey McClellan and Michelle Maguire where they cleverly matched block colours with food.

The Lounge section is reminiscent of a mid-century lounge with a mix of psychedelic colours, retro furniture and a vintage home bar. 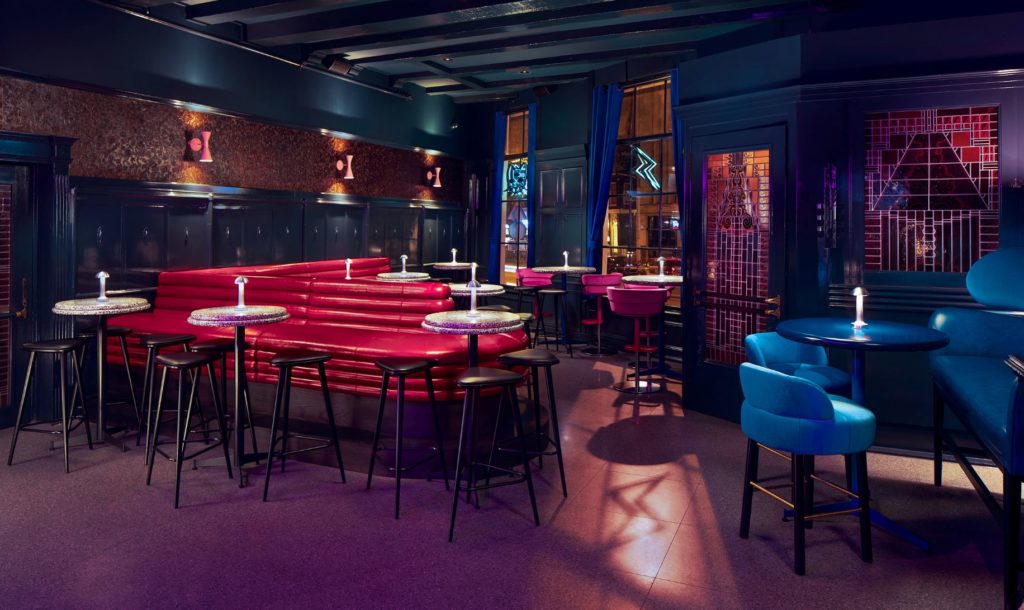 Although they found inspiration from the 1950’s, Lore Studio interpreted this in an abstract, not literal, way.

Who is Mr Lyan?

Ryan Chetiyawardana is at the forefront of innovation within the drinks industry and has been involved in several of the world’s best bars for over a decade.

He has won numerous awards, including being named ‘International Bartender of the Year’ at the highly-acclaimed Tales of the Cocktail in 2015.

Ryan launched his first bar, White Lyan in Hoxton, in 2013.

The first bar in the world to use no ice or perishables it kickstarted conversations around sustainability in the industry and was included in the World’s 50 Best Bars list in 2014 and 2015.

It closed in April 2017 for two new venues – Super Lyan and Cub – to launch in its place.

Ryan’s second bar Dandelyan launched in 2014 at the prestigious Sea Containers building in London in 2014.

Having won multiple awards, the highlight was being named World’s Best Bar at the World’s 50 Best Bar Awards 2018.

It evolved in March 2018 to make way for a new concept – Lyaness – at the same site. 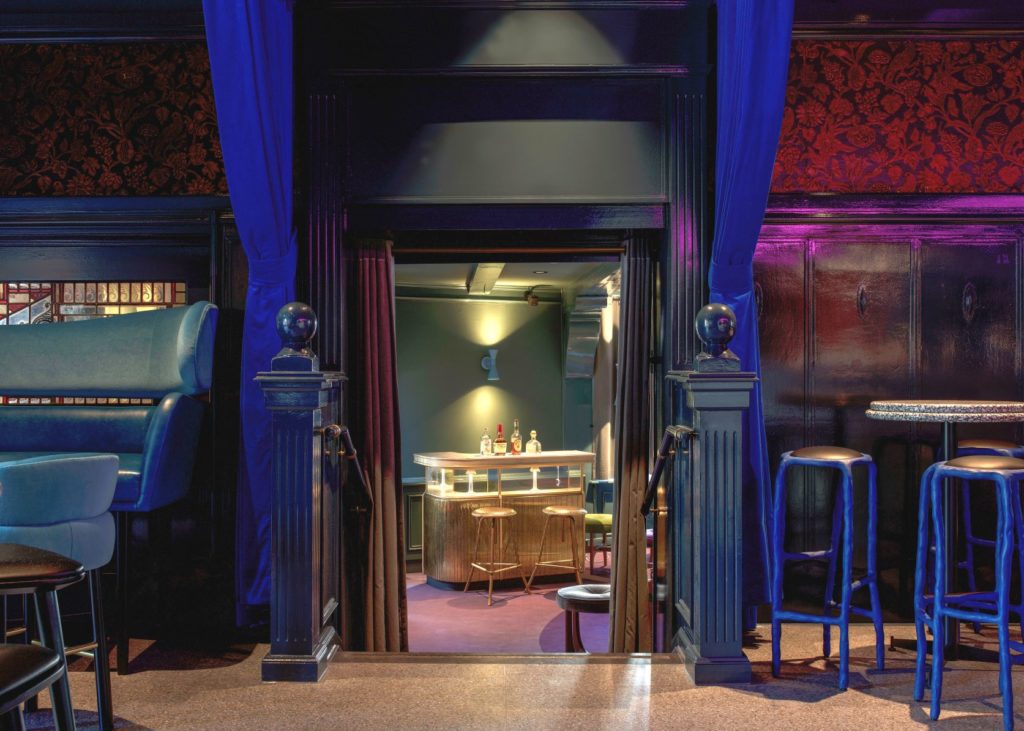