Pierre-Yves Rochon (PYR) was founded in Paris in 1979 to create interior design solutions for luxury hospitality and residential environments.

They have a skill in creating spaces that look and feel perfect – the kind of interiors that other designers wish they could have created – and as a result their projects often appear on the covers of design and travel magazines.

GS Magazine has featured several of their designed interiors over the years, two of which made the front cover; The Savoy and The Four Seasons Park Lane.

Les Chalets is located just above the charming French Alpine village of Megève.

Both Four Seasons hotels, and indeed Megève itself, are the legacy of the Edmond de Rothschild family.

Appropriately, the meticulous restoration and refurbishment of Les Chalets du Mont d’Arbois was personally overseen by Ariane de Rothschild, Chairwoman of the Board of the Edmond de Rothschild Group, in collaboration with Four Seasons Hotels and Resorts and PYR. 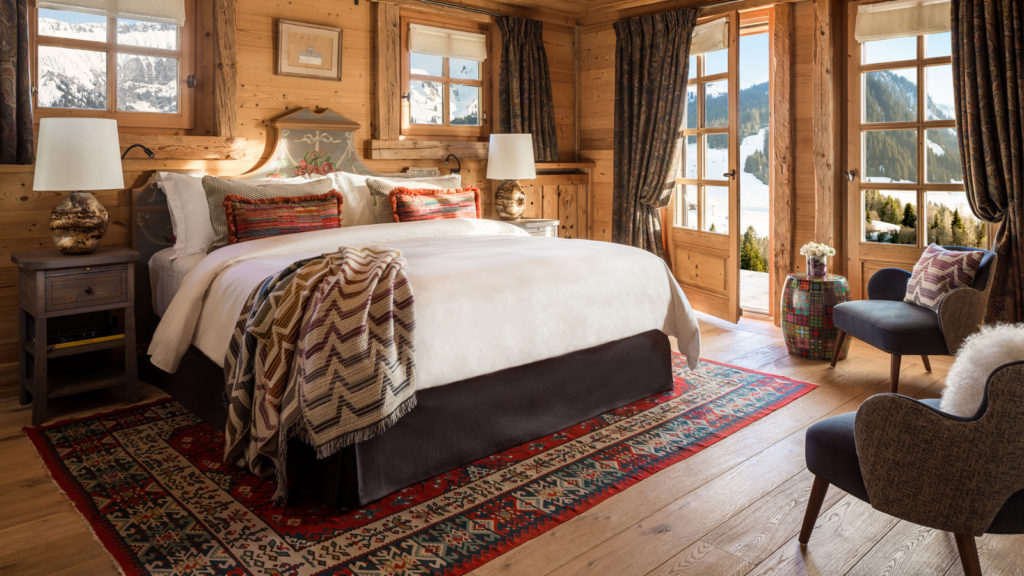 Les Chalets du Mont d’Arbois is a collection of three unique buildings, offering guests a choice of accommodation that suits their personal style, whether in the classic luxury and refined atmosphere of Chalet Noémie, the bohemian chic of Chalet Alice, or the more traditional Chalet Eve.

Both Chalet Alice and Chalet Noémie are available for exclusive hire and next season, Les Chalets du Mont d’Arbois will unveil the Suite Idéal, a very special accommodation high up in the mountain wilderness, fully serviced by Four Seasons. 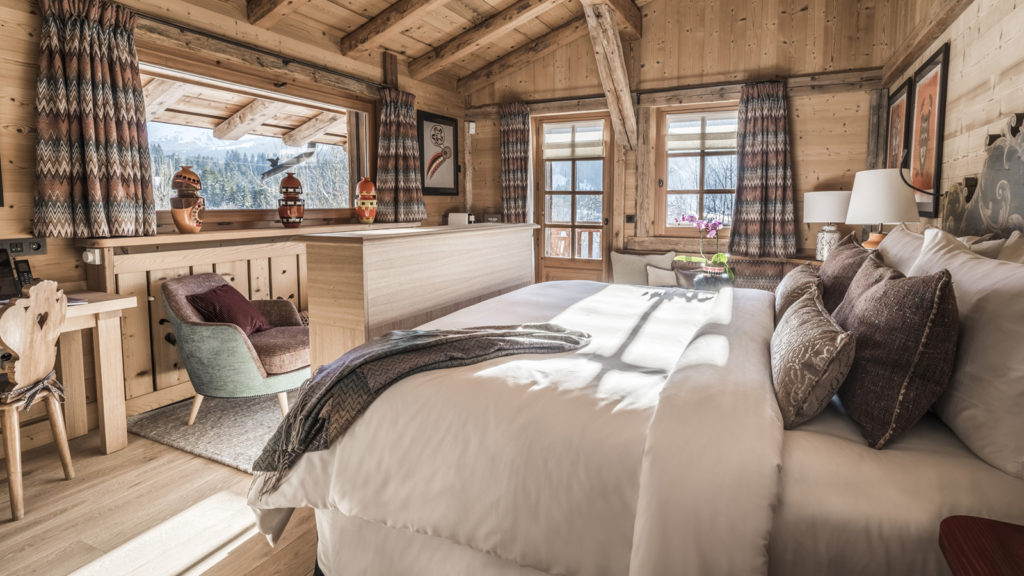 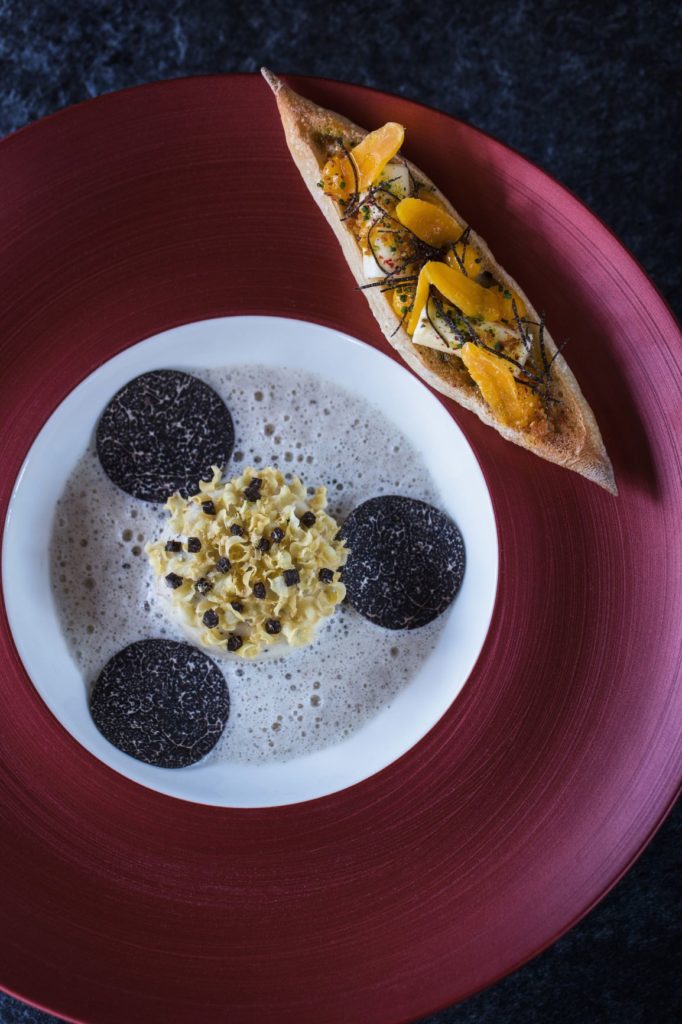 Additional on-site facilities include a welcoming lobby lounge and bar; a spa with treatment rooms, hammam, sauna and indoor/outdoor relaxation areas; a heated indoor-outdoor swimming pool; and in winter, a skating rink adjacent to Chalet Eve.

Guests of both properties enjoy seamless access to all facilities, including preferred seating at restaurants, signing privileges, and transfers. 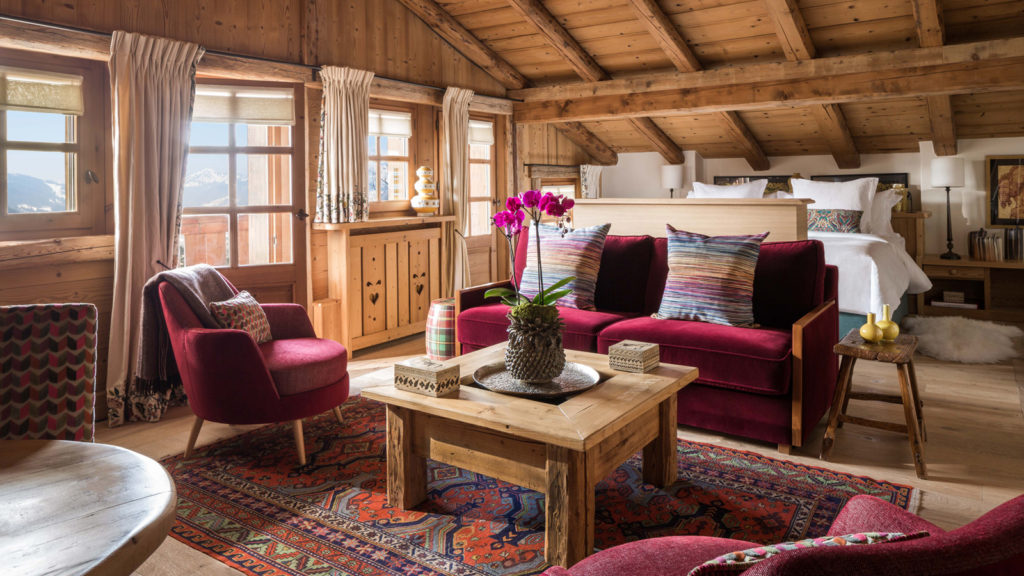 The hotel is a short walk to the pedestrians-only village centre of Megève, which is home to international luxury boutiques, interesting art galleries, and a wide variety of restaurants and bars including several Michelin-starred establishments, as well as picturesque Alpine architecture, small churches and cobblestoned streets.

It is the philosophy of PYR to create ‘refined, comfortable atmospheres’ in all of their projects, to ‘celebrate elegance and warmth’ and this is exactly what they have achieved at Les Chalets du Mont d’Arbois, making them amongst the very best ski lodges in Europe. 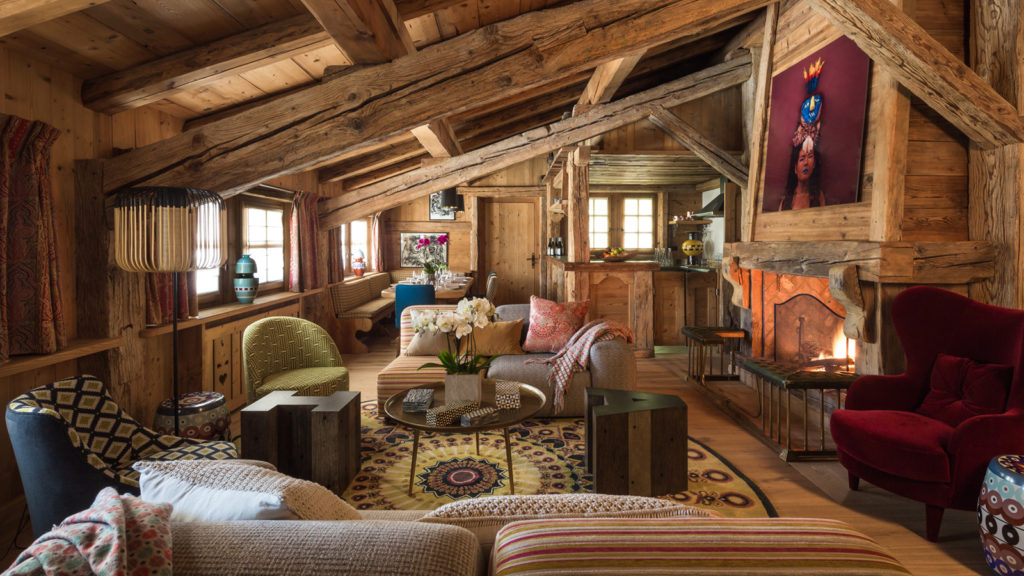