In the heart of Rome there is a prestigious building overlooking Via delle Muratte, along the fascinating path connecting the Pantheon with the Parliament and the Trevi Fountain, which boasts the record as the busiest pedestrian area in Europe.

Formerly called ‘The street of artists’, it’s where the painters’ ateliers, antique dealers’ shops and workshops for local craftsmen nestled together.

The building is an elegant 19th century ‘palazzo’ style property once owned by the Italian composer Gaetano Donizetti, that has now been refurbished and redesigned to house a 30 room hotel called Hotel Maalot. 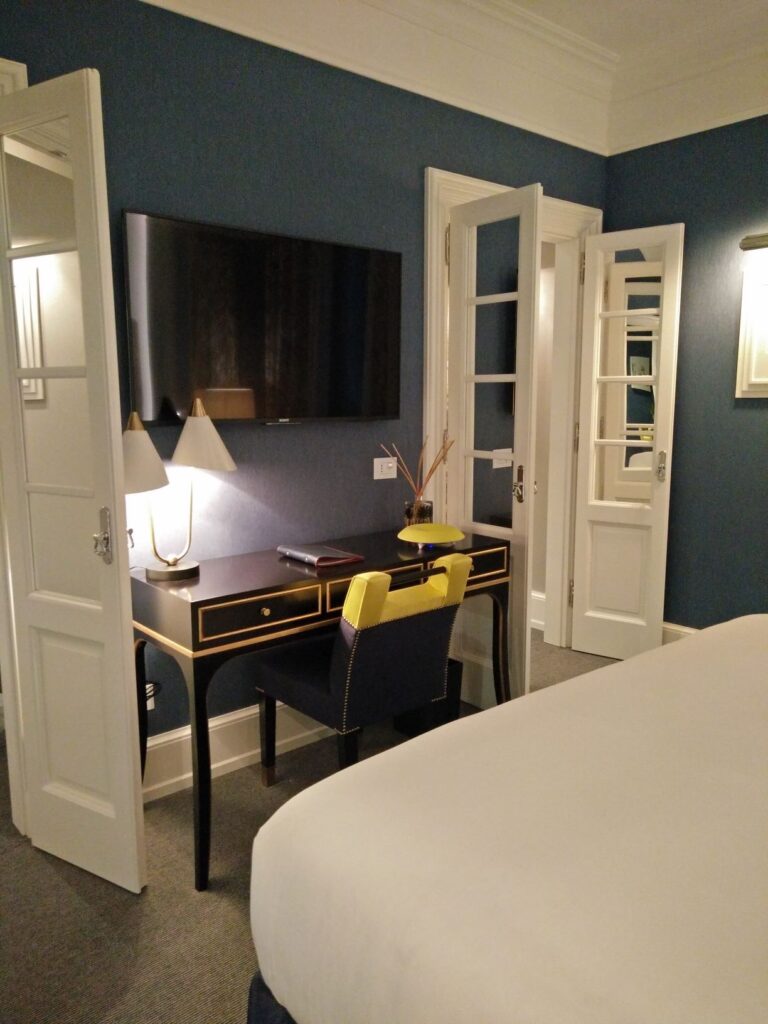 According to RPM Proget, the Roman design studio behind the project, The Maalot hotel features a truly ‘British’ style and recalls the atmosphere of English residences with fabric wallcoverings, carpet flooring, plush upholstered furnishings, lounge lamps and different colourways in each of the hotel’s bedrooms.

This personality is completed with details such as the choice of physical keys instead of magnetic cards to create the feeling of a manor, rather than a hotel.

Precisely for this reason, comfort is at the core of the project, from the rooms to the common areas, from the soft textiles to the soothing, harmoniously mixed colours. 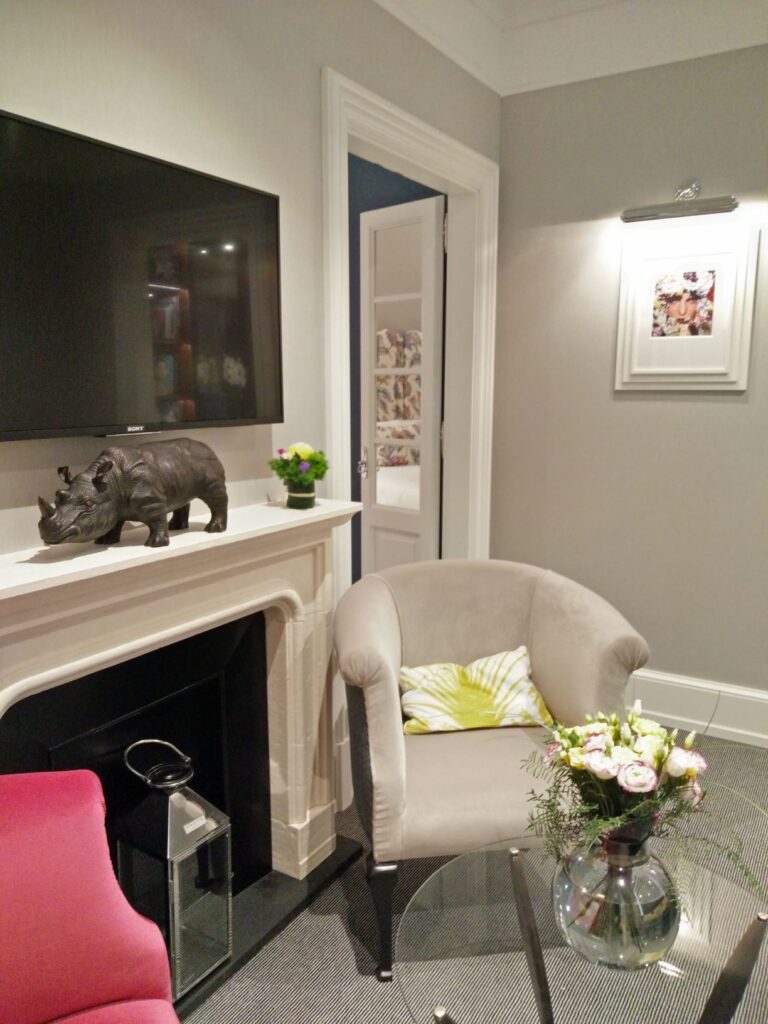 The restaurant pays homage to the outer ‘street of artists’ and is designed as a rather elegant art gallery.

The glass ceiling provides natural daylight and lush green plants cascade into the inner space like a hidden courtyard.

This space expresses the ‘green’ vision that never fails in RPM Proget’s works and that has found here the right conditions to create a unique and evocative environment and a fully immersive experience that blends historical charm and elegance – a secret garden in the heart of Rome. 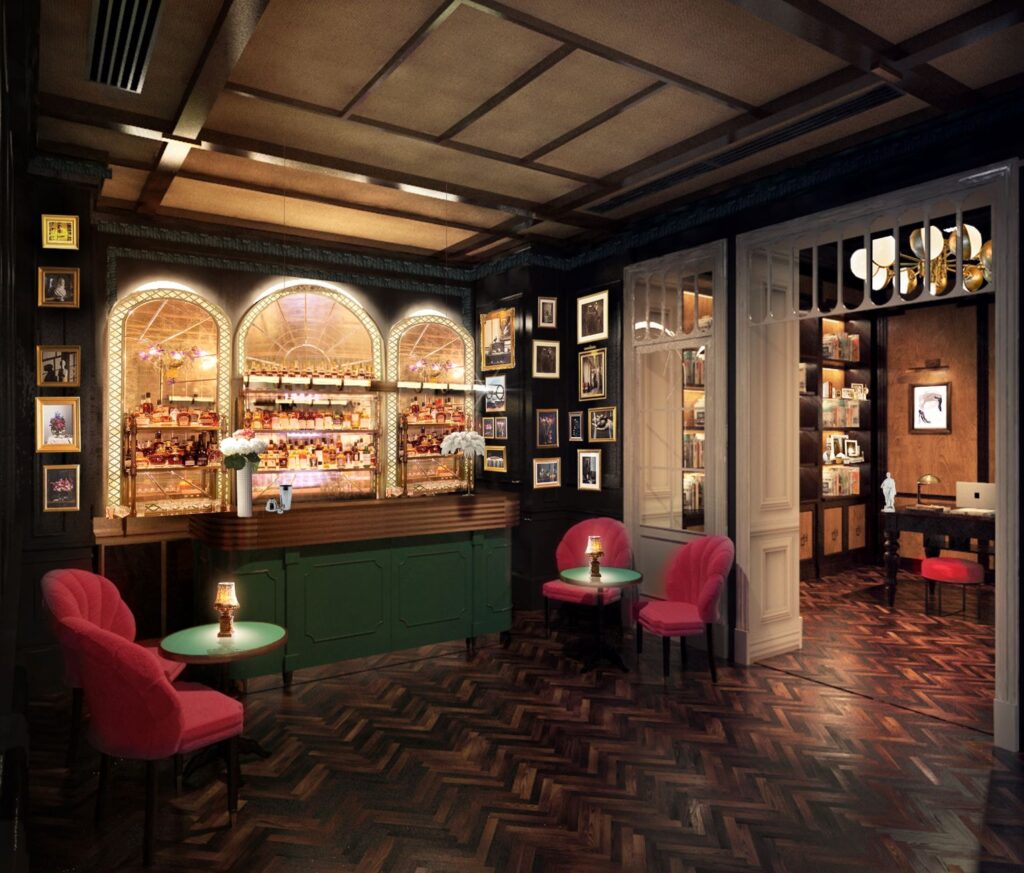 Like so many old Italian properties the building suffered acoustically and in many parts noise would bounce around the walls like an echo chamber.

This issue has been ably addressed with the intervention of acoustic panels on the floors and walls.

Further, the idea of dressing the rooms in fabric has resulted in maximum soundproofing: a rare commodity in central Rome.

The rooms are classified according to useable space. 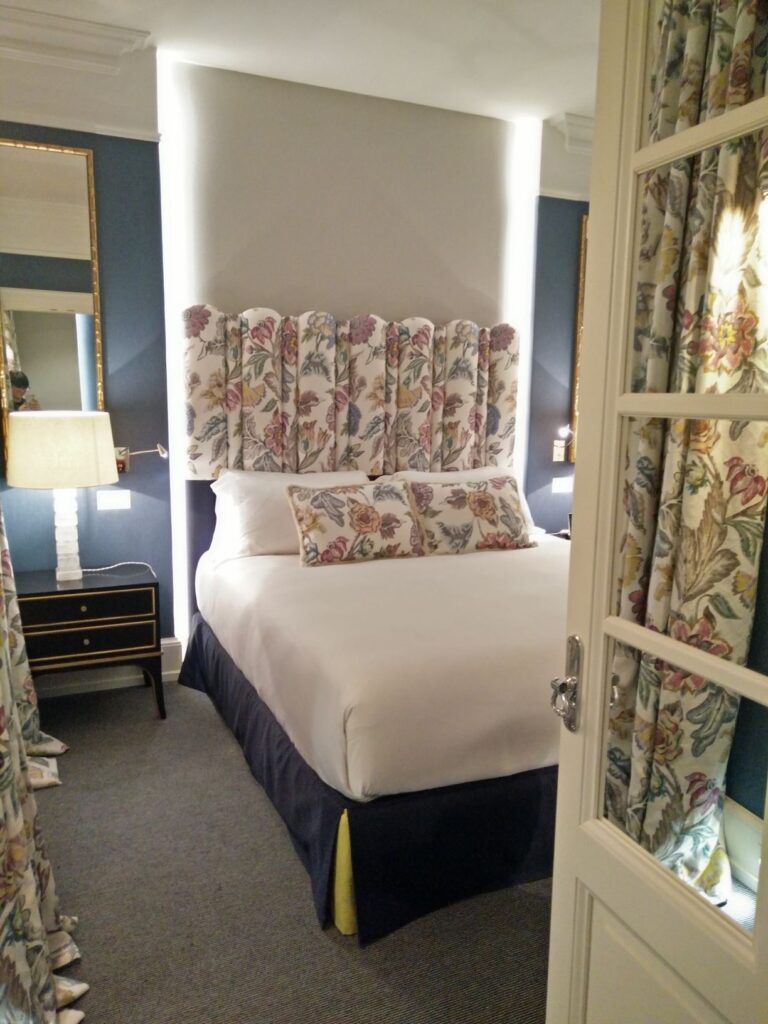 The smaller ‘classic’ rooms offer 16 square meters whereas the larger rooms and suites are between 25 and 27 square meters.

Some rooms are designed like mini-apartments with a lounge and a library, or with spectacular stone fireplaces.

A common feature in all rooms is a walk-in closet made to measure in Daniela walnut wood. These closets incorporate hanger space, shoe racks and drawers, mini fridges and built in safes.

RPM Proget have delivered a homely theme to the hotel, the concept inspired by a line in the Marvin Gaye song, ‘Wherever I lay my hat, that’s my home’.

The idea is that guests simply throw their hats down and make themselves at home.

Stories like this provide a strong narrative for designers and whilst the ‘homely’ theme is nothing new, the idea of connecting the words of a pop song to an interior design is a good one.

The hat has become the main actor in the hotel’s story and guests will enjoy its appearance in wall art, fabric design and general decoration. 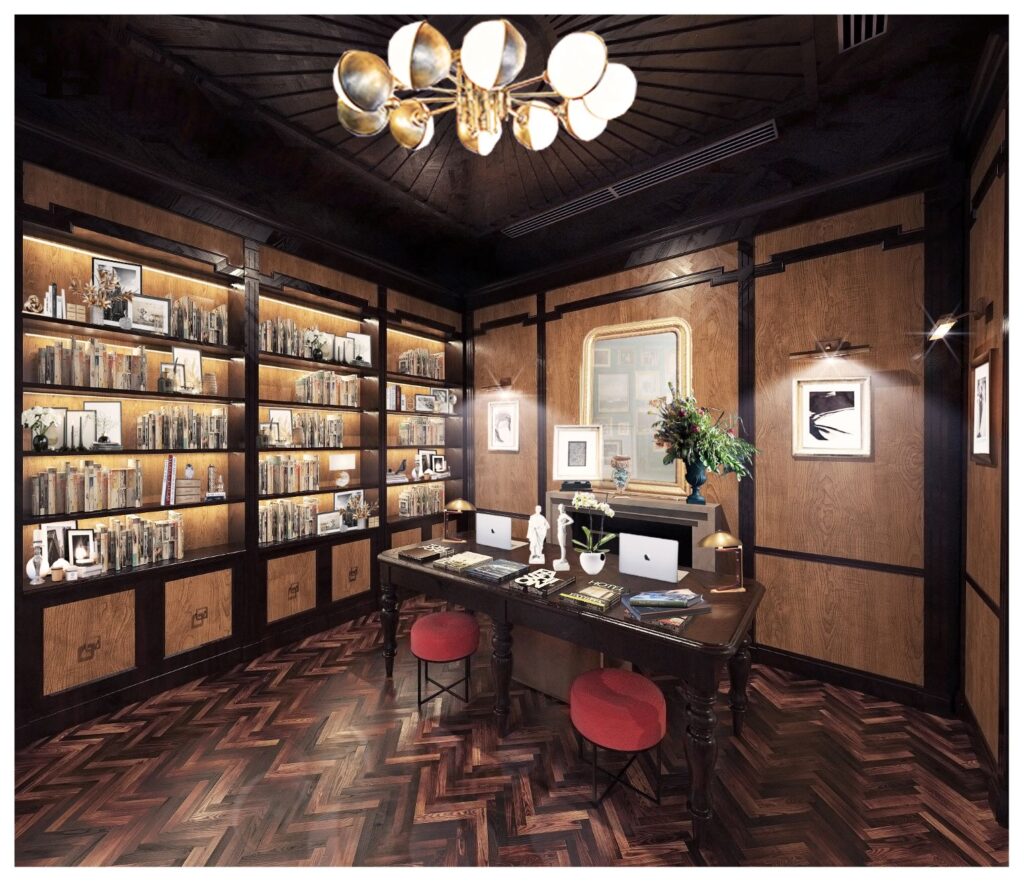 RPM Proget have created a unique hotel that brims with personality.

They have added character to the building and made it warm, comfortable and inviting.

Everything that a good boutique hotel should be.