Did Philadelphia lose its Soul?

Growing up in the early 1970’s my dream was to visit America.

In particular I wanted to see three places; New Orleans, the home of Jazz; Detroit, where Motown was founded and Philadelphia. Here was where you would find ‘Philly Soul’ and The Sound of Philadelphia (TSOP).

TSOP was a studio that gave us the likes of Billy Paul, Harold Melvin and the Bluenotes, the O’Jays, the Three Degrees, the Fatback Band and many more black music icons.

I imagined a city full of freedom, hope and harmony.

Two decades later I did go to Philadelphia and my dreams were shattered.

Instead of a thumping soul music scene, all I encountered were extremes of wealth and poverty.

The centre of the city was in a bubble, occupied largely by white middle class Americans working for multi-national businesses. 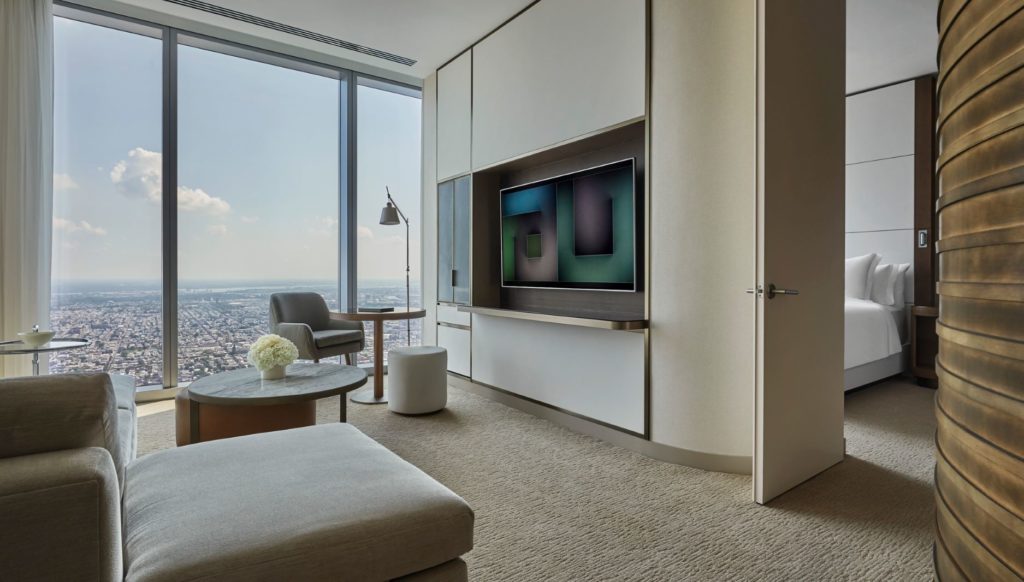 Beyond that, in some of the roads that led out of the city, were mile upon mile of run down, ghetto-like areas.

Unless you were unfortunate enough to live there these areas were strictly no-go.

The inequality was blatant and depressing.

Thankfully, twenty five years on, Philadelphia is a thriving, exciting and multi-cultural city.

The central ‘bubble’ has burst and there is now equal opportunity for all, or, at least, as much as you’re likely to find in any American city.

Tourists now flock to Philadelphia and the hospitality experience is first rate.

Witness the brand new Four Seasons Hotel Philadelphia, which opened this week and occupies the top twelve floors of the impressive Comcast Technology Center, from floors 48 to 60. 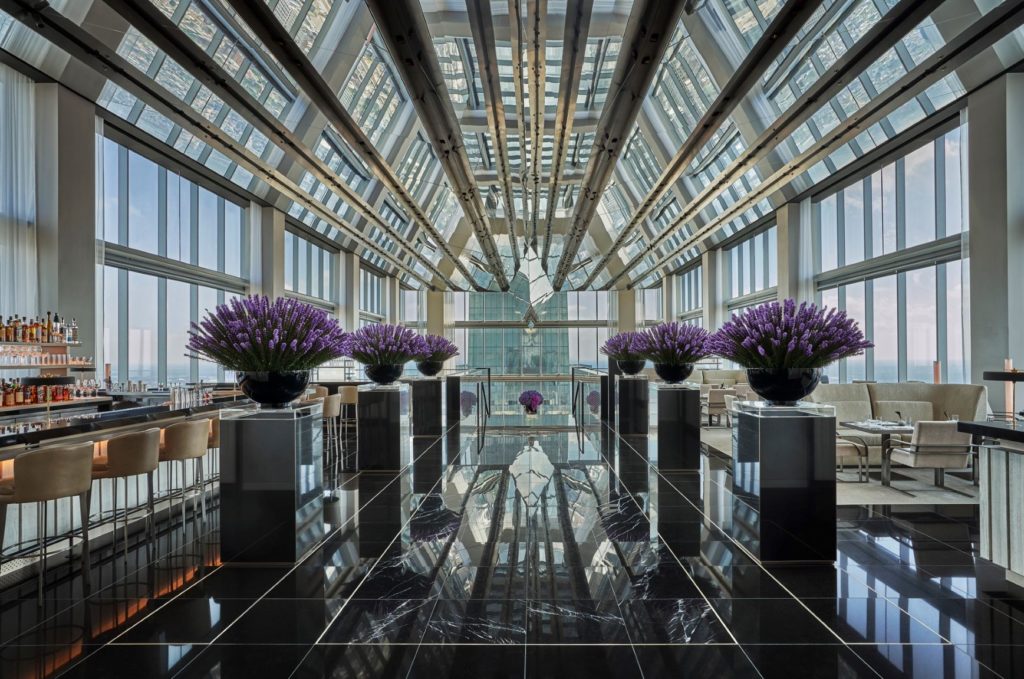 This commanding skyscraper is the second highest building in the city and the tenth tallest in the US.

The entire Comcast Center building and the interiors and furnishings of Four Seasons Hotel Philadelphia have been designed by world-renowned architect Norman Foster of Foster + Partners, who has effectively redefined the skyline of the city centre with this impressive structure. 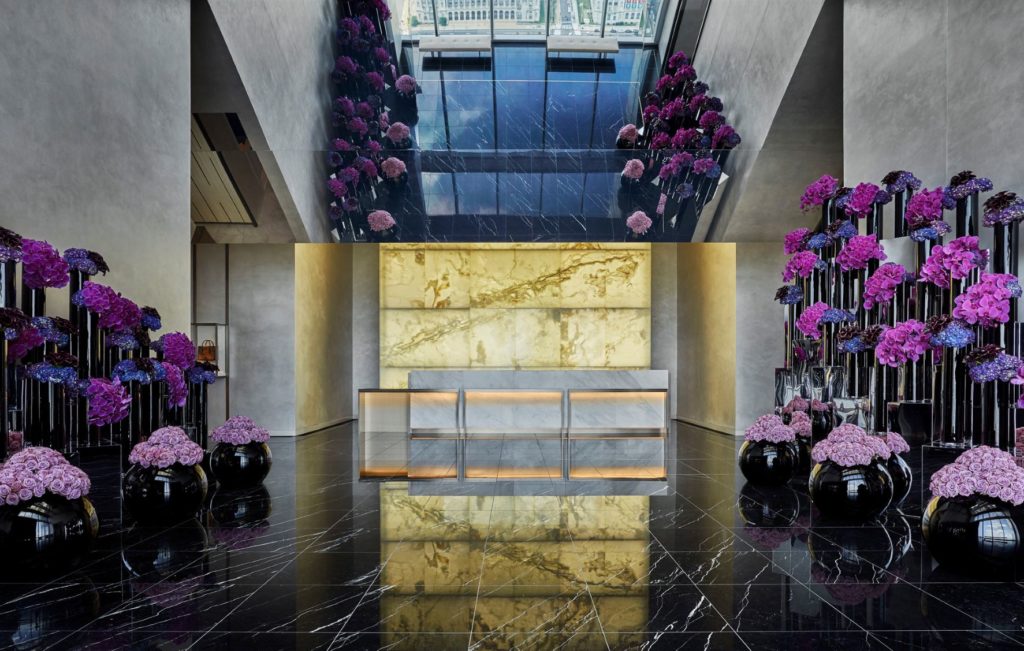 His designs are found throughout the property from the ground floor entry to the 60th floor Hotel lobby.

In addition, Tokyo-based teamLab has envisioned a giant digital floral experience as a modern expression of traditional Japanese painting techniques in the Hotel’s arrival lobby.

Every room in the hotel has floor to ceiling glass so guests can view the cityscape.

There are plenty of thoughtful in-room touches – the flat screen televisions, for example, double as art canvases.

Musician and record producer Brian Eno was commissioned to create an original video-music composition which plays upon entry.

This soundscape is called “Philadelphia Dorian” although I’d have opted for the soulful notes of Billy Paul’s Me and Mrs Jones, with words that would surely bring a wry smile to any free-spirited hotel guest.

Guests also benefit from the award-winning X1 Video Experience, including approximately 300 channel options and a complimentary library of more than 50,000 movies and shows on demand, all searchable with the X1 voice remote.

Michelin starred Chef Jean-Georges Vongerichten has chosen Four Seasons for his Philadelphia debut, literally taking his place at the top of the city’s dining scene with the 59th floor Jean-Georges Philadelphia restaurant and the 60th floor JG SkyHigh cocktail bar. 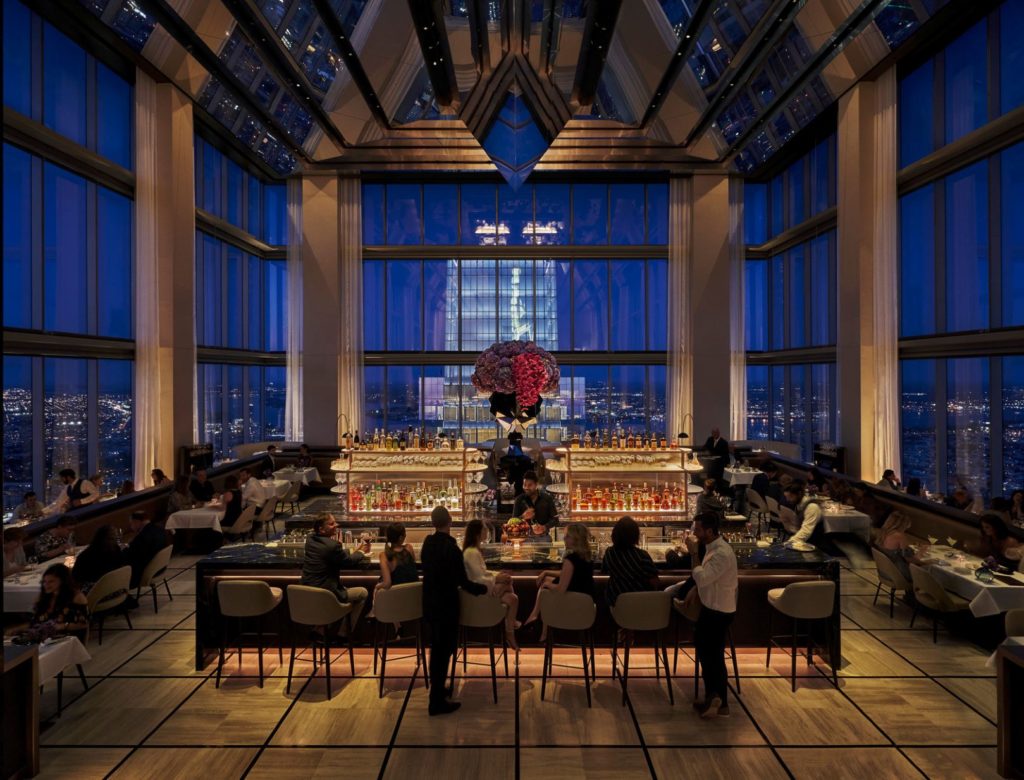 Norman Foster’s soaring space showcases the internationally acclaimed French-American chef’s signature cuisine within an atrium featuring 12 metre high glass walls and a cleverly mirrored ceiling that reflects both diners and the city below.

Vernick Fish, which opened a few months ago, is the first project in the city by Tihany Design, an international design firm known in the UK for their work at The Mandarin Oriental Hyde Park and Aspleys in London.

The space is contemporary and casual with a seamless transition from bar to dining area to outdoor seating.

White terrazzo extends along the back wall, where the chef’s kitchen is set against a backsplash of blue and cream coloured ceramic tile in shapes reminiscent of a school of fish.

Above, flexible event spaces include the Grand Terrace Ballroom with adjacent foyer and a 125 square metre outdoor terrace, as well as the smaller Arch Ballroom on the 5th floor; an easily accessed executive boardroom on the 2nd floor; and three additional spaces atop the Hotel on the 59th floor that can be configured for receptions of up to 80 guests against the backdrop of sparkling city lights. 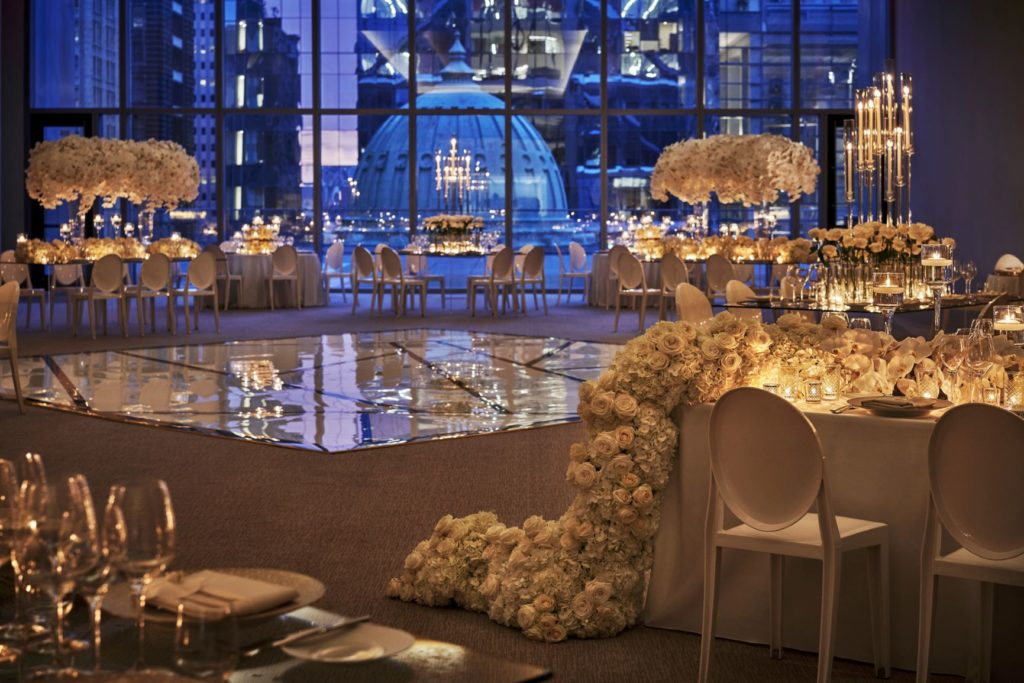 Natural light shines in every room, and the Hotel offers those who hire the space the opportunity to work with floral designer Jeff Leatham to create individual, one off interior designs.

Founded in 1960, Four Seasons Hotels and Resorts is dedicated to perfecting the travel experience through continual innovation and the highest standards of hospitality.

This striking hotel, with its 180 rooms and 39 suites enjoying expansive, unobstructed views of the city, is a worthy addition to the Four Seasons’ portfolio.