After a seven-year reconceptualization and meticulous restoration of a collection of seven historic buildings in the heart of the city, the new Four Seasons Hotel Madrid is now confirming reservations for arrivals beginning September 15, 2020. 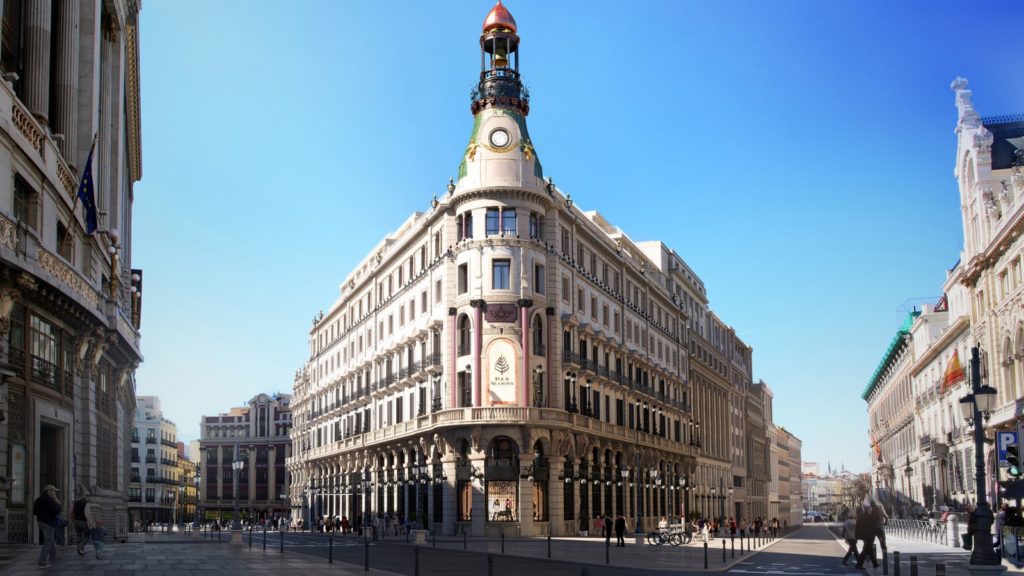 Architects Estudio Lamela led the restoration, preserving more than 3,700 artefacts throughout. Inside, interiors are by an international team of designers including BAMO, BG Architecture, Martin Brudnizki, AvroKO and Luis Bustamante.

“It’s truly been a labour of passion and love as these beautiful buildings transform into a fantastic setting for a new chapter in their histories,” says Christoph Schmidinger, Four Seasons Regional Vice President and the Hotel’s General Manager.

“Our owner partners OHL Desarrollos and Mohari Hospitality, and our all-star team of artisans, culinarians and hoteliers, share our vision for offering a very personalised Four Seasons experience in a truly extraordinary setting.”

Four Seasons is just steps from Kilómetro Cero, the central point from which all distances in Spain are measured.

In this truly pedestrian-friendly city, most of the main points of interest are within a 20-minute walk, including the 300 acre Retiro Park with its incredible Glass Palace and endless pathways amid trees, fountains and ponds. 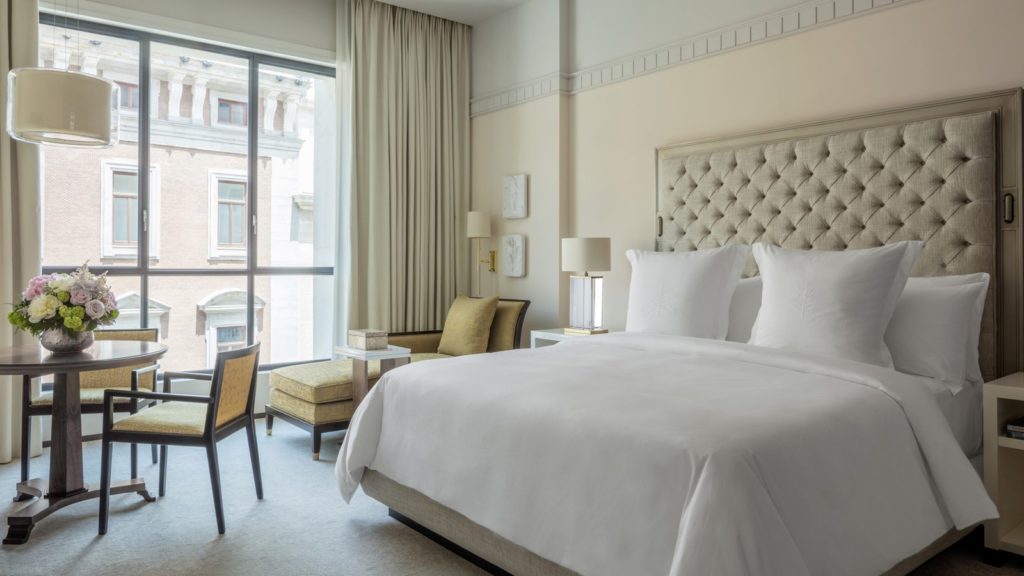 Three of the world’s best museums – the Prado, the Thyssen-Bornemisza and the Museo Nacional Centro de Arte Reina Sofía – form a Golden Triangle in the neighbourhood around Four Seasons.

Spanish celebrity Chef Dani Garcia will be at the helm of Dani, a new dining concept from the three Michelin-starred chef, with an unmatched rooftop setting envisioned by acclaimed London and New York-based designer Martin Brudnizki (MBDA) who is one of the best interior designers. 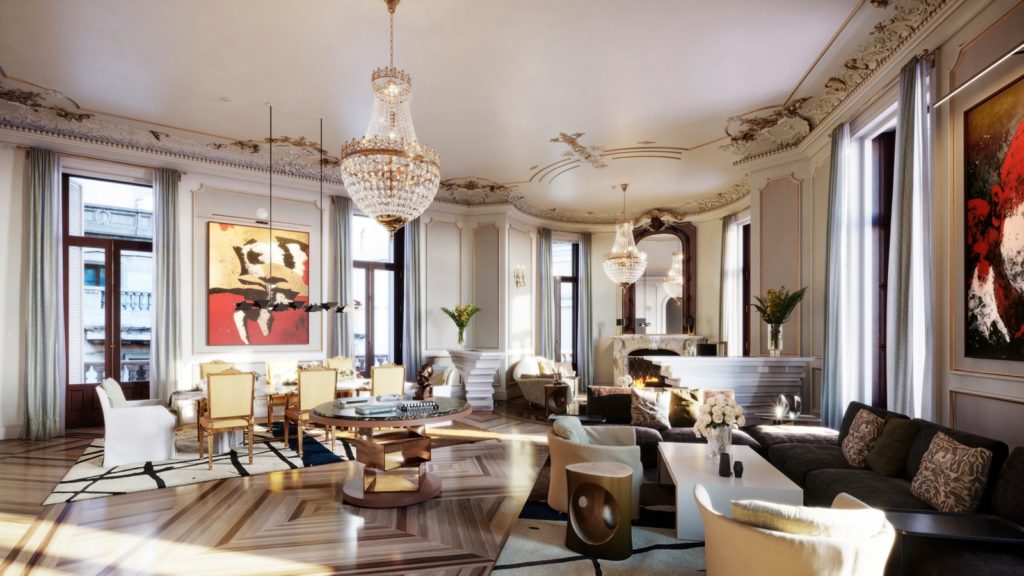 Expect a bright and vivid brasserie with a sophisticated touch, where guests will savour Andalusian cuisine and panoramic views throughout the day and evening, both in the spacious indoors and out in the sunshine on the terrace.

Isa, a gastrobar located on the first floor, will continue to move forward the tapas trend that began in Spain, adding modern Asian flavours paired with cutting-edge cocktails in a space created by global design studio AvroKO. 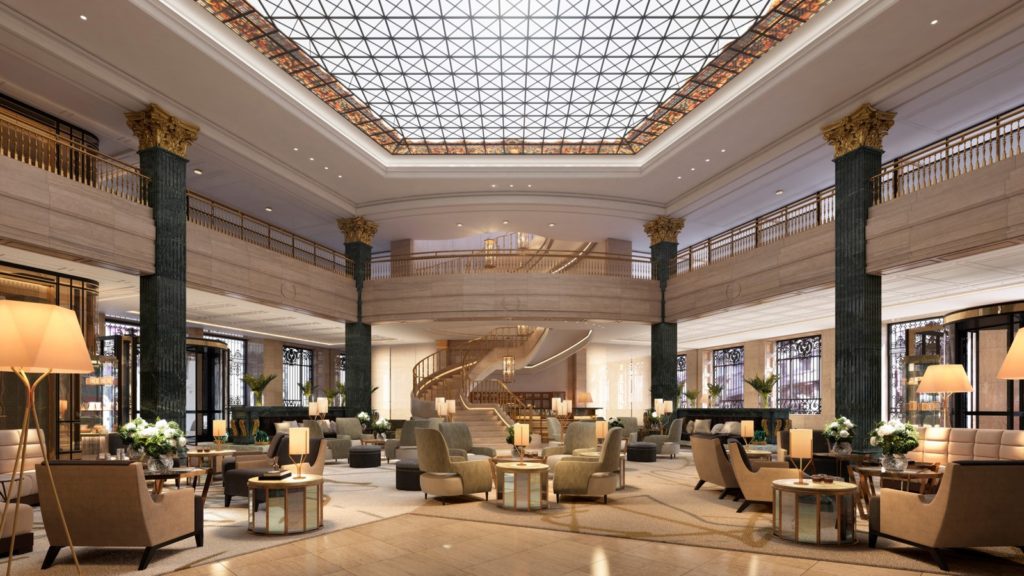 The hotel will have 200 rooms and suites – among them an exceptional triangular Royal Suite with double-height ceilings and numerous historic details.

In addition a new four-level spa retreat capped by a sky-lit indoor pool and sun terrace looking out across Madrid’s rooftops has been built.

The spa will be the largest in the city, offering eight treatment rooms plus a salon and 24/7 fitness centre.

Four Seasons Hotel Madrid is committed to providing an experience that is both safe and enjoyable for its guests.

In strict adherence to the latest local guidelines for health and safety, the Hotel is also implementing Lead With Care, a newly enhanced health and safety program at Four Seasons hotels and resorts worldwide.

Four Seasons also encourages the use of the award-winning Four Seasons App and Chat, which further allows guests to control how they engage with others – limiting face-to-face interactions while maintaining the highest levels of personal service.

Features of App and Chat include the ability to make and manage reservations, request luggage pickup, airport transfers, room service, restaurant and spa reservations, and much more.

Wait-free check-in and check-out is also offered, while Four Seasons Chat integration offers instant translation of 100+ languages, giving guests the flexibility for contactless engagement with Four Seasons staff throughout their stay in Madrid.