AMARA is the newest five star luxury coastal hotel to open in Cyprus.

This new build property, designed by Wilson Associates, David Rockwell and SB Architects, provides clear 180˚ panoramic sea views from each of its 207 rooms, the smallest of which, the deluxe bedrooms, measure an impressive 45sq m. 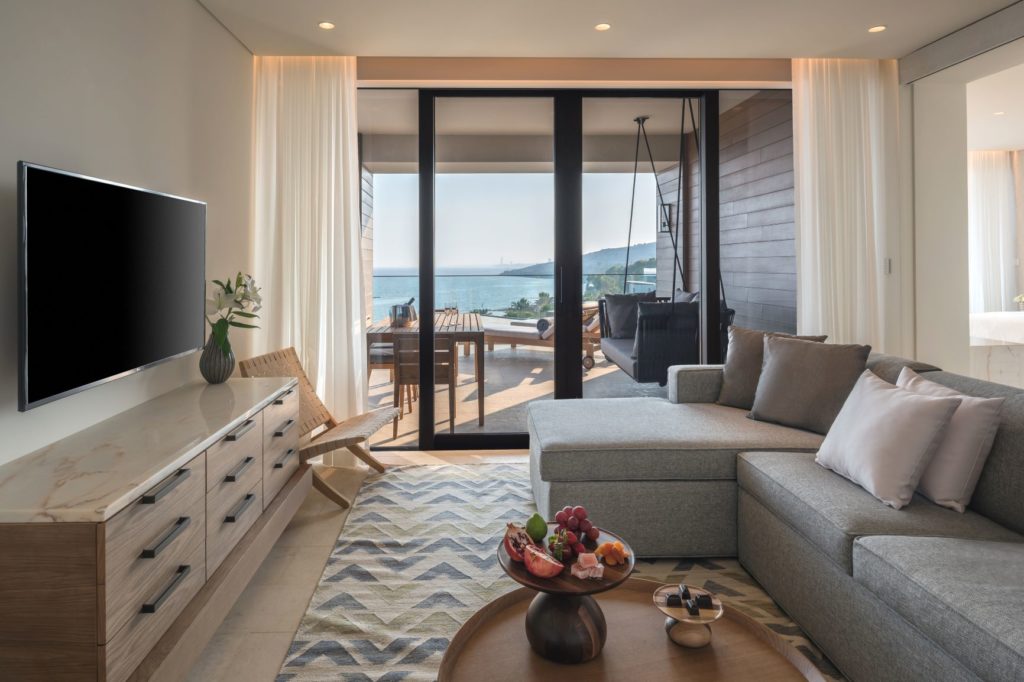 The larger suites include the AMARA Suite (230m²) and the Roof Top Duplex Suite that comes with its own private pool. 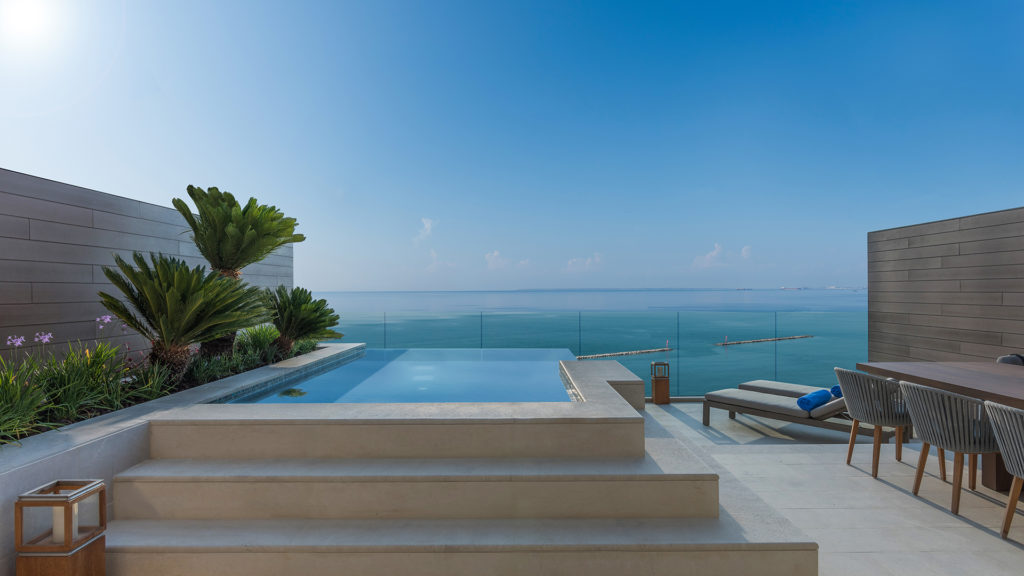 Stademos Hotels plc is the company behind the new hotel, they also own two sister hotels on the island: the Mediterranean and Elysium, which opened fifteen years ago and was reviewed by GS Magazine. 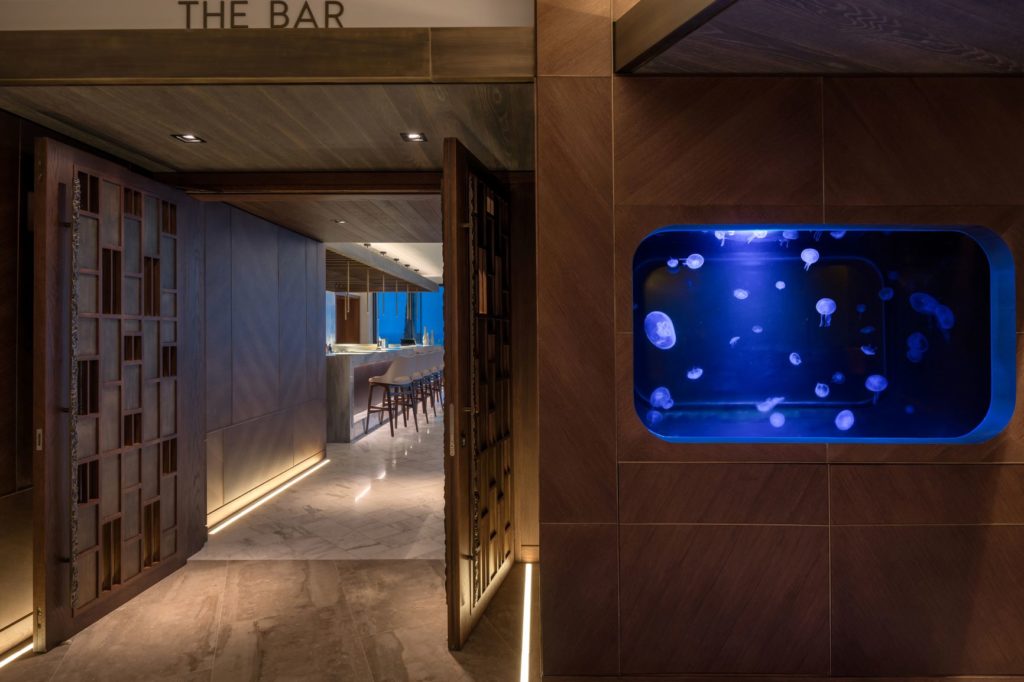 The hotel’s interiors were inspired by Cyprus’ intricate heritage, with cultural influences and architectural details expressive of the island’s Mediterranean landscape. 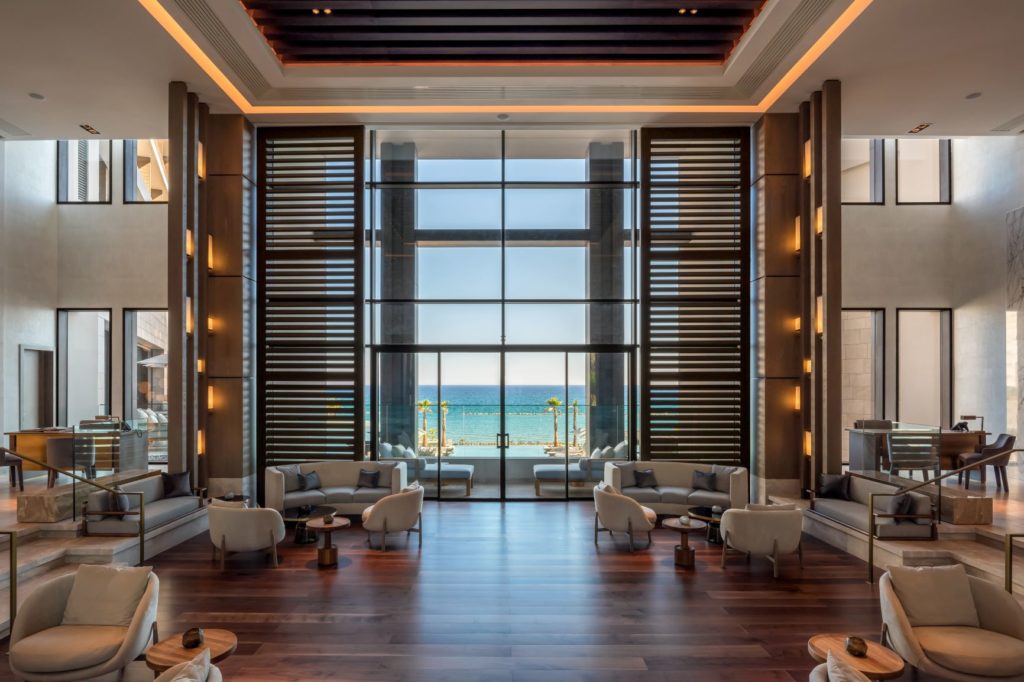 The floor-to-ceiling windows welcome an abundance of natural light into the rooms and suites, which are filled with soft, sandy tones, blue and teal colour accents, and warm wooden lighting fixtures.

The main hotel encompasses two distinct areas; the spa wing, which is adults-only; and the family-friendly wing, which also has its own dedicated swimming pool, a kids club and a crèche for infants. 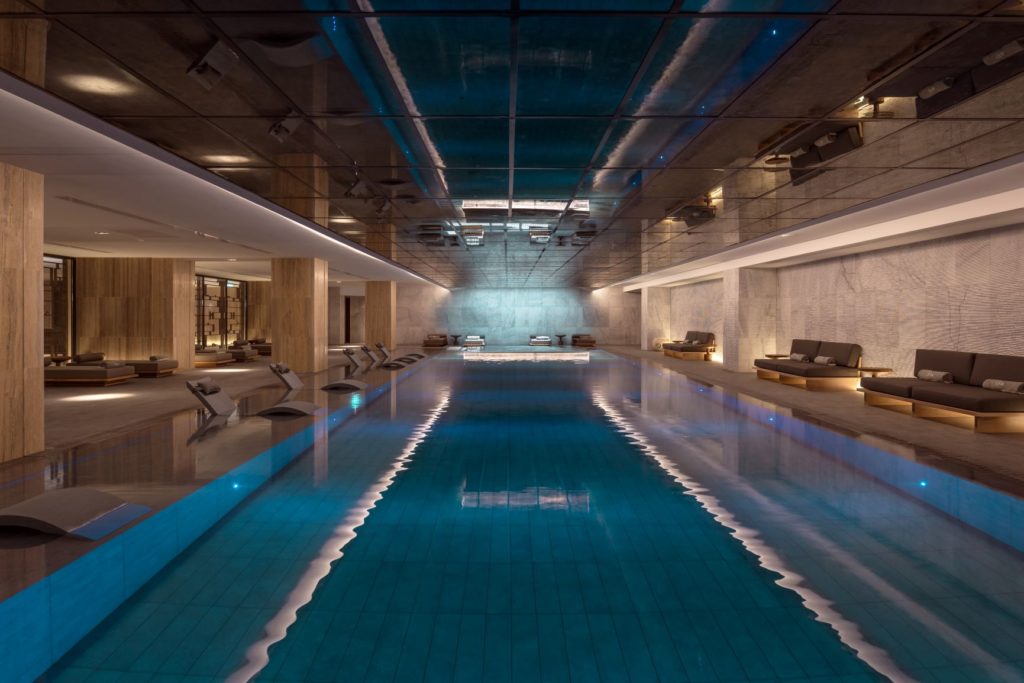 Sitting on the beach, separate to the central property, are a number of one and two-bedroom seafront bungalows with private pools, kitchenettes and space to accommodate up to six guests, perfect for large groups and families seeking extra privacy.

Guests staying in the bungalows and rooftop duplex suites can also make the most of an on-call private chef. 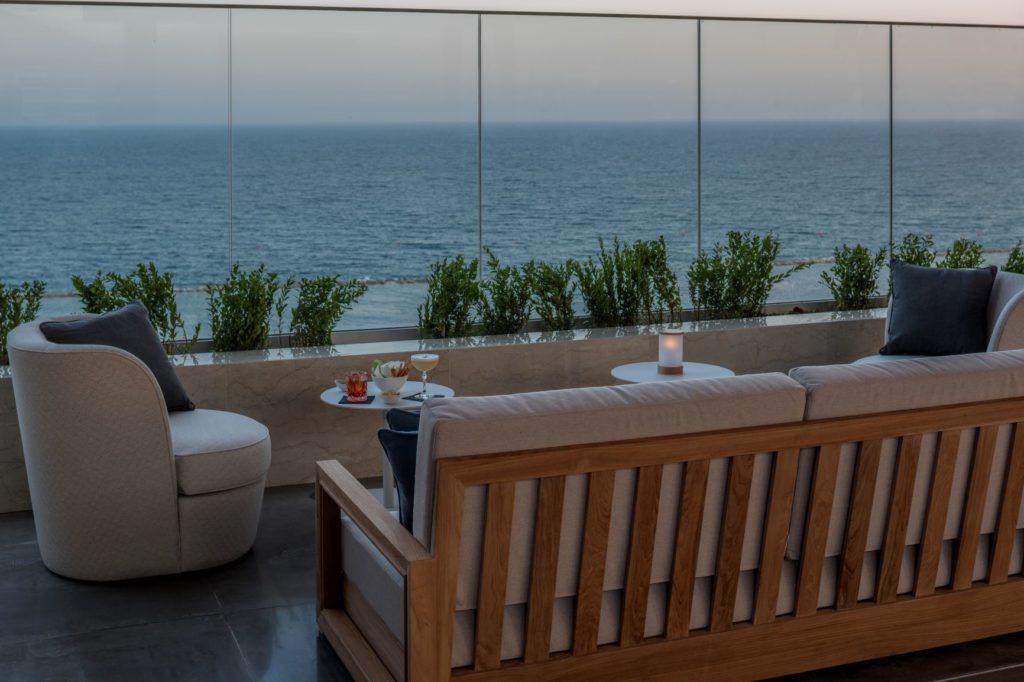 The spa, developed by Raison d’Etre, offers a host of Carita and Organic Pharmacy treatments, alongside a personal trainer, qualified nutritionist, nail bar and hairdressing salon.

Spa services also include a laconium, caldarium, tepidarium and a frigidarium, all inspired by ancient Roman bathing houses. 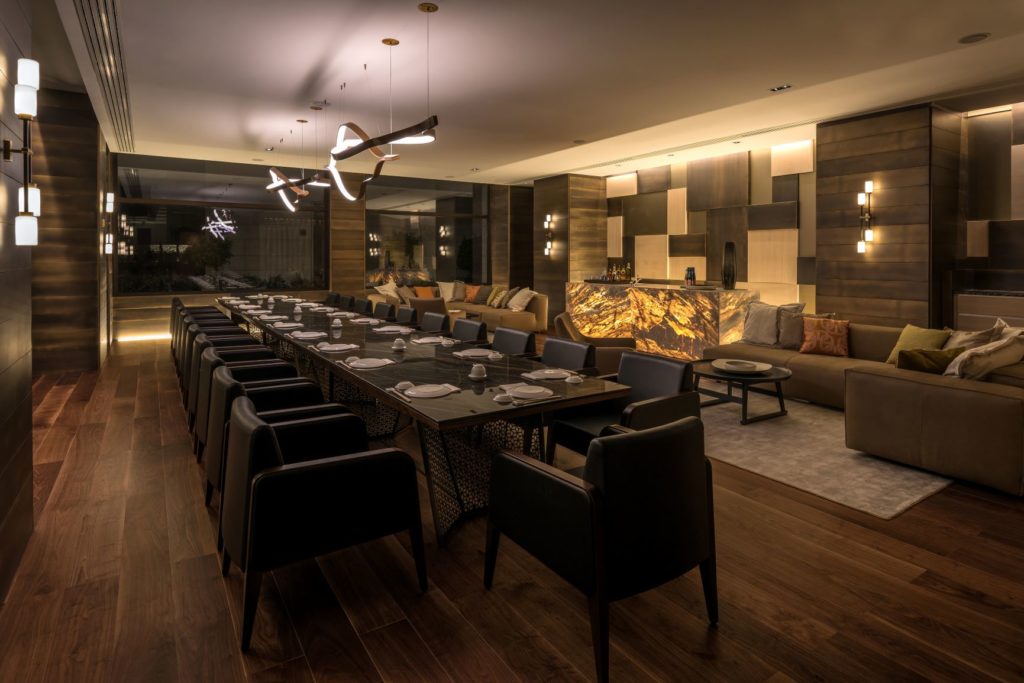 ‘Matsuhisa Limassol’ joins the collection of nine international restaurants by Nobu, offering his signature Japanese-Peruvian blend of cuisine within an intimate, sophisticated space.

Giorgio Locatelli opens his first Cypriot outpost at AMARA with ‘Ristorante Locatelli’, where guests can enjoy classic Italian dishes with a touch of the local Mediterranean flavours. 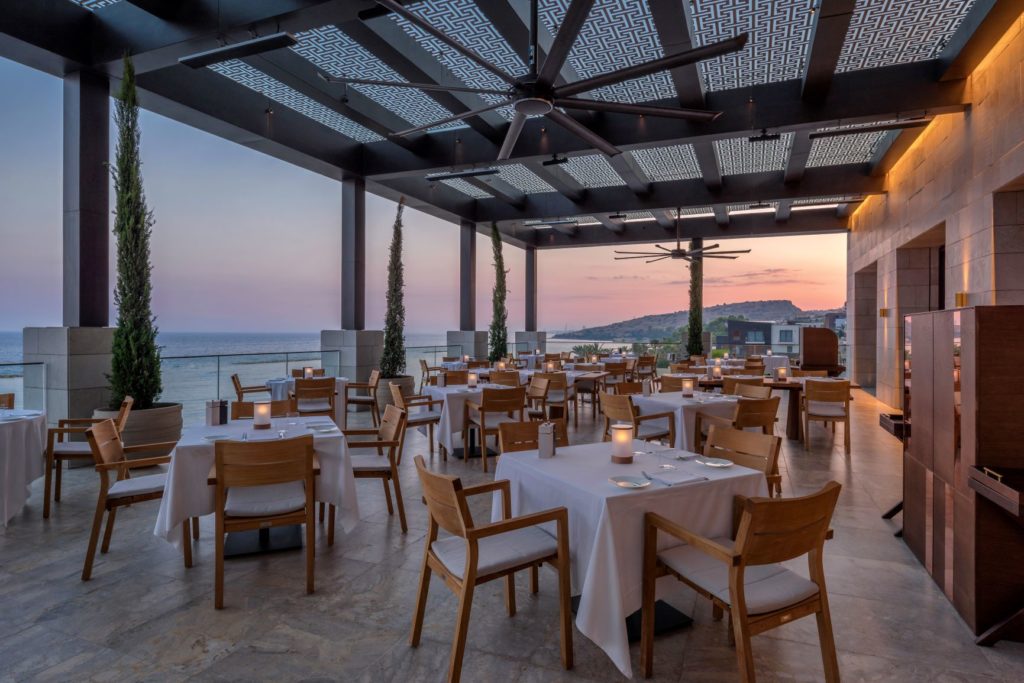 A focal point of the offering is the Italian-led wine list, which is also the visual centrepiece within the light-filled space, with floor-to-ceiling fridges displaying the wine selection. 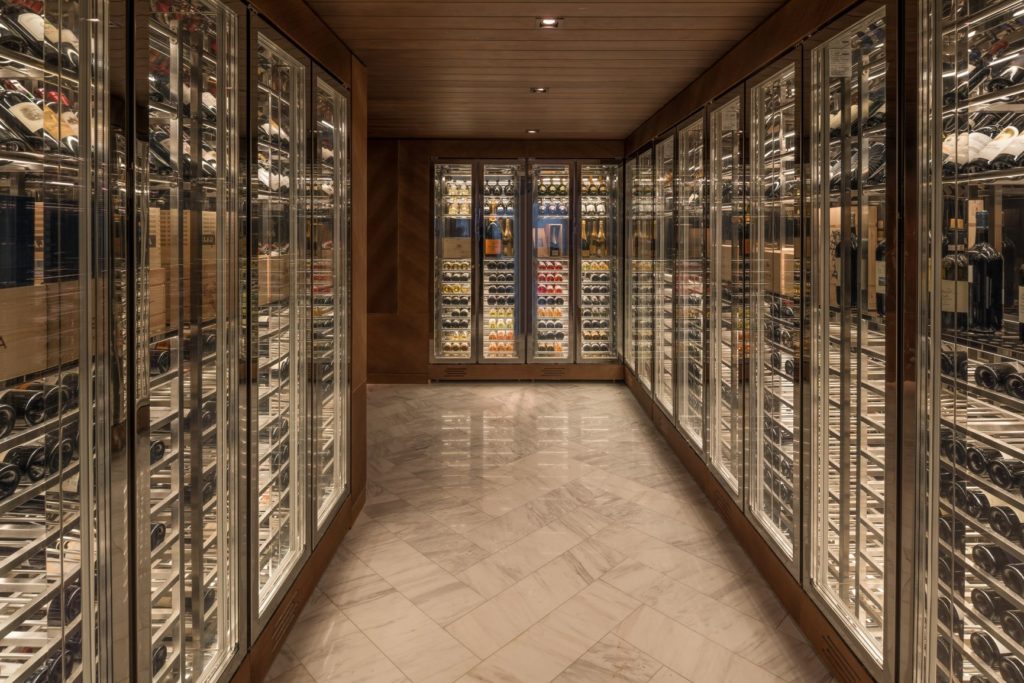 The final addition to the trio of dining destinations is Armyra, a Greek-inspired alfresco restaurant inspired by the relaxed Mediterranean style of living offering fresh seafood.

Situated on the beachfront, Armyra’s menu offers guests and non-residents alike fresh fish and seafood sourced directly from Greece, where the first Armyra restaurant was conceived.