Tribute to Albert Roux who has died aged 85

How sad to hear of the passing of Albert Roux, OBE.

Together with his brother Michel, Albert raised the standard of cooking in Britain to new heights and in doing so raised the reputation of the UK as a new destination for quality dining and a centre for gastronomy. As brothers they were comically tetchy with each other in public, an act that endeared them to television viewers with early cookery programmes such as Take Six Cooks and Cooking at Home with The Roux’s. They launched the internationally renowned Roux Scholarship in 1983, which has become the industry’s most acclaimed chef competition. In their kitchens they have trained many of the country’s finest and best known chefs and, of course, with Le Gavroche and The Waterside Inn they have held the most coveted three Michelin stars for more years than many of our readers can remember (Le Gavroche, which opened in 1967, was the UK’s first Michelin-starred restaurant).

On a personal note, I would like to express my most sincere sympathy to the Roux family.

Both Albert and Michel were extremely helpful and kind to me as an editor and then as a show curator. I have interviewed them separately for the magazine, been a guest at their restaurants and had the honour of interviewing them together on stage in 2010 at Hotelympia. For me that was a career highlight. I recall how warm and charming they were before and after that event; happy to spend time talking with members of the audience, giving encouragement to young students, signing autographs, posing for photographs and so on. And before, in the privacy of the Hotelympia VIP room, they spent a happy half hour telling stories of their past and laughing and giggling together like children.

I cannot think of any others who have done more to improve culinary skills in the UK. Albert and his brother will be remembered as true greats of the restaurant industry and will be sadly missed. 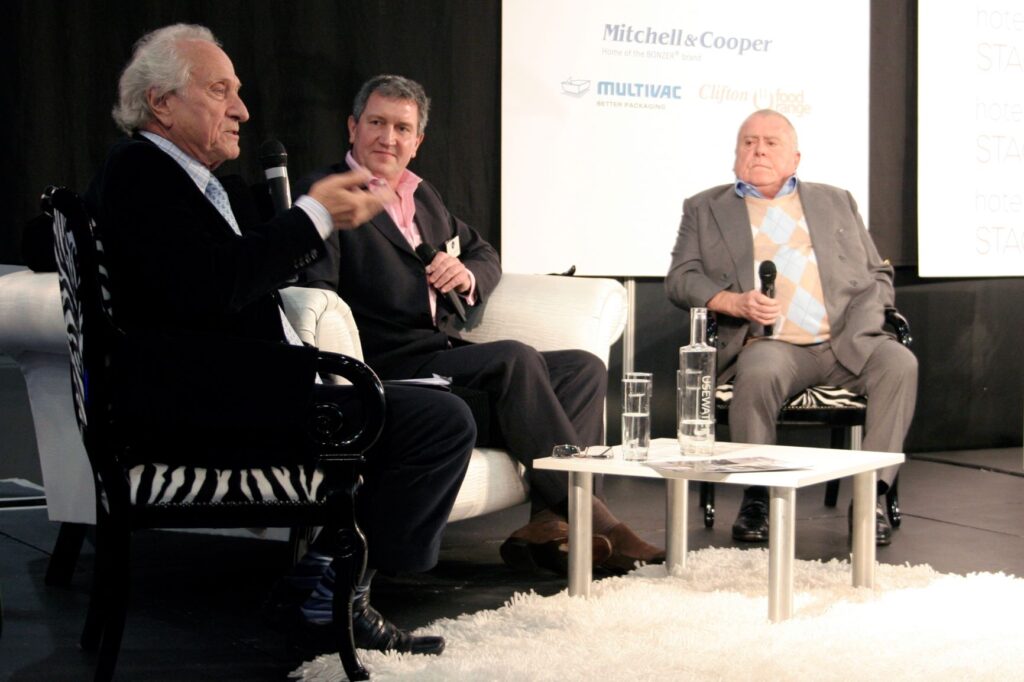 An interview with the Roux brothers at Hotelympia in 2010