This has to be one of the most exciting hotel openings in recent years and we cannot wait to see it.

After seven years and a £300 million investment, The Londoner, billed as the world’s first super boutique hotel, will open its doors this summer.

The property, is the latest project by Edwardian Hotels London and will take centre stage on London’s Leicester Square. 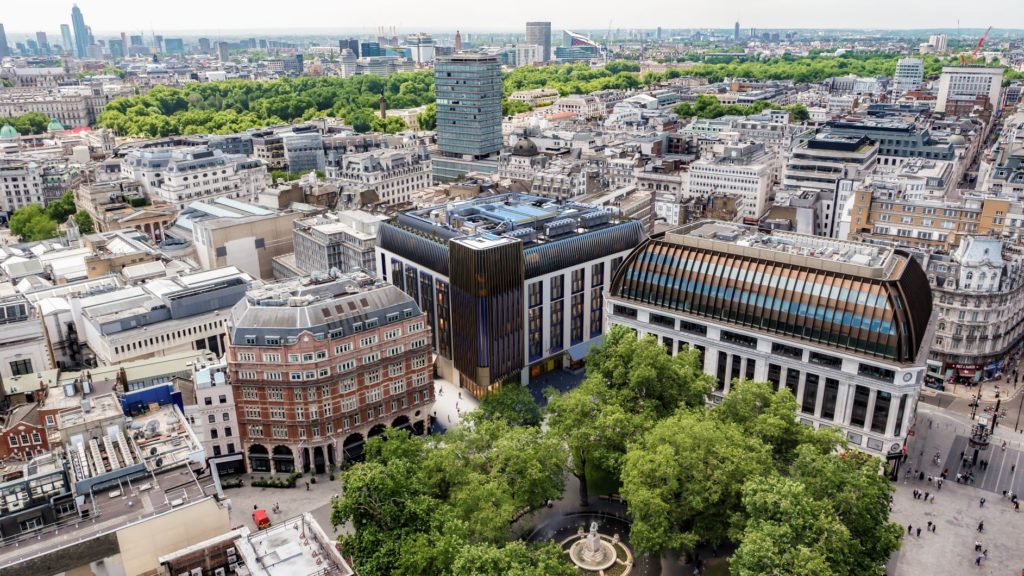 The project is a feat of design, architecture and engineering that aligns with the vision of Edwardian Hotels London’s Founder and Chairman, Mr Jasminder Singh to create “a celebration of London; its history, aesthetic and people.”

Its 16 storeys, six of which are subterranean, will incorporate 350 guest rooms, suites and a tower penthouse with panoramic views, two private screening rooms, a mix of six concept eateries – including bars and a tavern, alfresco dining on the ground floor and a contemporary Japanese lounge bar with a rooftop terrace and fire pit – plus an expansive ballroom suited for any occasion, a variety of meeting spaces and a results-driven gym and spa. 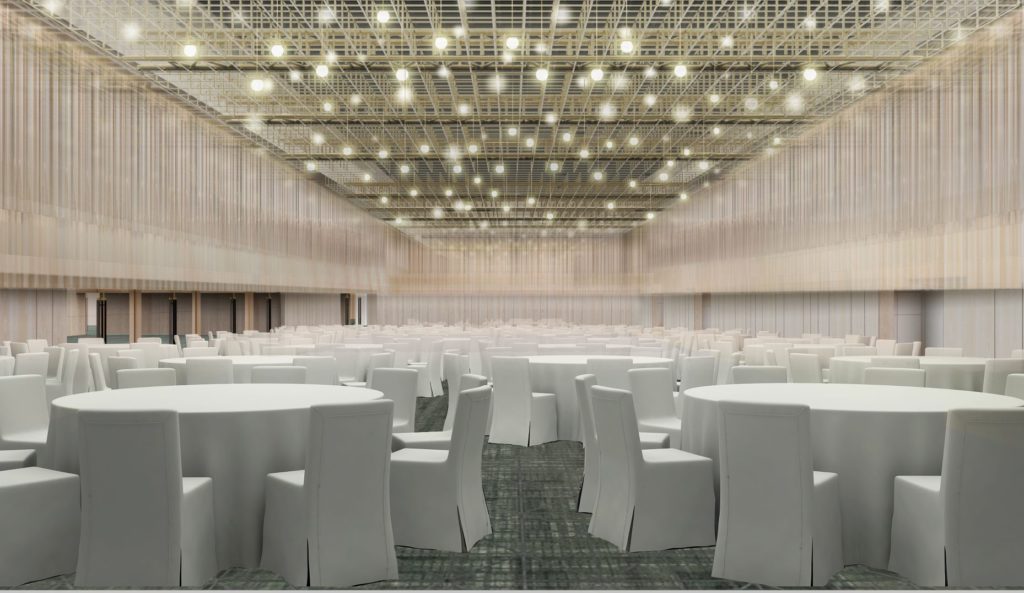 Rob Steul said: “From inception, Edwardian Hotels London saw the building as more than a hotel and sought to create an ‘urban resort’ destination of the highest architectural quality.

He continued: “It is essentially two buildings intertwined – with the interplay between them creating a dynamic guest experience.

“Working closely with City of Westminster planners, we carefully considered the urban context of the site and responded with a building which fits its context in both massing and materiality.” 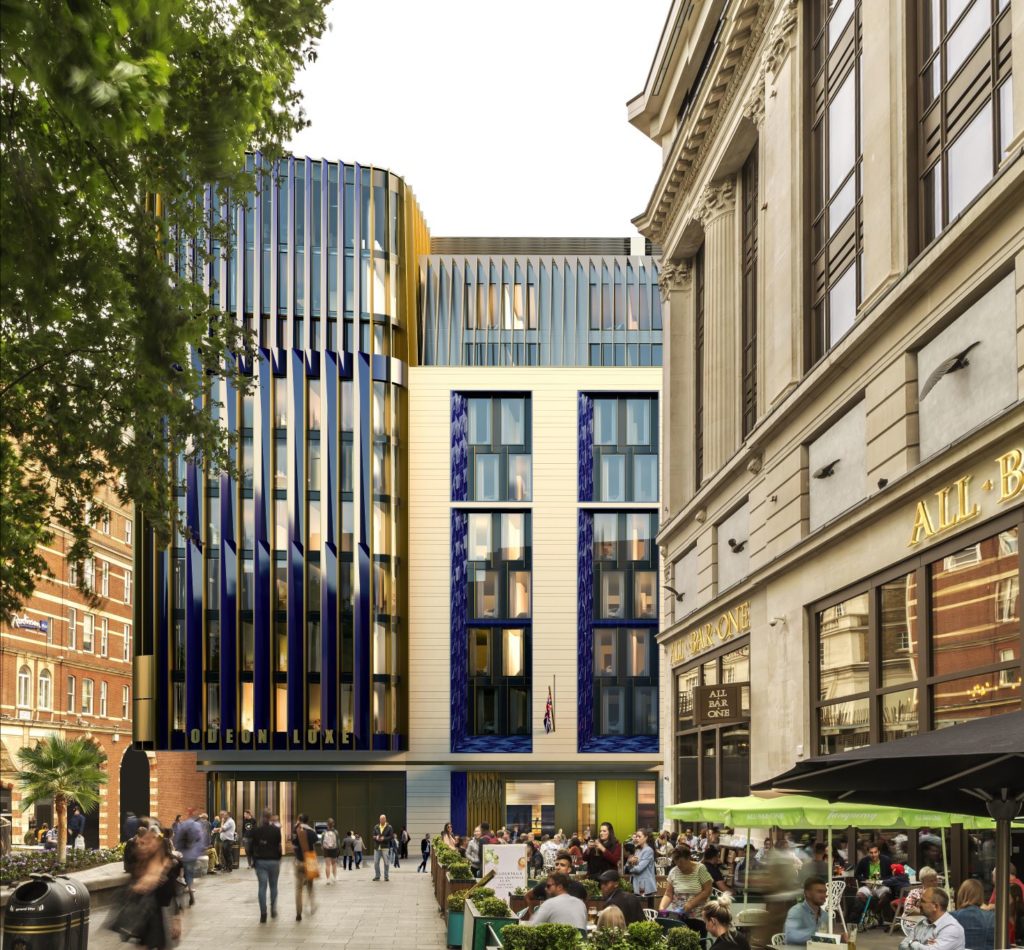 Nik Karalis, CEO of Woods Bagot comments, “The design of the Londoner is directly a result of its location in the historic theatre district.

“A spatial journey that takes the guest and local Londoners through both the subterranean, street level and connected visually through to the roof top.

“Along with several enthralling episodes of experience and interaction all not to be missed.”

Due to urban planning height restrictions, the architects proposed a 30-metre subterranean series of spaces on six levels, creating the deepest habitable basement in London and among the deepest in the world – a factor that presented a number of architectural, structural and engineering challenges for the teams involved.

In order to reach down to the depths required, an excavator had to be specially designed and made by construction company McGee Group, who built the basement and building superstructure. 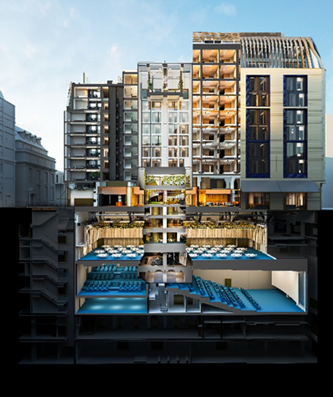 Portland stone predominates on the façade with a vertical pattern of punched bronze-framed windows trimmed in rich blue architectural faience tiles numbering over 15,000, which were both conceived and designed by artist Ian Monroe and individually hand-made by British company Darwen Terracotta.

Each tile took traditional artisans up to six weeks to create, from the initial pour through to the final firing – and when in place, set at a specific angle, will reflect the natural light of the sky during the day and the dynamism of the area’s myriad of lights following nightfall.

A truly public work of art (a condition of the hotel’s planning approval) and Monroe’s first hotel project, the faience extends from the ground floor of The Londoner up and through to its roof.

Inside, a luxurious and contemporary experience crafted by world-renowned designers Yabu Pushelberg speaks to the backdrop and approximation of the city’s cinema district. 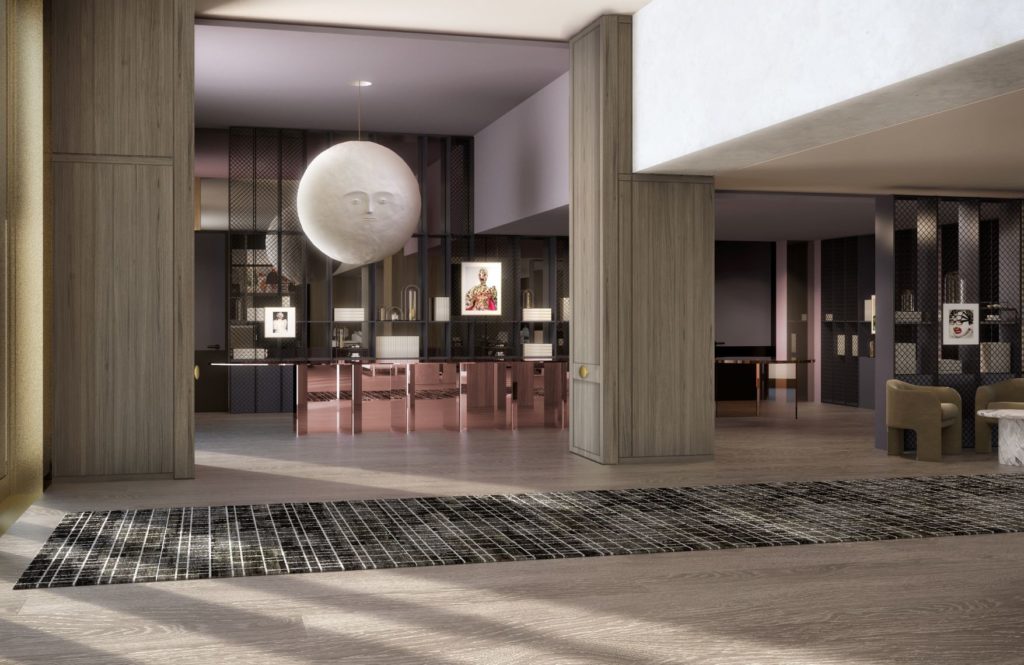 When talking about The Londoner’s guestrooms, George Yabu of Yabu Pushelberg said: “The Londoner was designed to play into the roots of Leicester Square as London’s historic theatre district.

“We created layers of programming up into the sky and deep into the earth to emphasize this extraverted, alluring, playful voice.”

He continued: “Through subtle nuances, we gently infused this energy into the guestrooms because we wanted them to remain evident spaces for comfort and relaxation.

“Stylistically, we tapped into traditional British sensibility and a minimal, cohesive neutral palette.”

Ensuring sustainable luxury for future generations, The Londoner secured a £175 million Green Loan from HSBC UK, which will ensure it exceeds the BREEAM Excellent category in building environmental and sustainable performance.